NEW Bhoy Liel Abada admits the Celtic fans left him “in shock” – BEFORE his debut at Parkhead on Tuesday night.

The £3.5million Israeli winger celebrated his first appearance for the Hoops with a 37th-minute strike in the 1-1 Champions League second round first leg qualifying tie only six days after sealing his five-year deal.

Abada certainly made a fabulous first impression with the 9,000 fans allowed inside the stadium, but, unfortunately, his baptism was cut short when he had to be sacrificed following the foolish red card for his compatriot Nir Bitton a minute before the interval and Ange Postecoglou was forced to put on Dane Murray in defence. 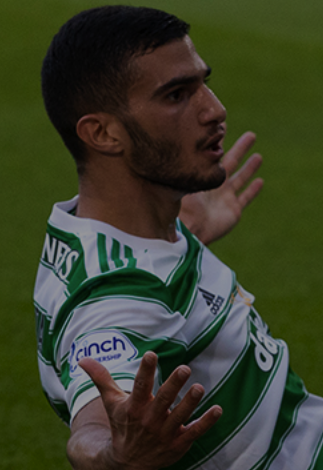 But the impressive 19-year-old raider was still left with wonderful memories of his first competitive outing for the club after his substitute appearance in the 1-0 weekend loss against Preston in the friendly.

Abada said: “It was an unbelievable feeling to start on such a big occasion in front of the fans for Champions League qualification.

“I gained so much confidence from the manager and my team-mates. Being given that opportunity showed me that they fully trusted me.

“When I arrived at Celtic Park on the bus, I was in shock with all the fans outside waiting to support us as we stepped off the bus. That was a new experience for me and I hope to make the fans proud.” 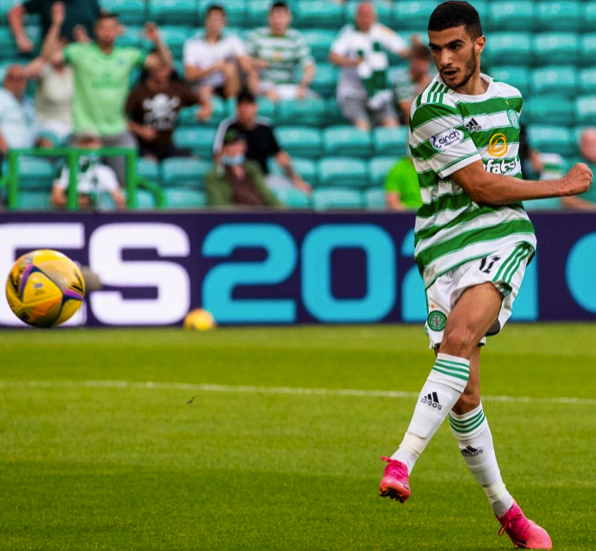 BY THE LEFT…Liel Abada fires in Celtic’s goal against FC Midtjylland in the 1-1 draw.

Abada, speaking to the Celtic website, added: “I was really excited at the beginning of the game. It’s a big stage and an important game for us. As soon as the game started and I got on the ball, I gained a lot of confidence.

“The fans gave me a lot of confidence and the players around me helped me settle and feel confident.

“That made me feel like I could do something special and I’m really happy I was able to help the team by scoring. To score on my debut was the best start I could ask for. I want to continue like this, work hard and show everyone that I’m a good player who can help the team.

“The most important thing for me is to help the team win. It doesn’t matter if I score, as long as the team wins and I feel confident we can win on Wednesday.”

The Hoops should be going to Denmark with an advantage, but cruel luck and some awful goalkeeping has left them with it all to do.

Ryan Christie and Callum McGregor both struck the woodwork and the Danes were allowed back into the tie when Vasilis Barkas allowed an angled free-kick to pass over his hands into the net for another in his catalogue of howlers.

Abada and his new colleagues will be hoping for better fortune in midweek which would almost certainly see them line up an intriguing third round qualifier against PSV Eindhoven who routed Galatasaray 5-1 earlier in the week.