Celtic Quick News on News Now
You are at:Home»Latest News»CELTIC, JORDAN LARSSON AND END OF THE ‘ROMANTIC NOTION’
By CQN Magazine on 4th August 2022 Latest News

The son of club legend Henrik has agreed a move “in principle” to German top-flight side Schalke 04, according to local Swedish media.

The seven times-capped Sweden international striker had his contract terminated “by mutual consent” by Spartak Moscow in June and the Hoops had been alerted to his free agent status by his representatives. 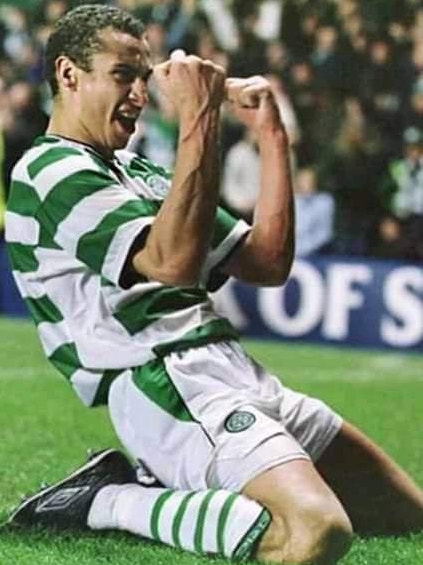 SWEDE DREAMS…Henrik Larsson celebrates one of his 242 goals for the Hoops.

However, there was no movement from Ange Postecoglou for the 25-year-old forward who spent the second half of last season on loan at AIK in Stockholm where he scored three goals during 10 league appearances.

Now it appears Larsson is heading within the next 24 hours for the newly-promoted Bundesliga outfit, who failed in a loan bid for Hoops central defender Christopher Jullien last month.

The latest twist in the Jordan Larsson story could end for all time talk of the player joining the Parkhead club.

There have been numerous links in the past that he would one day follow in the bootsteps of father Henrik, who fired in 242 goals for the club after arriving from Feyenoord at a bargain £650,000 in July 1997.

However, he is now on the brink of a four-year deal with Schalke 04 which should put reports of a switch to Scotland in cold storage.