Fathers Day is on Sunday 21st June and what better gift for your old man than a signed copy of Caesar & The Assassin, with a free Cesar DVD and a surprise gift from CQNBookstore.com

It was the best of times, it was the worst of times, it was the age of our lost golden youth, it was the age of boardroom mismanagement, it was the epoch of honest mistakes, it was the epoch of incredulity at the honest mistakes, it contained seasons of light, it produced seasons of darkness, it was the spring of our hope of getting back to European prominence, it was the winter of our despair as the light of hope was extinguished by counter attacking foreign teams, we had everything before us, we had nothing much to look forward to, we were all going direct to Paradise, we were all going to Ibrox – in short, the period was so far like the present period, that this noisy authoritative book insists on it being received, for good or evil, in the superlative degree of comparison only.

It was the year of Our Lord one thousand nine hundred and seventy eight and if Charles Dickens had written CAESAR & THE ASSASSIN: MANAGING CELTIC AFTER JOCK STEIN, he could never have conjured up a plot of such last minute twists, Machiavellian back-stabbing,  outrageous coincidences, and triumphs grasped from the gaping jaws of despair, as are present in this history of Celtic during our long lost youth. 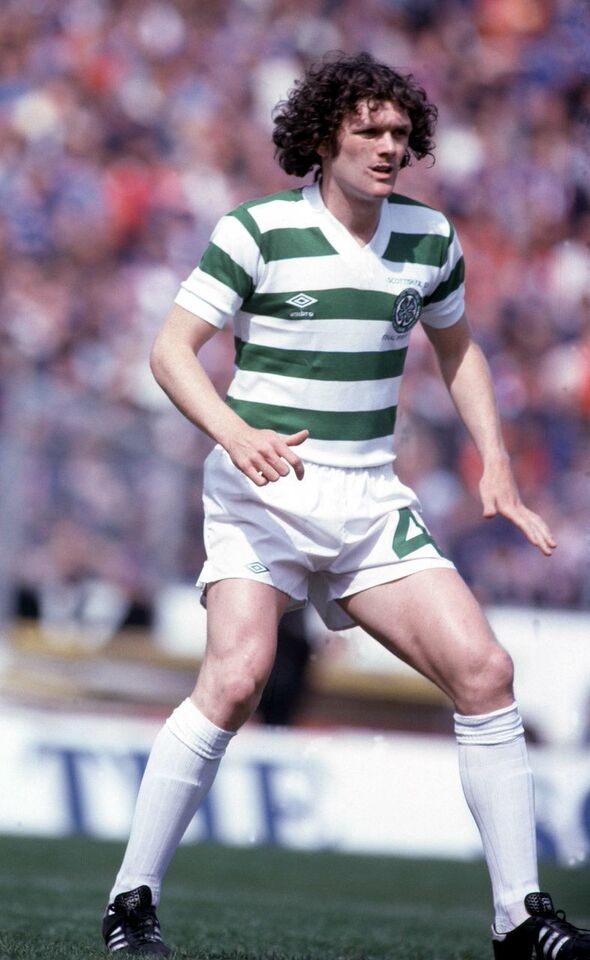 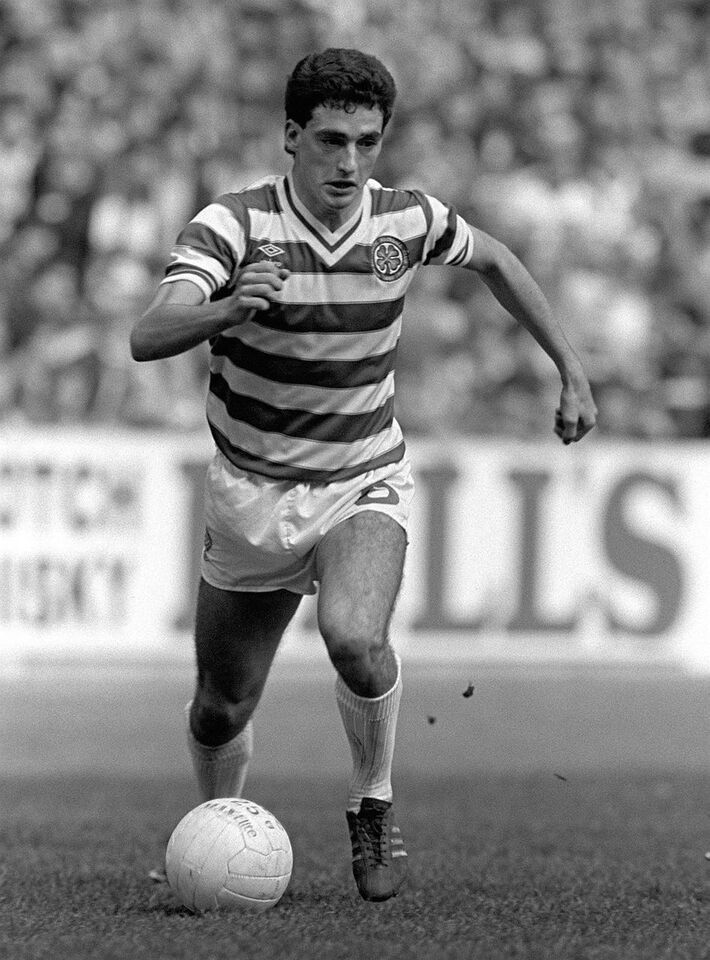 There are a few CQN readers who are ancient enough to recall the pre-Lions era and the Lions themselves with admirable clarity, even in their dotage but for most of the CQN demographic, this book covers the period wherein the chains and shackles of Celtic-ness were firmly placed upon us. We remember them now with the rose tinted nostalgia of longing for our younger selves and we sometimes remember them as better than they were. These were our halcyon days and they are presented to us with more accuracy and honesty than we are often capable of when recalling them.

Alex Gordon has raided the memory banks and past publications of two of our finest servants, Billy McNeill and David Hay, to provide a more reliable pen picture of our glory days. Mark Twain said that “When I was younger, I could remember anything, whether it happened or not.” This book gives us a chance to compare the contemporary account with what happened in real time in the order it really occurred. 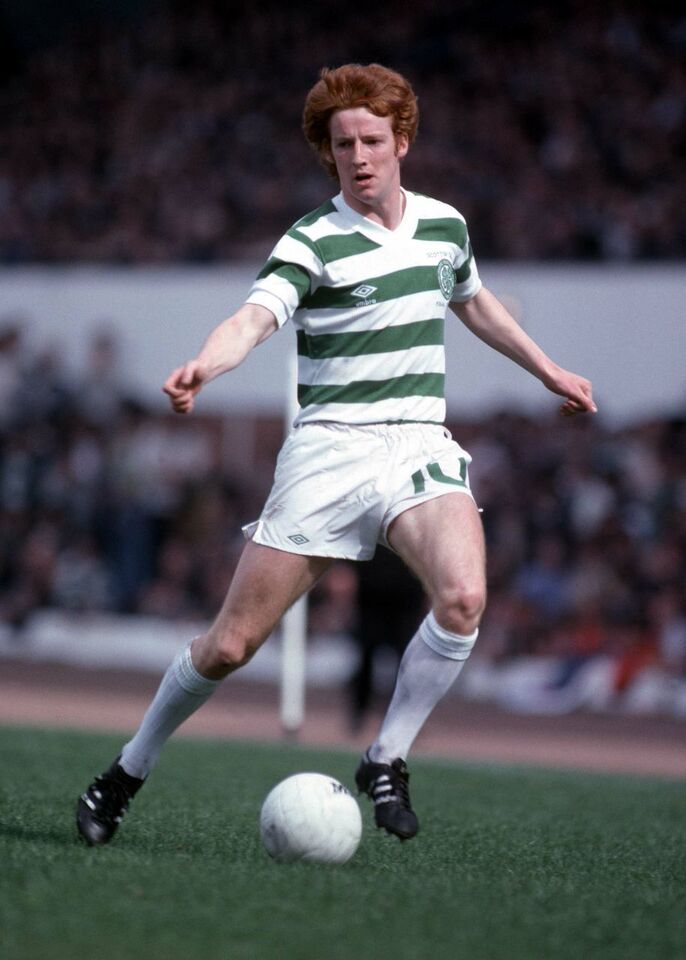 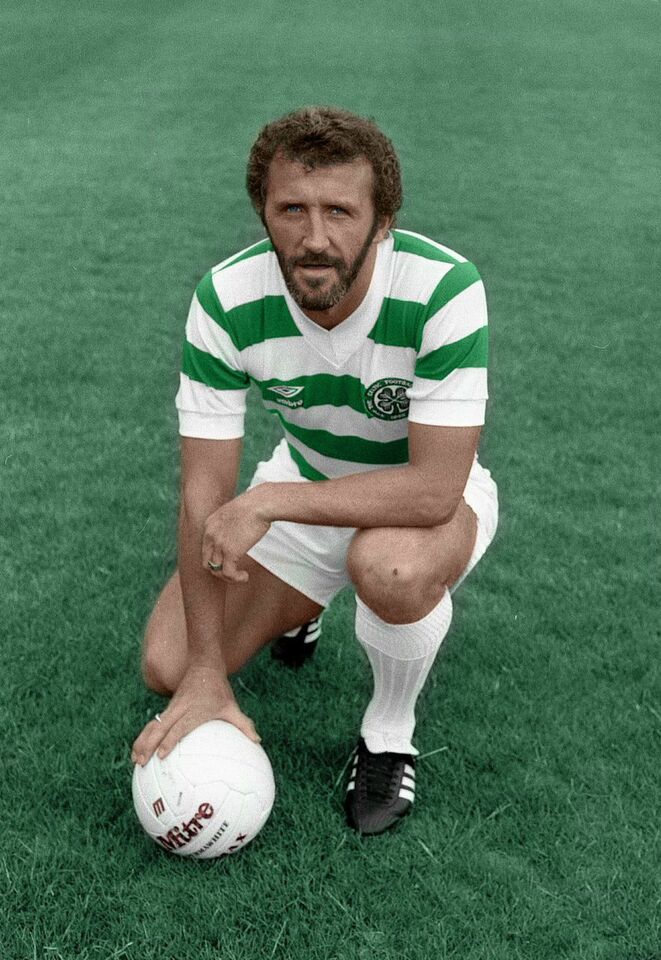 These 32 chapters of history in the McNeill-Hay- McNeill management era, August 78 to May 91, when Liam Brady took over will set you straight. It was not a time of constant glorious victory by which we can denigrate the modern players and team in comparison. Billy’s first spell up to May 83 saw a win percentage of 64.2% (3 titles, 1SC and 1LC), Davie Hay from 83 to 87 managed 51.8% (1 League and 1 SC) and Billy’s last spell was 54.8% (1 league and 2 SCs). The 3 managers (including Frank Connor) that followed, however, won nothing and it would be 1995 with a SC win under Tommy Burns before we celebrated again and 1998 before the League was ours again.

The format of the book is to give 2 chapters to each season covering roughly August to December and January to May respectively with an additional chapter to recount our Cup runs that year. Occasionally a chapter is devoted to an important European event, the 1980 quarter final against Real, the Amsterdam win against Cruyff’s Ajax or the horrors of the Rapid Vienna battles. Some domestic events such as 10 men won the League, the Miracle of Love Street and the Centenary Cup Final are given full and separate coverage too. 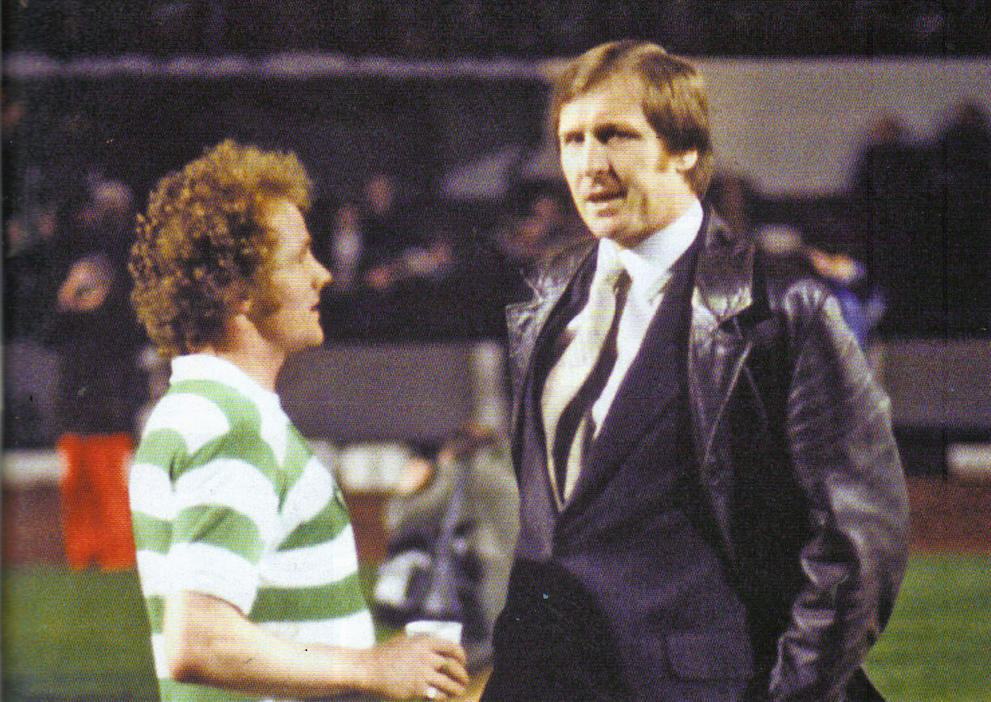 It is a partisan account, representing forcibly the disappointments and occasional bitter memories of how these two legends felt they were not supported in their desires to maintain Celtic at the levels to which Jock Stein had propelled us in the mid-60s. Desmond White and Jack McGinn are not always fondly recalled in this account but it is a story told with love and affection which triumphs over any traces of anger or regret that remain today. These are Celtic men who can have arguments with temporary Celtic custodians but who could not remain estranged from the Celtic family because of this.

There are tales which are familiar and tales which will surprise. There are telling details provided which add to the prosaic presentation of individual game facts and who scored the goals. There are a lot of familiar themes relevant to the present day. The task that Davie and Billy faced, on our behalf, of competing with the inflated expenditure of the Souness period at Ibrox is relevant to our most recent 15 years. The balance to be struck between a harmonious Board:Manager relationship and a warring outlook about teams that always need strengthening is well depicted. The two managers can look back with more sympathy for the Directors than they felt at the time but both remain adamant that they could have done so much more if purse strings had been loosened. The handover from Hay to McNeill’s second spell is particularly poignant. Where Davie had been starved of cash to deal with the imminent departures of Johnston, McClair, McInally and McLeod, Billy was given cash, albeit much below the Souness spend levels, as a one-off never-to-be-repeated deal so that we could enjoy a Centenary Year of triumph before we were back to old clothes and porridge. It is made crystal clear that this was an era which was pre-Bosman, pre-EPL wage inflation, and pre-Champions League high finance where Celtic were better placed to maintain a grip on European competitiveness than we managed to do. 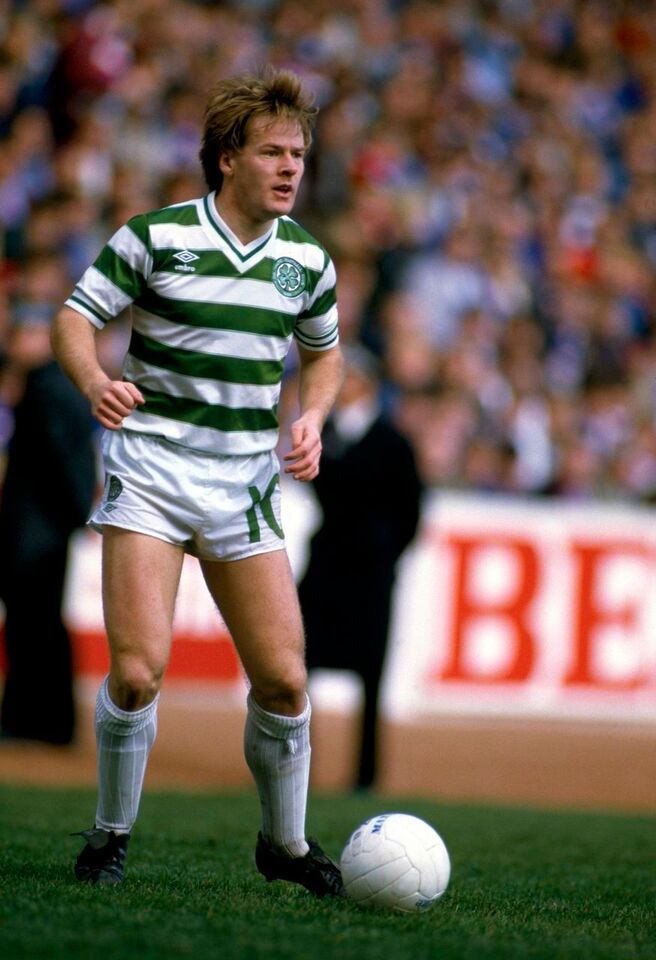 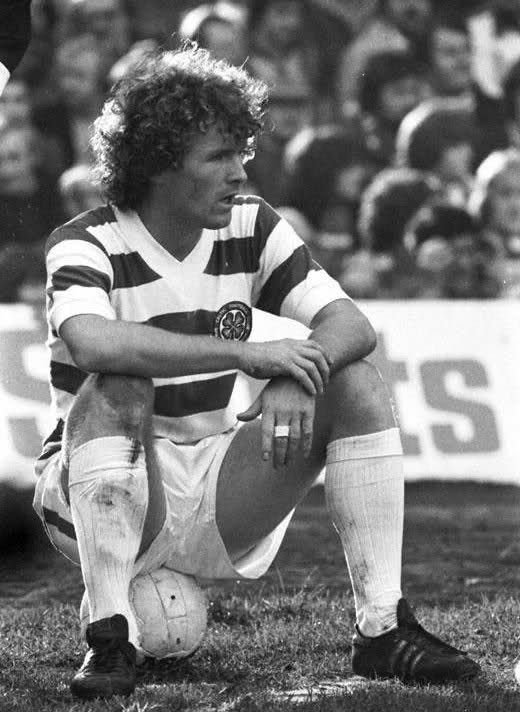 If I have one criticism of the book, it is that we learn little of the detail behind the Board’s argument for parsimony at the time. There is a quote on p.353 which says:-

“Yes, Desmond (White) had his critics, but I know he would have been better equipped to assist me when Graeme Souness arrived at Ibrox and was given what appeared to be a blank cheque book,’ said Hay. ‘Desmond was careful with money, as we were all aware, but, importantly, he understood what Celtic were all about.’ No elaboration was required from Hay “ 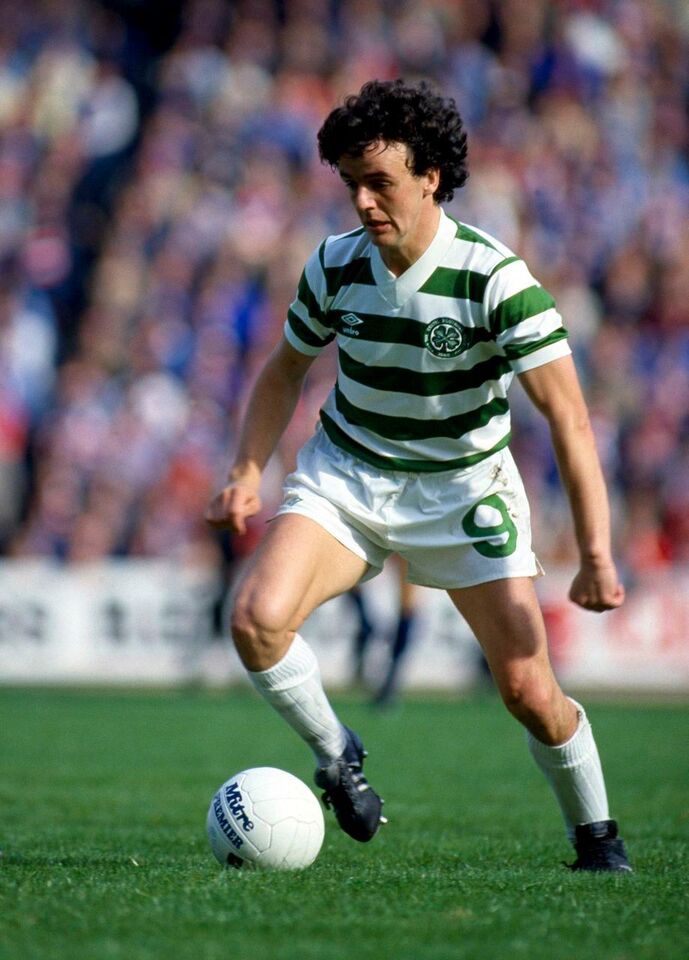 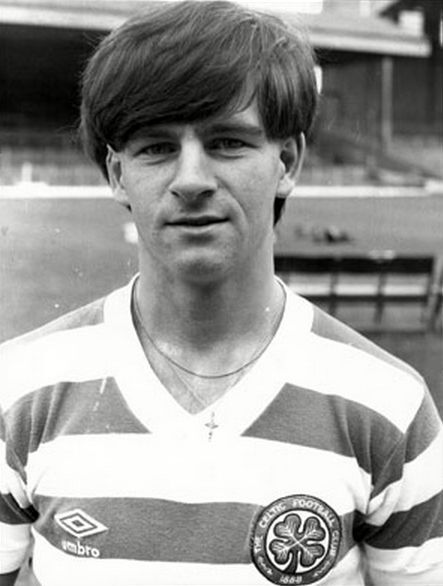 Well, maybe you had to be there to understand why elaboration was unnecessary but I would welcome some elaboration and context. What were Celtic finances like at that time? Did the managers know if we were on sound footing or in financial difficulty? We were to experience a near bankruptcy event in the following decade so it would be nice to hear the argument in favour of prudent finance. The Board voice does not feature and Billy and Davie have good reason to be disinclined to voice it for them. That caveat aside, we do learn a lot about the part that personality clashes can play in a management team and the dirty tricks employed to make a manager seem unwanted.

This book serves the requirements of two types of reader. For the stats and detail buff who is keen to test your memory and collect facts, you can read every word in order and recall each game whether it was an important or a dull one. If you want to read a good sports story and the scandal behind the facts, you can race through the match and goals descriptions to get to the nuggets where the main events are retold and the background fleshed out. Author, Alex Gordon has done a fine job in ensuring that both types of reader will find satisfaction within these pages. 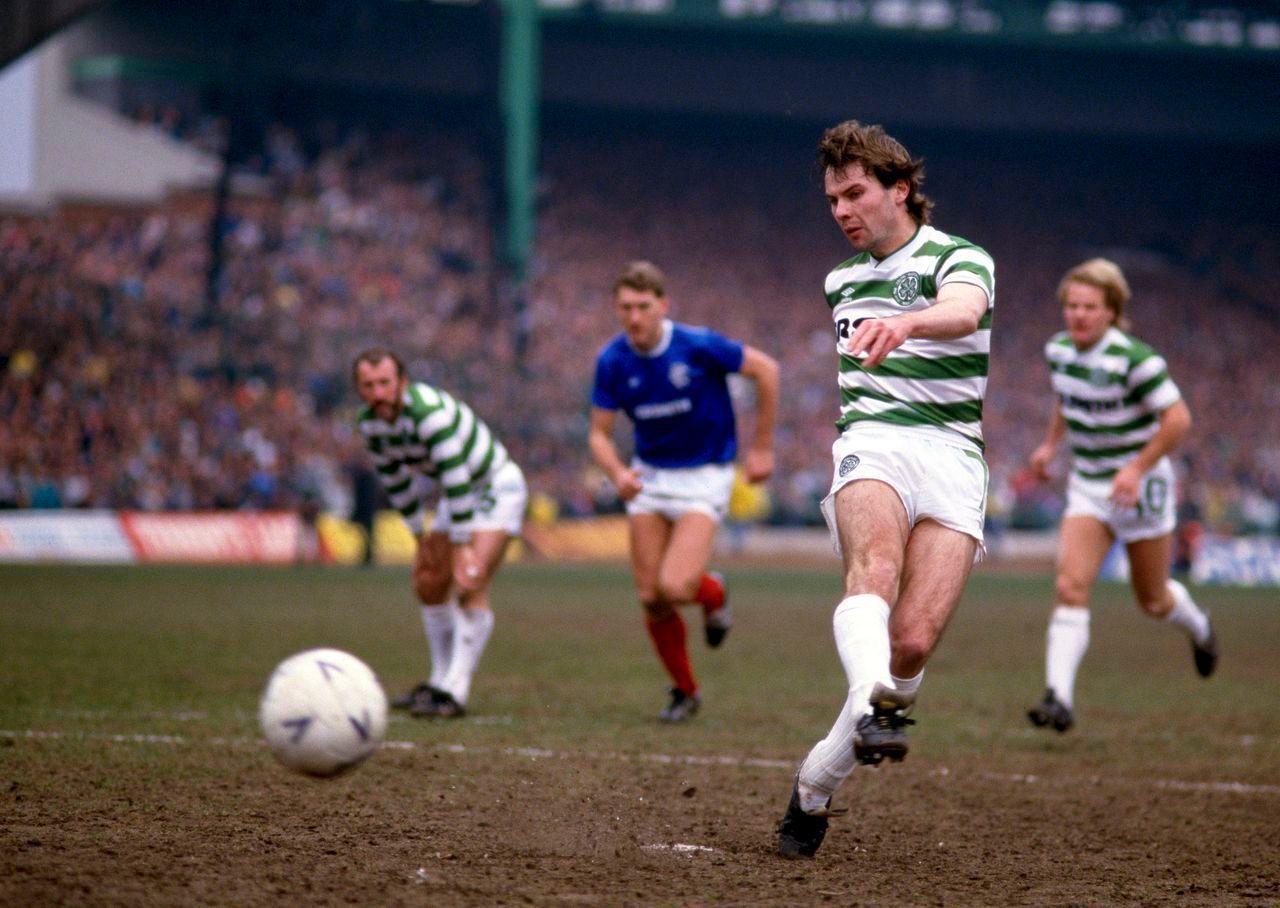 There are surprises to be found in learning which players might have ended up at Celtic Park. There are telling insights into signing coups and signing disasters. Some good Celtic men were not treated well by this club and some good Celtic men did not treat the club well.

There are Celtic legends like Burns, Provan, McStay, McGrain and McAvennie whose careers are recounted well and there are lesser known names like McGugan, McCarrison, and Halpin who appear. Two of my contemporary school-mates are mentioned, Frank Welsh and Frank Gray.

There are surprising facts which will form good quiz questions.  Apart from learning how Billy’s nickname changed from Cesar to Caesar over time, my favourite would be- “Why was Bruce Cleland an important contributor to our Scottish Cup success in the Centenary Year?” I’ll let you find that out for yourself as I have tried to avoid spoilers in this review. 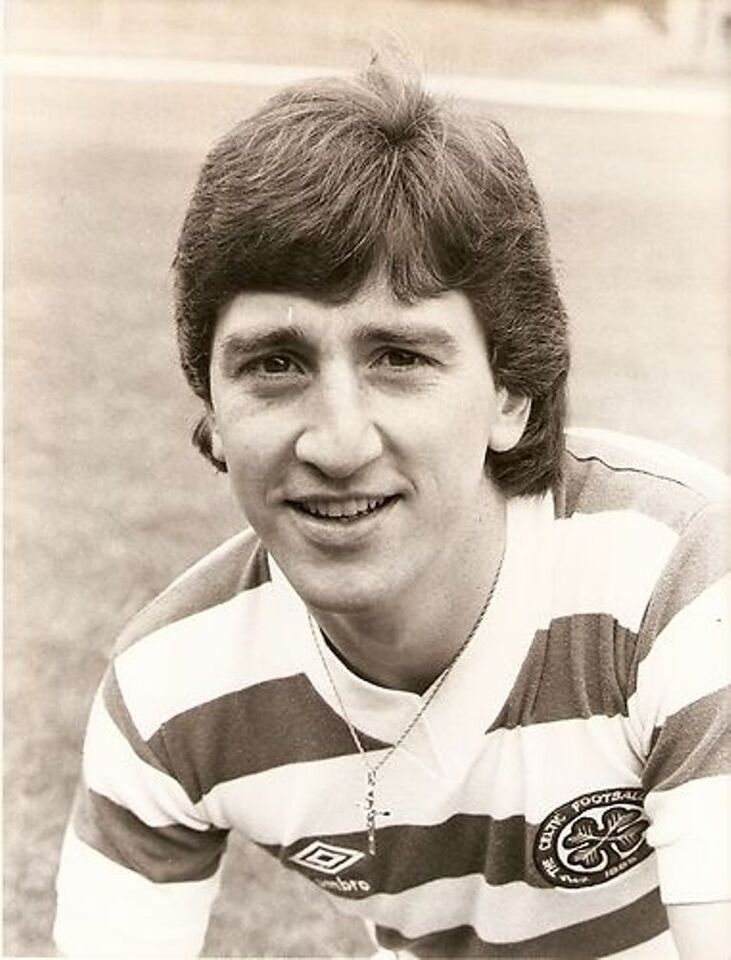 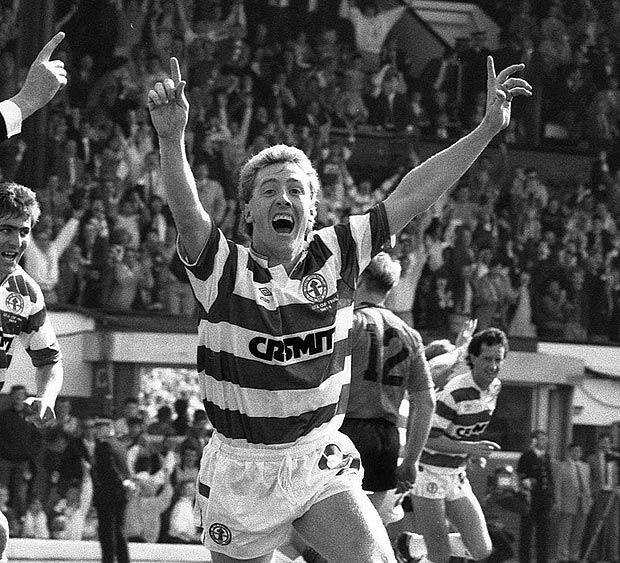 The book takes us up to Billy leaving the manager’s chair for the second time on 22nd May 1991. There is a wee taste of the daunting events facing the Parkhead faithful at the end of this era. The downsizing from Nicholas and McAvennie to Walker and Coyne, then to Cascarino and Hayes foretells the coming horrors of the 90s.

The CQN publishing team behind the book are hinting that this will be the period covered in their next big book. The memories invoked there may not be a pleasant as those covered by this splendid book. I may have to look out my Leonard Cohen box set to cheer me up.

Buy this book! Relive your lost past and feel young again! It was good when it happened and it remains good in having the memories re-awakened. I want to express my appreciation of the efforts of these two legends in nurturing my club and I hope their tales sell and sell and sell some more. For them, it is richly deserved.

ORDER A SIGNED COPY OF CAESAR & THE ASSASSIN

PLUS A WEE SURPRISE FROM CQN