SCOTT BAIN has gone on an amazing run of shut-outs this season, as CQN reported earlier this week.

The keeper, who has played in all five of Celtic’s games since the turn of the year, has made 10 appearances in all competitions and was last beaten by Partick Thistle’s Andrea Mbuyi-Mutombo in the 73rd minute of the holders’ 3-1 Betfred League Cup win at Firhill in August.

Since then, Bain, who picked up a medal in the tournament in the Hampden victory over Aberdeen in December, has gone a remarkable 917 minutes without conceding a goal.

The 27-year-old shotstopper will be hoping to be given the gloves ahead of Craig Gordon, 36, this evening on Premiership business against Hibs at Parkhead.

Brendan Rodgers’ side have won four consecutive league games without shipping a solitary goal – they last went on a longer winning run in the Premiership without conceding in November 2016 when they claimed six triumphs.

Gordon was in goal when the champions last faced the Edinburgh side in December and was unfortunate enough to concede a goal in only 46 SECONDS when Vykintas Slivka netted while the defence dozed.

OOPS AND WHOOPS…Craig Gordon can only look back in disbelief after Vykintas Slivka’s lightning strike for Hibs.

It got worse just before the hour mark when Hibs broke swiftly upfield and Florian Kamberi was completely unmarked as he finished off a slick move with a devastating shot into the roof of the net that left Gordon without an earthly.

The Leith outfit, who parted company with boss Neil Lennon last week, haven’t enjoyed such good fortune in the east end of Glasgow and haven’t won on 10 visits, losing seven and drawing three.

With Academy coach Eddie May now in charge, the Edinbugh team take on the Hoops after winning just one of their last seven leagues games, a 3-1 success at rock-bottom St Mirren last month.

And their defence will do well to take note of the fact that eight of the last nine goals scored by Celtic have come in the second-half of games, including each of the last six. 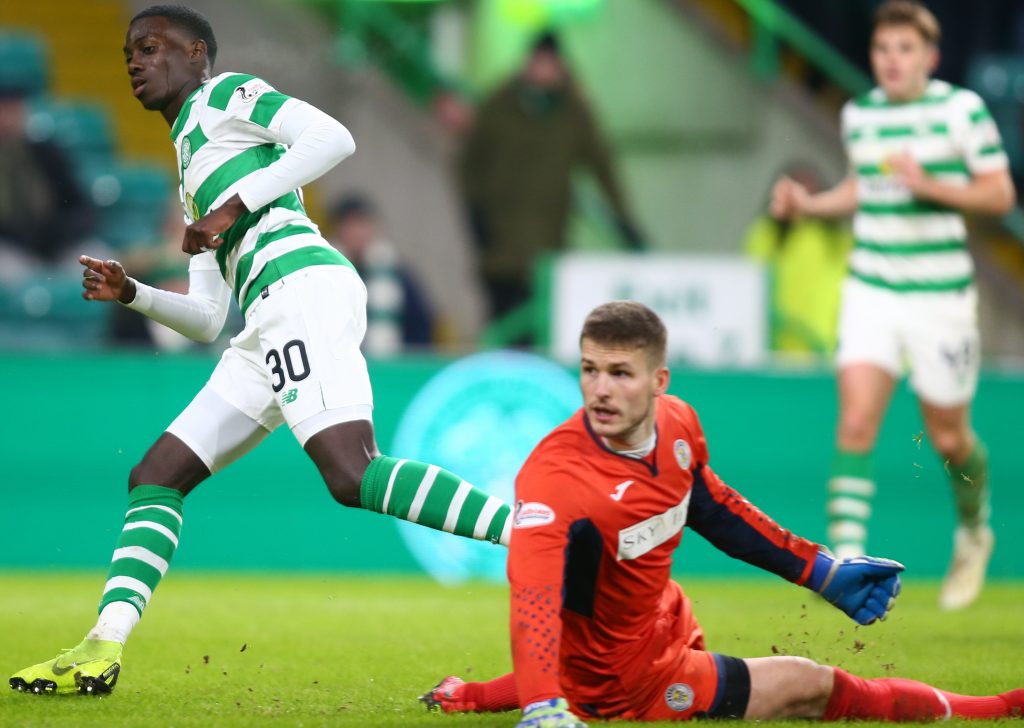 A week ago, St Johnstone had frustrated the champions in the opening half, but a two-goal salvo in the space of as many minutes from Callum McGregor and Ryan Christie brought a 2-0 success.

It was the same story in Perth on Sunday when Rodgers’ men had to wait until 12 minutes from the end until James Forrest got the breakthrough goal and substitute Timothy Weah added a second just before time-up.

The exciting American international teenager has also claimed second-half strikes against Airdrie in the Scottish Cup and St Mirren in the Premiership.