SICKENED skipper Scott Brown has told the irate Celtic fans to blame the players and NOT the manager.

The Hoops boss is in line for some more fierce criticism after the side’s appalling performance in the humbling 4-1 loss to Sparta Prague at Parkhead last night.

The miserable defeat almost certainly killed off any hopes of a place in the latter stages of the Europa League with the side now sitting in bottom place with one point from a possible nine. It’s hard to believe Celtic went into the group as top seeds!

Neil Lennon has watched his side stumble through their last six games with the only highlight being the 2-0 victory over Aberdeen in the delayed Scottish Cup semi-final at Hampden on Sunday. Otherwise, his players have shipped 14 goals in the other five outings which have brought three defeats and two draws.

Brown, who was substituted on the hour mark after struggling to make an impression, acknowledged it was the players who got the team into an almighty mess.

The 35-year-old midfielder, speaking to the Daily Record, said: “The pressure should be on the players, not the manager.

“The manager has been fantastic for us from when he first came in.

“It’s about the players on the park and we need to take responsibility.

“You look at the performance against Aberdeen on Sunday. We were very good, but very sloppy on this occasion. I would love to put my finger on it and tell you what it was, but we need to make sure we are better all over the park – we work harder, we fight more, we create more chances and defend better as a team. 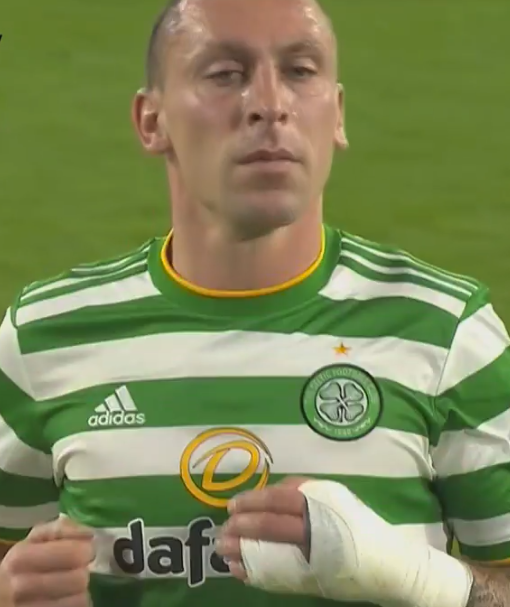 OFF NIGHT…Scott Brown is substituted in the second-half as Celtic struggle.

“For us, this performance was nowhere near the standard set at this club and especially over the last 13 years I have been here. It’s not acceptable.

“We’ve got to be strong now. This is where character come through.

“We know we have quality players who can perform, we just need to make sure we do it week in, week out.

“We can’t have lapses now and then. We need to be focused and giving everything on the park as a minimum.”

Brown added: “The message to fans is we will fight and scratch to make sure we bounce back.

“Sunday against Motherwell is huge now and we need to make sure we put on a performance and get three points. 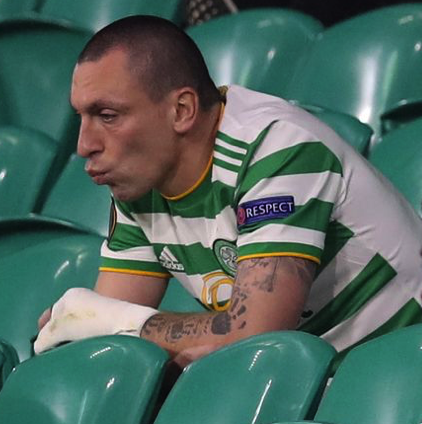 “I’m talking about this performance which wasn’t good enough. I’m not ranking it, just saying it wasn’t anywhere near where it should have been.

“That’s start to finish, throughout out the whole team. Probably not one person got pass marks. We know it wasn’t good enough and now we need to bounce back really quickly.

“It wasn’t a team performance. It was a group of individuals. It wasn’t good enough from start to finish and we got what we deserved.

“We started off not too bad. Then we lose a goal and I think everyone’s heads went down from there and we didn’t recover well. We didn’t play as well as we can do and we know it is our responsibility to bounce back now.

“We need to make sure we do that extremely quickly because we have a game on Sunday.”