CRAIG GORDON has pleaded with Brendan Rodgers to carry on bringing success to Celtic.

Following yesterday’s 1-0 loss against Hearts at Tynecastle, the Irishman was quick to dispel reports he was on the verge of quitting Celtic, as reported in CQN.

The Hoops gaffer stressed: “I’ve got three years left on my contract and I love it here.”

And Scotland international keeper Gordon was positive about the thoughts of his team-mates at the seven-in-a-row champions. 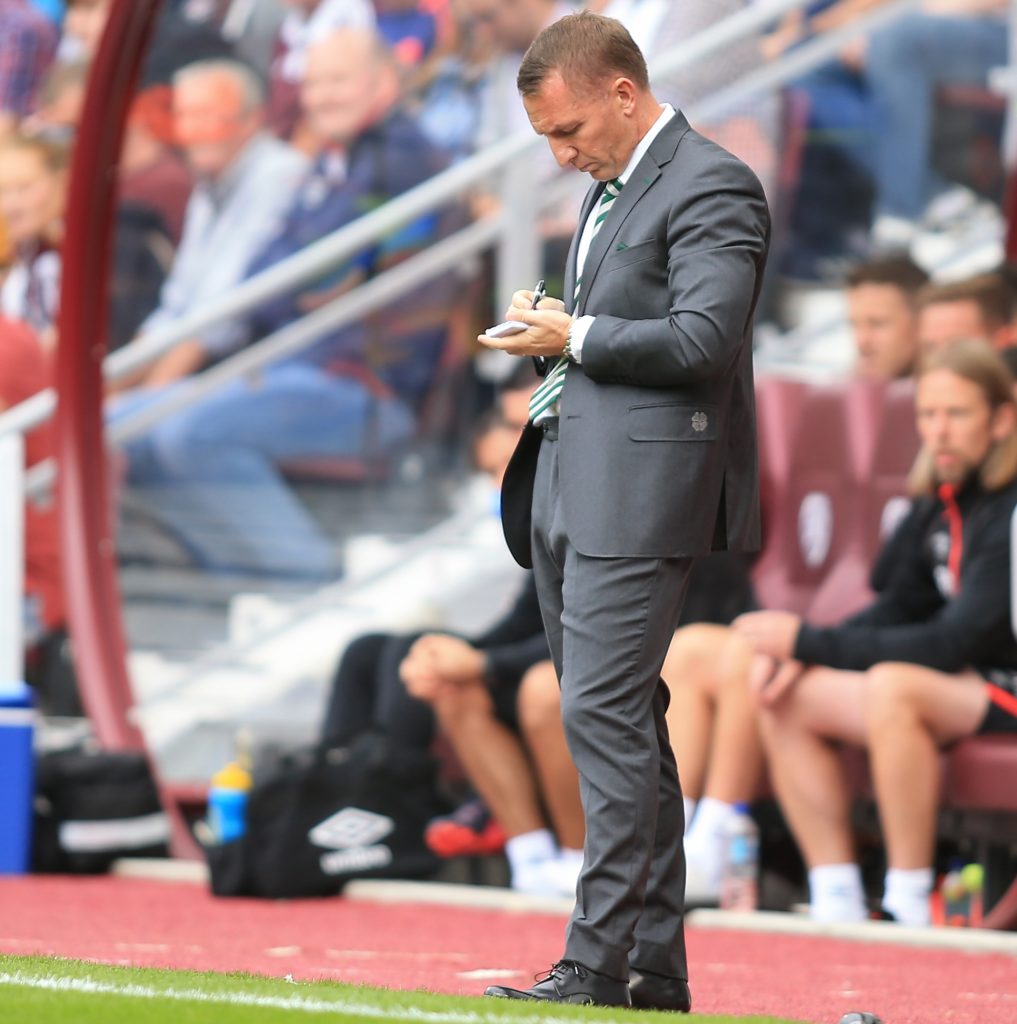 PLENTY TO WRITE ABOUT…Brendan Rodgers in the Tynecastle technical area.

Asked if his colleagues are eager to see Rodgers stay in charge, he replied emphatically: “Oh yeah. He has done fantastically well. He has won everything domestically that he possibly could in his two years.

“You can’t do much more than that. He has been a huge influence on a lot of players, not just me.

“I think you can see improvements in a number of players who were already here.

“The manager has come in and maybe given some players ideas as to how to go about their game tactically and how to improve on that side of things.

“Players had the ability but by adding his tactical mindset to that he has really helped a number of players.

“We have worked well the last few years and I am sure the players and myself want to continue being as successful as possible.

“Everybody does have the ambition to keep this going as long as we possibly can.

“Obviously, the manager has been a massive part of that success.”