That is the firm prediction of former Hoops striker Chris Sutton who reckons the flamboyant frontman is the key to a remarkable historic sequence of flag triumphs.

Edouard fired a double for the France Under-21 side in their 3-1 win over Switzerland in Caen last weekend and could get the nod to face Hibs at Easter Road this afternoon after being left out of the starting line-up in the 4-1 victory over Motherwell at Fir Park two weeks ago.

Sutton, writing in his Daily Record column, said: “Edouard hits his peak, Celtic win the league. It’s that simple for me.

“The Frenchman is the best player in Scotland by some stretch, but he now has to start playing like it. A fit and firing Edouard is more than a match for anyone in the country.

“There’s no doubt he hasn’t turned up this season yet. I know you can throw a lot of reasons in to the mix, the speculation, the injury, getting Covid, I get all that.

“But all of those distractions are in the past and Celtic need Edouard to get back to business in the present if they are to have a successful future.

“It’s all well and good doing it for the France Under-21s, but it’s his club form that will get him the attention he might crave.”

Sutton, now a top media pundit, continued: “Edouard built a terrific reputation at Celtic in recent years as a player who does the job week in, week out, whether it’s in Europe or on the league. 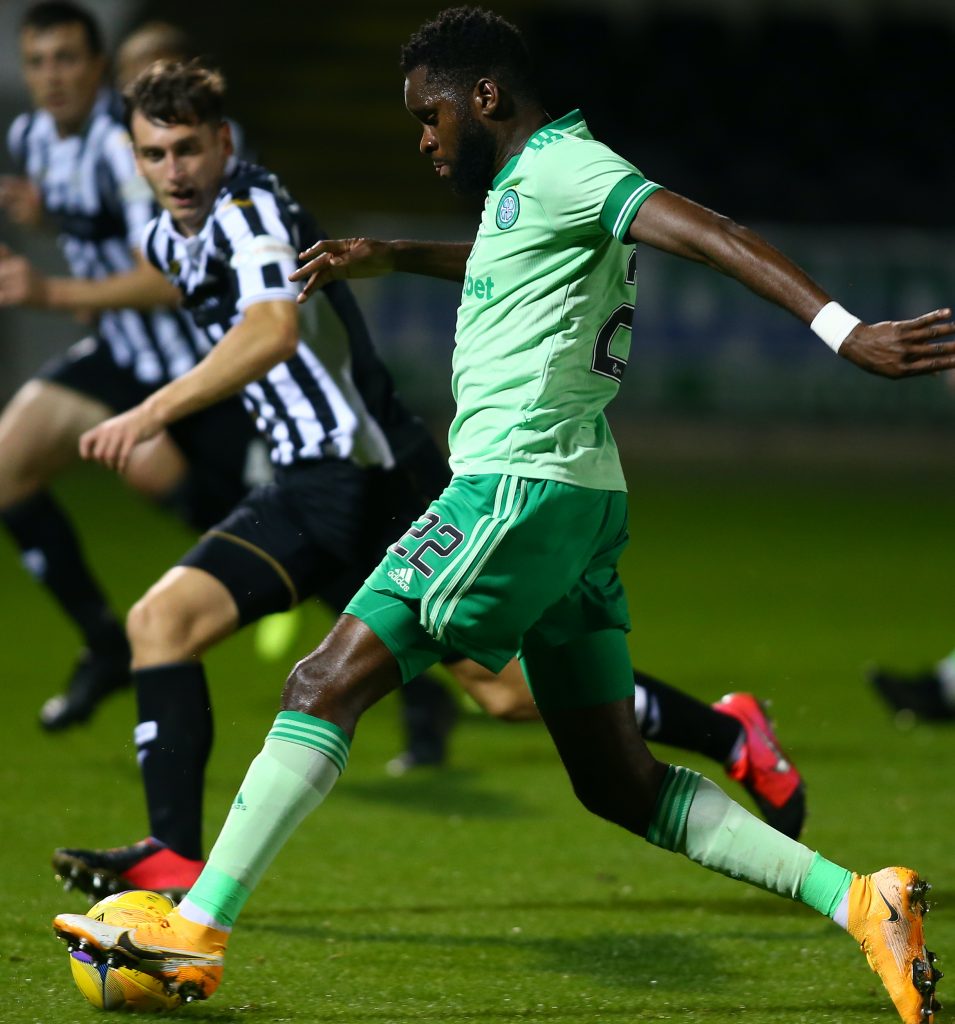 “There has been a progression for him, but you can’t get away from the fact this year has been a regression.

“He has to maintain his reputation by upping his levels and producing the goods over the coming weeks and months.

“We know he has the talent, but it’s up to him to rediscover the form of last season and put himself in the shop window.

“No-one would grudge him a move if he does that, but he has to focus on the here and now.”

Edouard has claimed a meagre six goals for the champions, despite getting off to a flyer in the league with a Flag Day hat-trick in the 5-1 victory over Hamilton Accies at Parkhead on August 2.

Lennon takes his players into the game in the capital trailing Steven Gerrard’s side by nine points although they have two games – and a potential six points – in hand. They can cut the Govan club’s advantage today to six with their Glasgow neighbours due to play at home against Aberdeen tomorrow with a midday kick-off.

Sutton added: “Celtic simply cannot allow the gap to get wider and that is a pressure in itself.

“They have six league games from now until the next Old Firm game at New Year. Rangers have seven.

“A 12 or 15-point gap going in to 2021 would take a colossal effort to turn around. There’s so much at stake and it’s dangerous to look beyond the next game.

“But Celtic simply have to go on a run, starting at Easter Road today.

“We keep saying, now is the time to get going, but it’s not quite happened. Well, now really is the time.”