RYAN CHRISTIE will be free to talk to interested clubs in the summer – and newly-promoted Norwich City and Burnley are said to be first in the queue for the Celtic playmaker.

The 26-year-old Highlander is out of contract at Parkhead in January next year, a bizarre situation CQN reported last month.

Christie has rejected offers of an extension throughout the season and almost certainly looks to have kicked his last ball for the club.

He came on for half-an-hour at Ibrox on Sunday and rarely showed and interim boss John Kennedy could overlook the former Inverness Caley Thistle starlet for the remaining games against St Johnstone at Parkhead a week tomorrow and Hibs at Easter Road three days later. 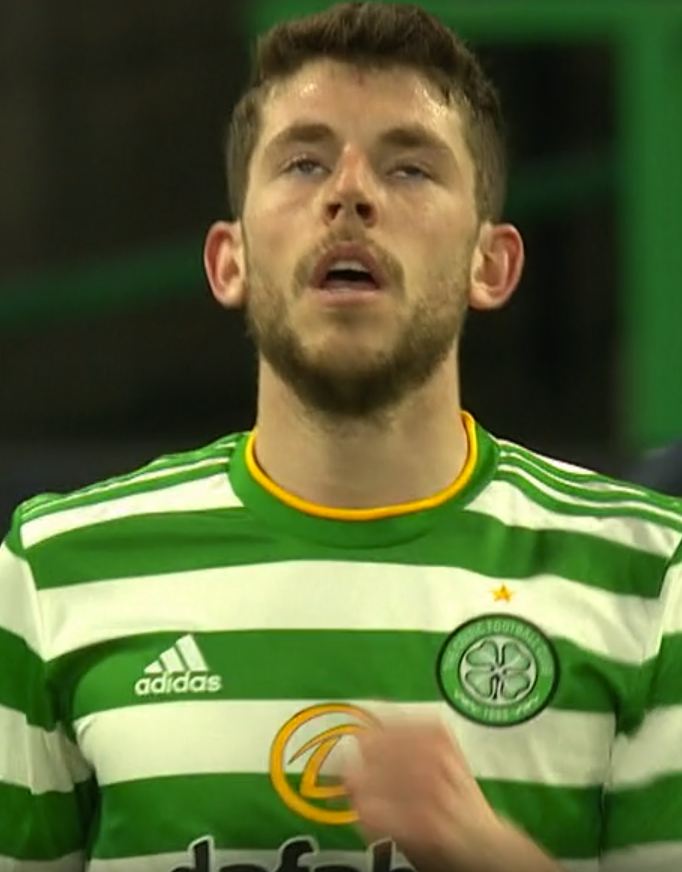 ON HIS WAY…Ryan Christie is heading for the Parkhead exit.

Christie has failed to spark in this campaign and could use the Euro Finals next month as a transfer window to display his talents that have unfortunately been seldom witnessed in the hoops this time around.

He will be a vital member of Steve Clarke’s international squad for the ties against the Czech Republic and Croatia at Hampden and England at Wembley.

Norwich, who have also been linked with his Hoops team-mate Kristoffer Ajer, have been tipped off about the player’s availability and will want to open talks as soon as possible, according to a report in the Daily Mail.

Turf Moor boss Sean Dyche has been a long-time admirer of the midfielder and could also be quick out of the blocks with an offer.

Christie will be able to agree a pre-contract in July and leave Parkhead for free at the turn of the year.