Celtic Quick News on News Now
You are at:Home»In Pictures»EUROPA CALAMITY: WORDS AND IMAGES OF THE SEASON: FEBRUARY (Part Three)
By CQN Magazine on 8th April 2020 In Pictures

CELTIC’S hopes of reaching the last-16 of the Europa League were buried amid the rubble of a self-inflicted 3-1 collapse against FC Copenhagen at Parkhead on a miserable evening on February 27.

It was an error-strewn display that allowed the Danes, who had survived a 1-1 draw on their home territory in the first leg, to inflict a dradful defeat on Neil Lennon’s team. As CQN reported in the match summary, it was a dismal showing that rivalled the 4-3 Champions League exit against the Romanians of Cluj in the east end of Glasgow in August. 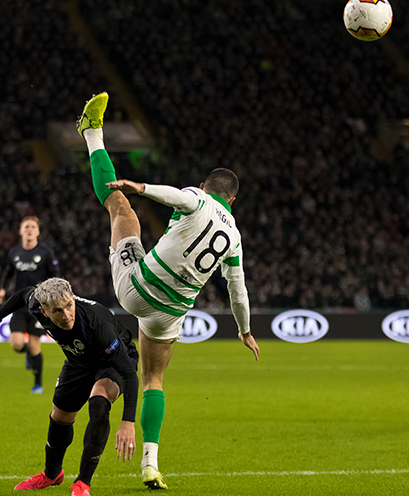 UP IN THE AIR…Tom Rogic tries some high-stepping to no avail as Celtic topple out of Europe.

And yet it all looked so promising in the Danish capital when the visitors missed two good opportunities before Odsonne Edouard opened the scoring in the 14th minute. The Hoops controlled the first-half, but, unfortunately, a defensive lapse allowed veteran hitman Dame N’Doye to strike the equaliser seven minutes after the break.

It took a penalty-kick save from the heroic Fraser Forster seven minutes from time to make sure it was honours even. However, Celtic’s bid was suffocated in a swamp of blunders as Jozo Simunovic presented the opposition with the opener in the 51st minute. Edouard dinked in a penalty-kick equaliser in the 83rd minute, but, disastrously, Tom Rogic miscontrolled a ball out of defence two minutes later and the Danes swept forward to score a second through Pep Biel. It was all over when N’Doye thumped a third behind Forster in the fading moments. 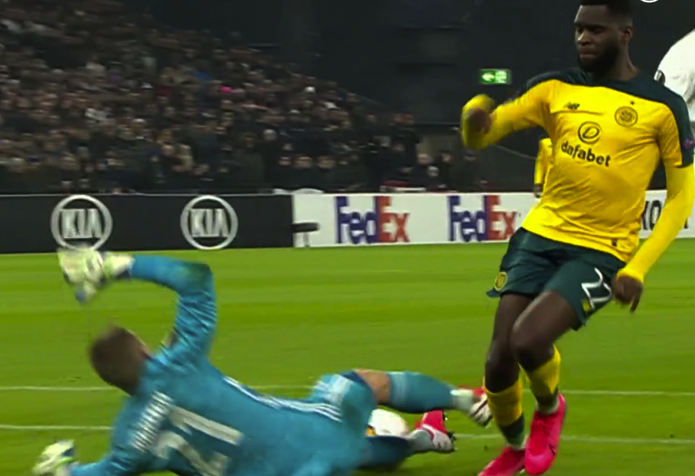 PICK IT OUT…Odsonne Edouard flicks the opener beyond keeper Karl-Johan Johnsson in Copenhagen. 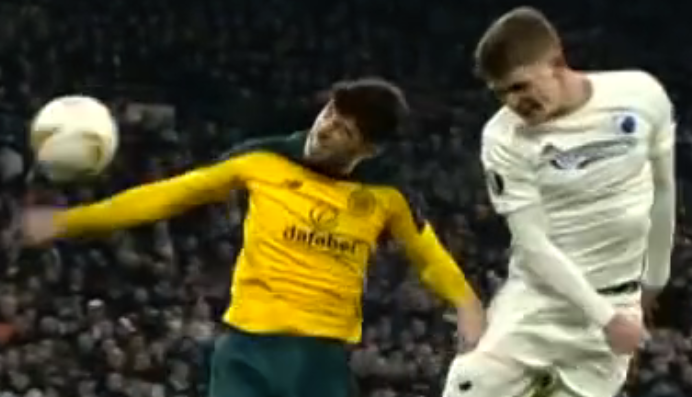 NOT SO HANDY…the Danes are awarded a VAT-assisted penalty-kick after an accidental hand ball from Ryan Christie. 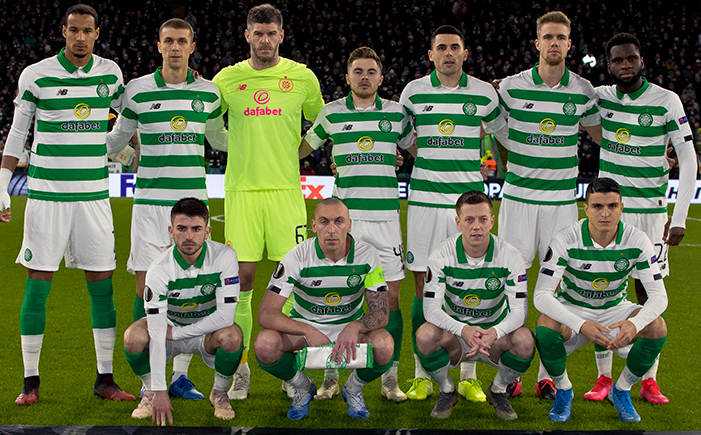 BLOCKED…Kristoffer Ajer finds no way through. 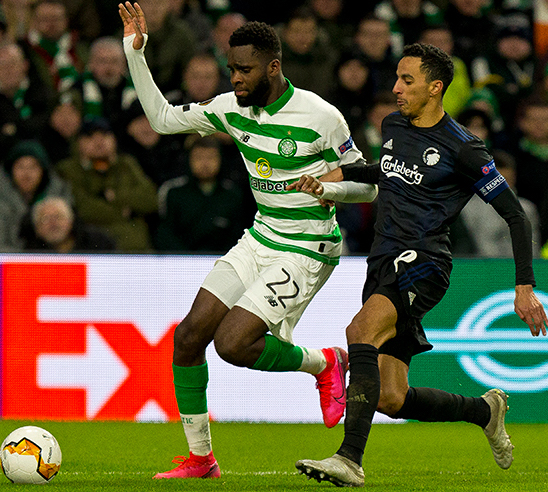 ON THE BALL…Odsonne Edouard searches for a breakthrough. 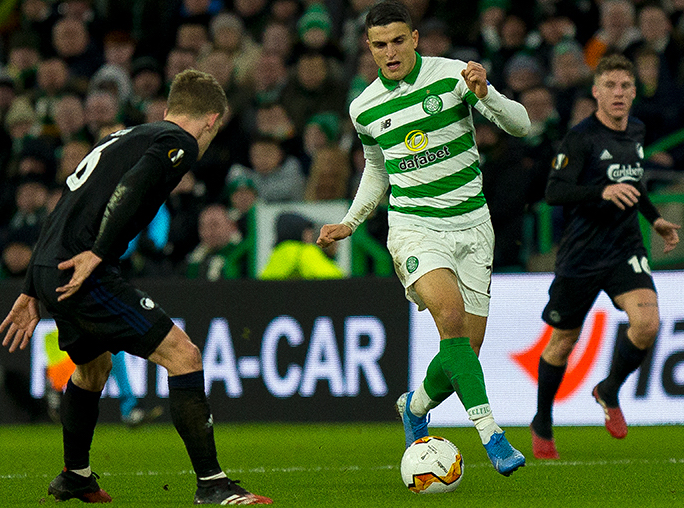 ON THE RUN…Mohamed Elyounoussi takes on the Copenhagen defence. 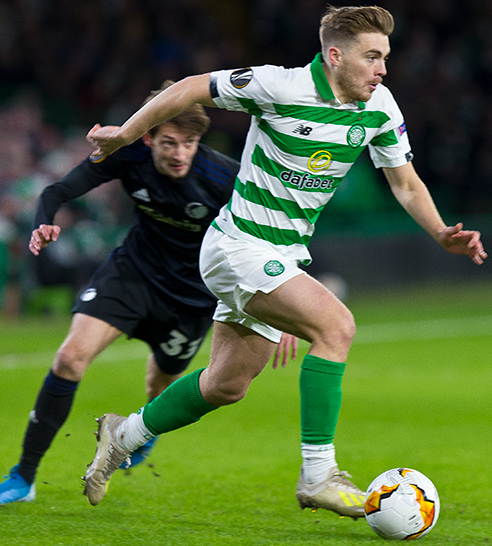 WORKING A FLANKER…James Forrest raids on the wing. 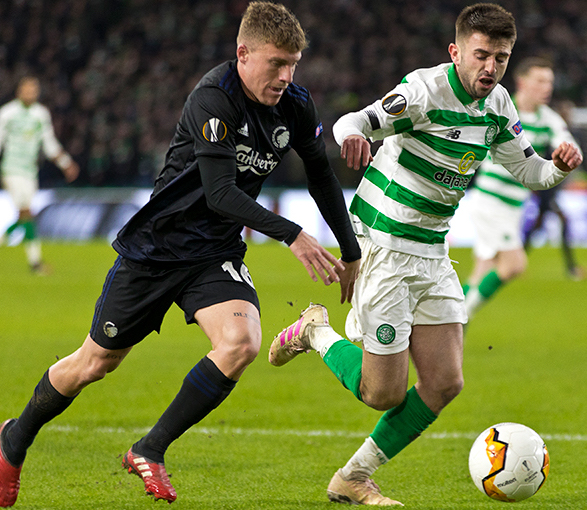 EYES ON THE BALL…Greg Taylor prepares to put in a challenge. THE DINK’S ARE ON ME…Odsonne Edouard prepares to float in a penalty-kick leveller. 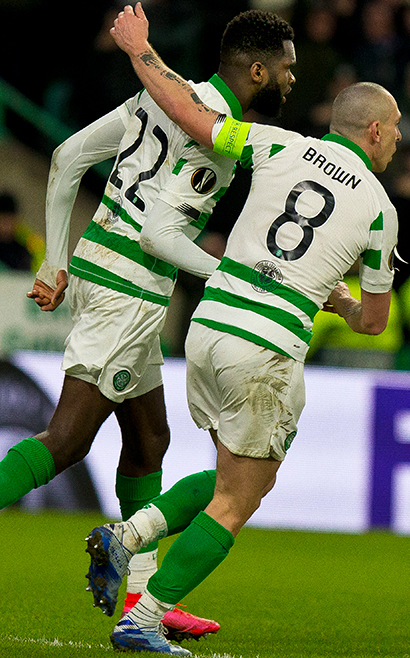 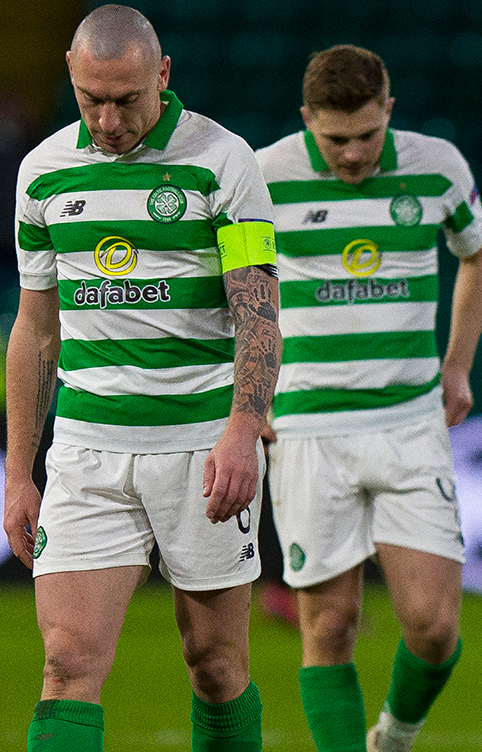 HEADS BOWED…Scott Brown and James Forrest trudge off the pitch after a shock Euro exit.