Celtic Quick News on News Now
You are at:Home»Latest News»EX-CELT OPENS UP ON RODGERS, LENNON
By CQN Magazine on 18th October 2019 Latest News

SCOTT ALLAN insists Brendan Rodgers ruined his chances of a Celtic breakthrough – by playing him in the wrong position.

The midfielder rarely figured in the Irishman’s first team although he claimed the manager told him he was in his thoughts going forward.

Allan, who signed a January pre-contract to join Hibs for the THIRD time before arriving in the summer, was loaned to Dundee and the Easter Road outfit during Rodgers’ tenure.

The playmaker, who was signed by Ronny Deila from the Edinburgh side in 2015 before being shipped out to Rotherham, told PLZ Soccer: “From early on in pre-season, I had a good impact on Brendan Rodgers because he took me into his office many times.

“He said: ‘I want you to stay here, you’re part of the plans’. I think he said to the press a few times about me not going out on loan.

“After one pre-season game, he wanted me to play in front of the back four, so he saw me there as opposed to behind the striker or further forward in the midfield.

“I knew myself that wasn’t my best position. I like to play in a midfield three either as the number eight or behind the striker.”

Allan, 27, enjoyed his temporary spell at Hibs when Rodgers’ successor Neil Lennon was in charge and he added: “I couldn’t say a bad word about Lenny.

“I loved every minute of it, I even loved when he used to go off his head, to be honest with you. 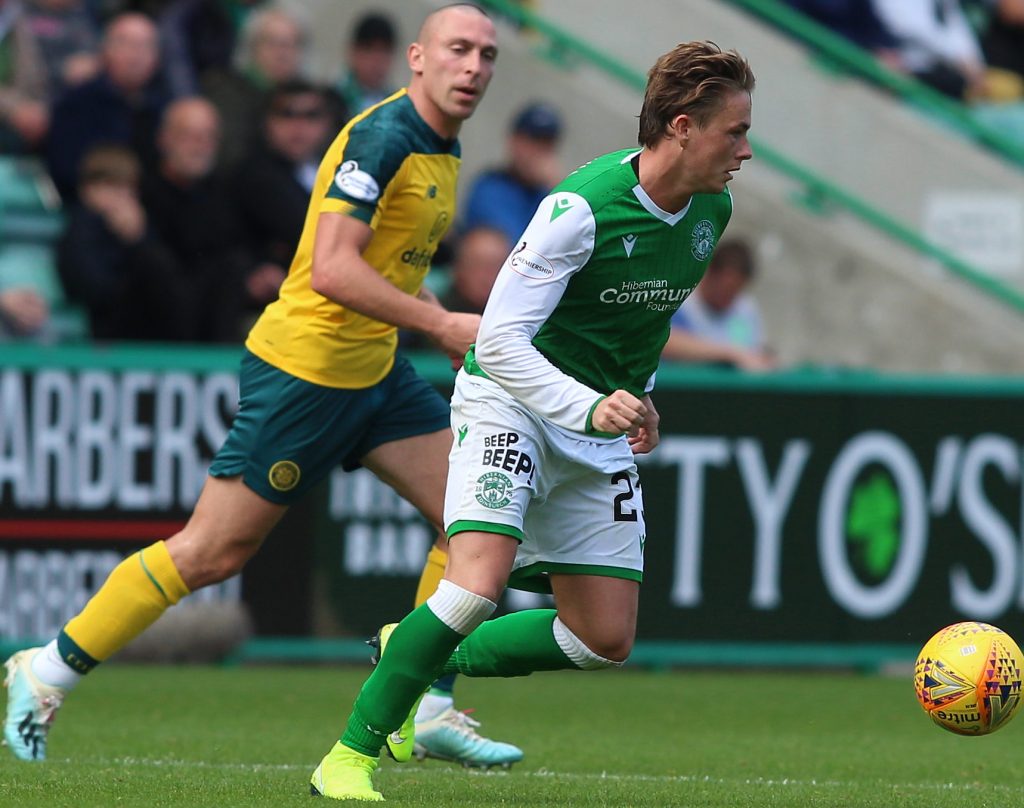 CAPITAL PERFORMANCE…Scott Allan races away from former team-mate Scott Brown in the 1-1 draw at Easter Road.

“He wore his heart on his sleeve and the next day it would be fine as long as you went out and did the job for him. He made you feel really confident before you went out and played a game of football and I think for some players that’s a big thing.

“There would always be something that he would go off his head about.

“I think we had gone 14 games unbeaten and then lost to Hearts at Tynecastle. I don’t really want to go into it too much, some of it was mental.

“But the boys just started laughing because you’re thinking surely not after the run we had gone on. I’ve got a lot of respect for him and I enjoyed working with him.”

Ironically, it was Lennon who enticed Allan back to Hibs when he was coming out of contract at Parkhead. However, once the deal had been agreed at the turn of the year, the Irishman had left Easter Road and then returned to the champions following Rodgers’ dramatic departure to Leicester City in February.