Celtic Quick News on News Now
You are at:Home»Football Matters»EX-CELTS IN THE SOUTH
By CQN Magazine on 7th March 2016 Football Matters
VIRGIL VAN DIJK equalised for Southampton against relegation threatened Sunderland with the last kick of the ball at St Mary’s on Saturday.
The former Celtic star was nevertheless frustrated that the Saints failed to win the match. Afterward he said, “This game, with the ambitions we have as a team and a club, is one we wanted to win. 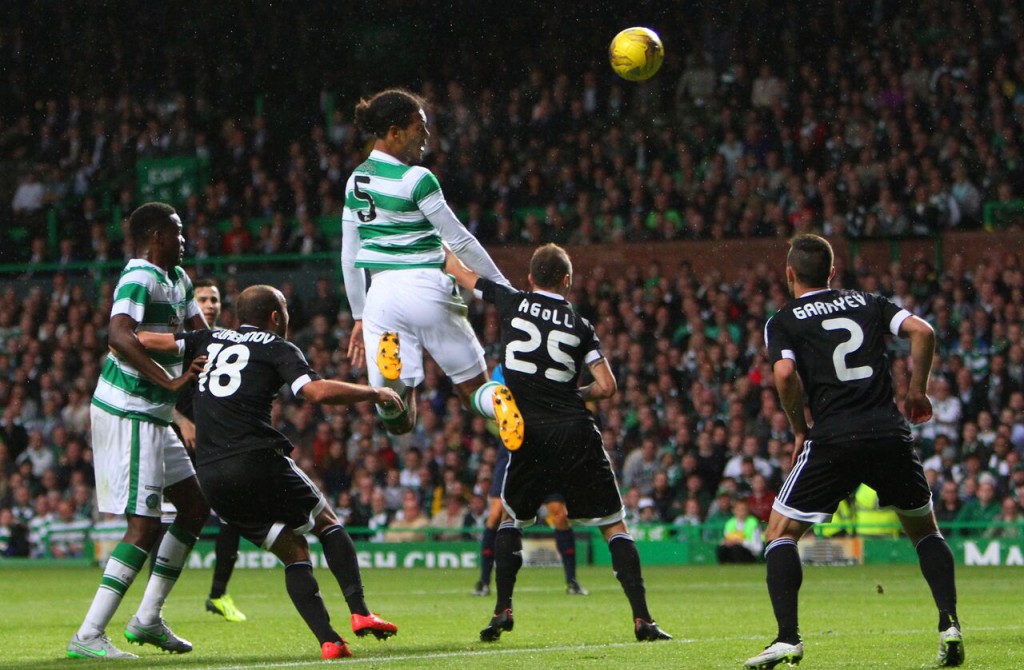 “We didn’t do it, so we need to be disappointed with that, but we didn’t lose. We could have lost here, so we need to see a little bit of positive as well.
“We need to recover from this week and I think from Monday we need to focus on the next game and be 100 per cent to hopefully get a good result.
“Nobody wants to lose – especially not in this game, so hopefully we can build on this and finish the season very strongly.”
The late stunning strike gave van Dijk his third goal for Southampton, and the ex-Celt said that he’s enjoying the challenge that the Premier League has posed him so far.
“You are learning from every game and you take it into the next one. I’m very happy to be playing in the Premier League and be part of this team.
“Every game is difficult to win of course, we need to be sharp. We need to work together as a team. I’m very confident we can have good results.”

NEIL LENNON reckons the lack of firepower could cost Bolton in their bid for Championship survival.

The former Celtic boss watched in agony as his strugglers lost 2-1 to Leeds United at Elland Road, a result that dumped them to the bottom of the table.
Lennon said: “We’ve lacked quality in the final third and that was apparent here. It’s been a problem for us all season. 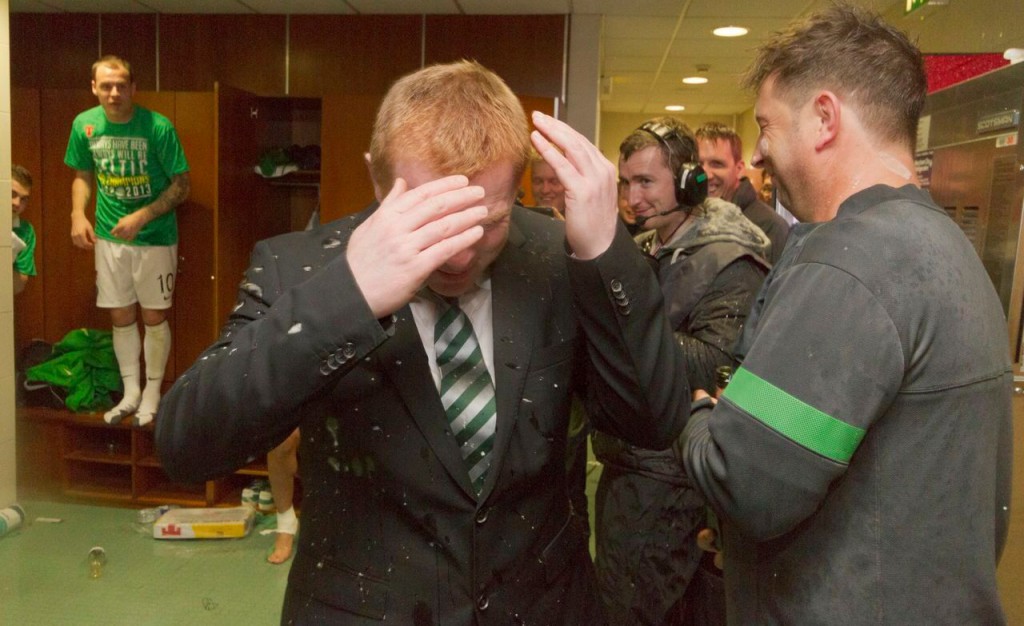 “For all our good approach play we weren’t clinical enough. We had Leeds on the back foot for the last 20 minutes.

“They had one shot in the second-half and it goes in the back of the net.

“Strikers cost money and we’ve not got a lot of that this season.”
Mirco Antenucci scored twice as Steve Evans’ Yorkshire outfit ended their five-game winless run.
He put them ahead when he latched on to Mustapha Carayol’s corner and struck past keeper Paul Rachubka.

The hosts doubled their advantage when Antenucci curled a superb effort into the far corner after his initial cross was blocked.

Substitute Kaiyne Woolery gave Bolton hope when he fired in Dean Moxey’s cross, but Leeds held on to win.

Scottish gaffer Steve Evans was advised by the club’s chairman Massimo Cellino not to talk to the media following their 4-0 defeat by Brighton on Monday.

Lennon’s outfit are now 10 points adrift of safety following MK Dons’ 2-0 win against Queens Park Rangers with only 11 games left to play.
STEVEN PRESSLEY will report referee Carl Boyeson over remarks to his goalkeeper Chris Maxwell during the 2-2 draw with Sheffield United.
The former Celtic and Scotland defender was furious with the whistler following an incident as the shotstopper appeared to be struck by an object thrown from the crowd. 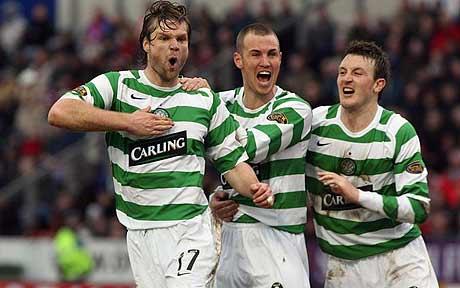 Pressley, who also saw Nick Haughton sent off, fumed: “Chris has a cut above an eye. The response from the ref was that it was his own fault.
“We will make sure we report that kind of comment. It is totally unacceptable.
“I was really disappointed with the officiating. Some of the decisions were extremely poor.
“In the light of that, my players did magnificently. It wasn’t an inspiring performance in terms of football, but we showed so much determination.

“Coming on top of our wins at Coventry and at home to Gillingham, I thought we had done just enough to win then, in the end, a controversial penalty-kick has cost us dearly.”

Che Adams’ stoppage-time spot-kick earned the visitors a late point after they had opened the scoring through Matt Done .
Ash Hunter levelled and Marcus Nilsson put Pressley’s men ahead before Haughton was dismissed after picking up two yellow cards.
TONY MOWBRAY is under pressure at Coventry City after the former Celtic boss admitted his players were “devastated” after suffering their third consecutive defeat following their 1-0 loss at home to Rochdale.
Mowbray, who lasted only 10 months at Parkhead before being fired in March 2010, insisted his side were robbed of an 83rd-minute goal when Adam Armstrong had a strike ruled out for offside.
He moaned: “My analyst has just showed me Armstrong’s goal which was clearly onside.
“Adam timed his run perfectly, but I think the linesman was fractionally behind play and from his angle he couldn’t see.

The Midlands outfit lost to a late spot-kick from Ian Henderson and Mowbray added: “The penalty? It was innocuous I’d have to say. 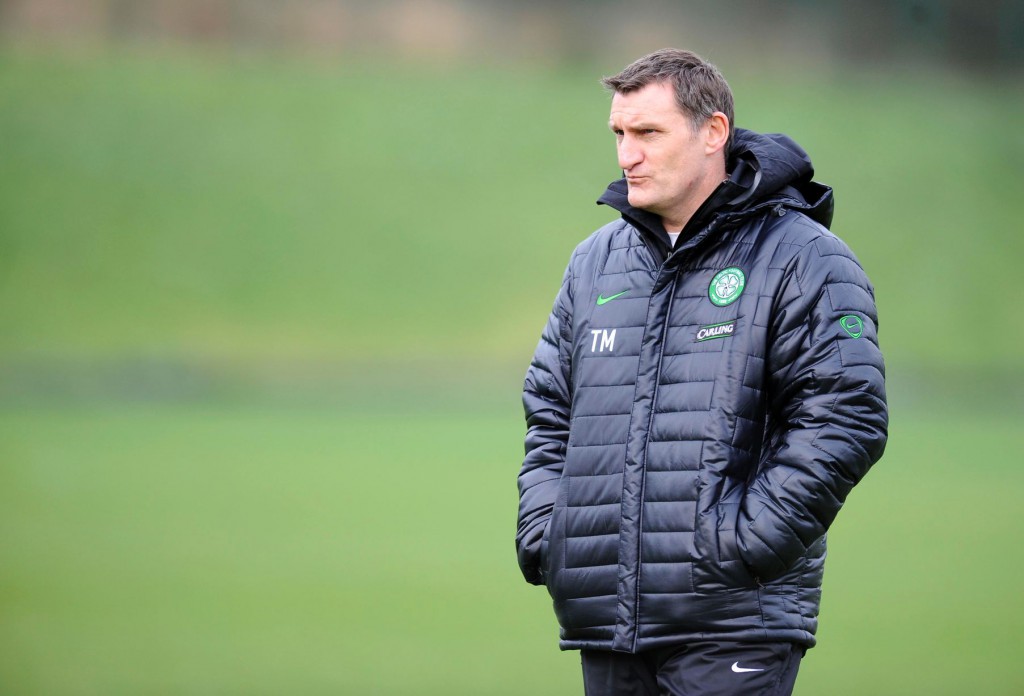 e and gone over. I’m not saying it was the wrong decision – he hasn’t skipped past him and gone over a leg – but it just feels as if that’s the way things are going at the moment.

“The nature of losing is frustrating for us. The only other great chance they had was the header from a corner which hit their own lad on the line.

“I thought it might have been our day when that happened, but, unfortunately, it wasn’t to be.

“It was that sort of game and we’ve had games like that this season when we’ve won 1-0 and everything’s fine yet football is about results – we all know that – and at this moment we are struggling to get results.

“We didn’t create enough opportunities over the 90 minutes, but Armstrong, in particular, had some good strikes in the first-half and their keeper pulled off a couple of good saves.

“It was a disappointing day and we’re all pretty low at the moment.

“It would be strange if we weren’t, but we have to stick together and dig in, keep going and see what the next one brings.

“The team is working hard enough and they’re devastated at the moment, but we’ve got two more games next week so I’ll try to pick myself up first and when I’ve done that I’ll try to pick the lads up.

“They go through spells in their career when everything’s rosy, everybody’s telling them how great they are, and there are also times when they have to really dig deep and come out the other end of a tunnel.

“We all know football’s an emotional game and we’re emotional people. We want to do well for this city and the fans who have had things tough in the last few years.

“It’s disappointing to build up expectations and not finish that job, but we’ve still got an opportunity.

“We are still at the right end of the table and if we’d been coming from lower down we’d all be excited now about being around the play-offs.”
Coventry are seventh in the table, a massive 16 points adrift of League One leaders Burton.
GARY CALDWELL praised his Wigan players after they dropped two points in the 1-1 draw against Peterborough.
The former Celtic and Scotland skipper said; “In the first-half, they probably had the better of the game, but in the second-half we dominated. 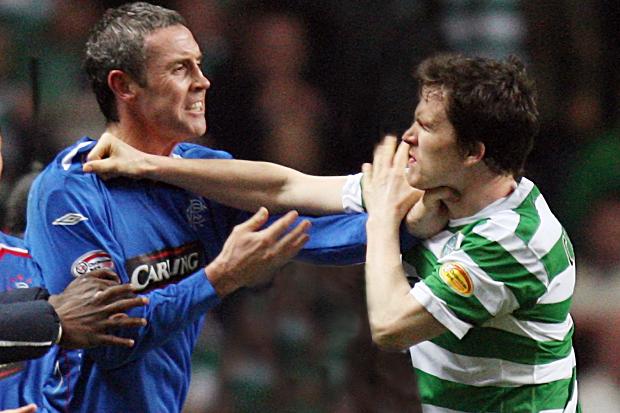 “We created lots of opportunities and couldn’t quite kill the game off.
“That was a match we wanted to win. In terms of effort, I can’t ask more from the players in the second-half after a difficult week.

“They gave everything and just for a lack of quality in the box, we would have won.”

Posh ended a five-match losing sequence by coming from behind to get a point at the League One title hopefuls.
Will Grigg put Caldwell’s outfit ahead with his 16th goal of the season, but an 80th-minute Marcus Maddison 30-yard free-kick, denied the home side victory.

Caldwell’s side are in second spot, four points adrift of Burton who were held to a 1-1 draw at Crewe.