RYAN CHRISTIE is adopting a positive outlook as he prepares for the Flag Day celebrations at Parkhead on Sunday and the grand finale against Hearts in the Scottish Cup showpiece – both against Hearts – when Celtic can claim an unprecedented treble treble.

Unfortunately, the nearest the classy Scotland international midfielder will get to the action on both occasions is a seat in the stand.

The 24-year-old playmaker has experienced the highs and lows of Hampden this season after scoring the League Cup winner against Aberdeen in December – and then being stretchered off in the Scottish Cup semi-final against the same opponents last month.

Christie sustained multiple facial fractures following a wayward mid-air challenge from Dom Ball that saw the Dons defender banished from the encounter as the Hoops made certain of bringing down the curtain with the opportunity to win the club’s ninth successive domestic silverware for another spectacular clean sweep.

All eyes will be on the national stadium a week on Saturday when the players can create their own history on the date exactly 52 years ago to the day when Billy McNeill lifted the European Cup as Jock Stein’s team overcame Inter Milan in Lisbon and became the first British club to conquer Europe.

The Highlander recently returned to training and, speaking to the Celtic View, said: “I’m over the worst of it now. 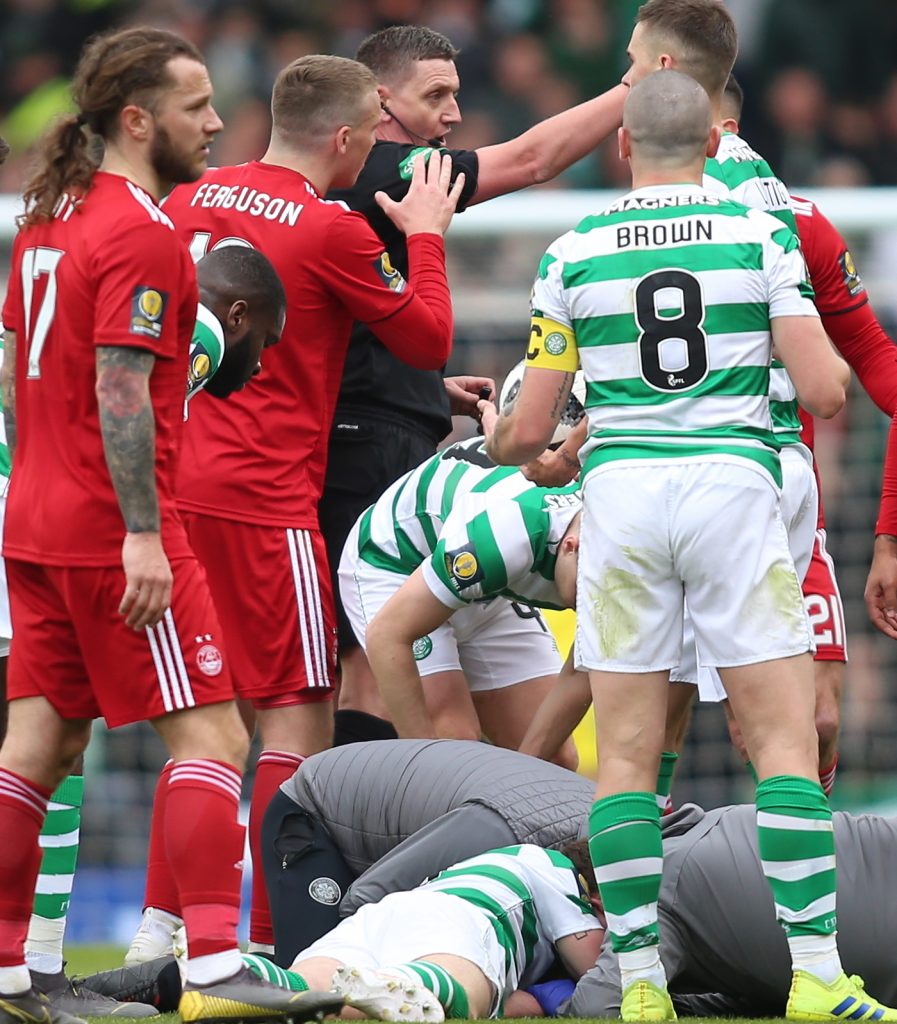 HAMPDEN HEARTACHE…Ryan Christie lies on the turf after his horrific injury. 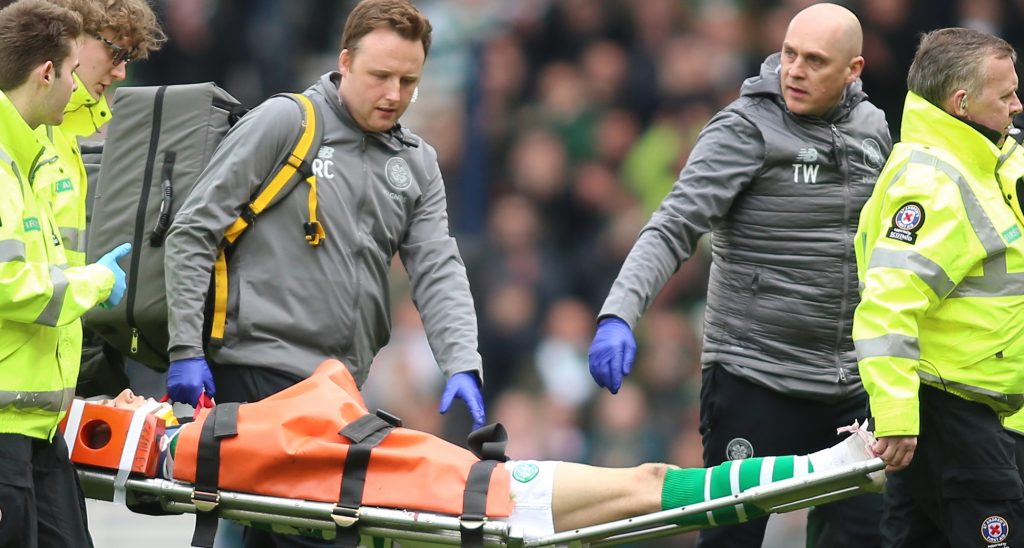 “It’s nice to be back here and seeing all the boys again. It’s a little bit frustrating that the season is finished now for me, so, unfortunately, I’ll have to wait until after the summer to play again.

“Right now, I’m looking to go back into full training for the first day of pre-season and take it from there. I should be on target for that and if I can make that, I’ll be happy.”

Smooth operator Christie added: “Even though I’m missing out on the end of the season, I’ll look back on the whole season very positively. At the start, I was struggling to believe that I could push into the team.

“To be at the other end of the season now and look back and see the impact I’ve made has been brilliant. It’s what I wanted when I signed. It pushes me on now for next season and makes me excited.

“I’ve been buzzing watching the boys from the sidelines. They’ve been magnificent in wrapping the league up and are now going into a huge Cup Final to end it all. It’s frustrating to miss games, but I still feel part of it and I’ll be supporting the boys.

“Everyone wants to play in these big games, especially Cup Finals and big games in the league.

“I was lucky enough to play in the last Cup Final and I enjoyed that, so it certainly feels like I’ve had my part to play this season.”