Celtic Quick News on News Now
You are at:Home»Latest News»EXCLUSIVE: ‘IF BEING A CELTIC FAN GETS YOU THE MANAGER’S JOB, THEY MIGHT AS WELL GIVE IT TO ME,’ HOOPS HERO
By CQN Magazine on 18th March 2021 Latest News

CELTIC great John ‘Yogi’ Hughes hopes his old club get a new manager in as quickly as possible.

The man who is the seventh-highest goalscorer in Hoops history with 189 strikes insists the Parkhead outfit have no time to spare in naming a full-time successor to Neil Lennon.

Hughes, 77, spoke to author Alex Gordon for another CQN EXCLUSIVE as he discussed the team’s turbulent campaign.

The former Scotland international forward said: “I have to admit I was quite sorry to see Neil Lennon go. Yes, I understand something had to give after a season of so many disappointments.

“Managers go into the job knowing it is a results-driven business. If you don’t produce, you are never far away from a P45. 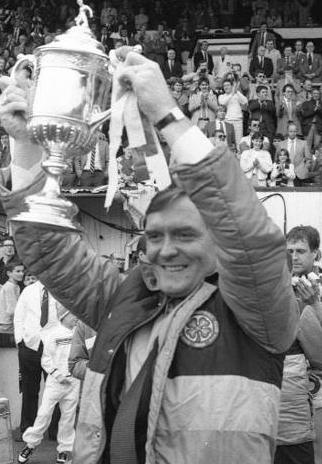 CHEERS AND CHEERIO…Davie Hay with the Scottish Cup in 1985 – two years later he was out of a job.

“My good friend Davie Hay has always said there are two things that determine a good manager – results and transfers. One comes before the other.

“Davie won a league and a Scottish Cup in his four years when he was up against an Ibrox team throwing money at everything and we all know where that took them.

“My pal had to wheel and deal in the transfer market and you have to say he did quite well when you look at the players he brought in such as Mo Johnston, Mark McGhee and Alan McInally.

“But a year after winning the championship, he was out of a job. Likewise Lennon. It’s harsh, but it comes with the territory and everyone who sits in a dug-out knows exactly what awaits them if they do not reach the goals set by the directors. The board do not like it when the flak starts flying around and it’s the poor old team boss who normally pays with his job.

“I do not know what went on in the background for the team to perform so miserably this season. It’s inexplicable, really.

“But one thing is certain and that is the fact the club need a manager in – RIGHT NOW! 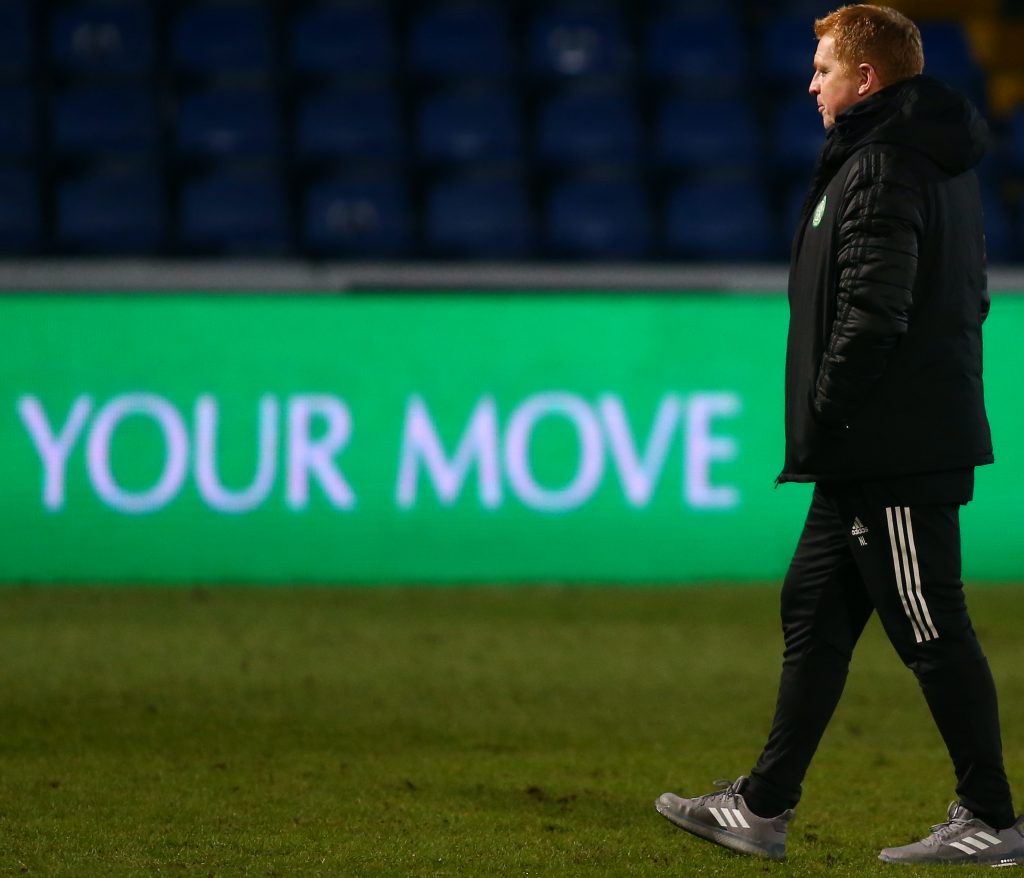 HEADING FOR THE EXIT…Neil Lennon walks off the pitch after the 1-0 loss against Ross County last month.

“Absolutely no disrespect to John Kennedy, who, by all accounts, is an excellent coach, but I reckon the job will be too big for him at the moment.

“He is only 37 years old – Scott Brown is 36 in June – and to take over on a permanent basis at a club the size of Celtic may be too soon for him. He may be the club’s manager some day, but I don’t think that day has arrived yet.

“In the usual fashion, names have been produced from everywhere as the guessing game goes into overdrive. We’ve already had former managers Gordon Strachan and Martin O’Neill mentioned and at this rate Ronny Deila is bound to crop up, too.

“Roy Keane, I have to admit is an interesting one, but, despite his initial success at Sunderland when he was a rookie gaffer, he hasn’t done an awful lot as a manager in his own right.

“Plus he has not been the main man since he left Ipswich Town 10 years ago. He has been assistant to O’Neill at the Republic of Ireland and Nottingham Forest plus he was No.2 to Paul Lambert at Aston Villa for a while. 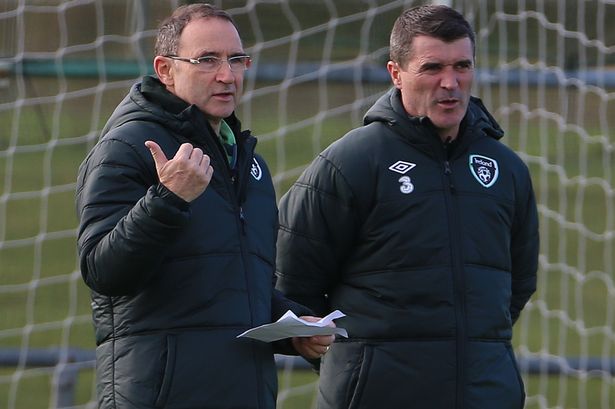 IRISH AYES…Martin O’Neill and Roy Keane during their stint with the Republic of Ireland.

“He had his chance at Celtic in 2014 before Deila got the nod. Maybe that was his best chance of being Celtic boss.

“I know he is a massive huge supporter of the club, but that won’t get him the role.

“If being a Celtic fan gets you the manager’s job, they might as well give it to me!

“Lovely thought, but I think I’ll settle for my seat in the Lisbon Lions stand.

“Dermot Desmond is the man with the power and we know he will get his man. We have to hope it is the right man. You do not become a multi-billionaire by making false promises or pushing too many emergency buttons.

“I would take a guess that the Irishman has a fair idea of who he wants to take charge in the new season. He produced Martin O’Neill and Brendan Rodgers and we weren’t disappointed.

“Let’s hope he can produce another gem – the sooner, the better.”