The learning period and experimentation is over.  Neil Lennon will play a more familiar looking line-up on Sunday, with James Forrest on the right, Ryan Christie in the middle.  Neither are as effective in other positions.

Odsonne Eduard will be given every chance.  He, Boli Bolingoli, Jonny Hayes and Mohamed Elyounoussi have all been allowed to recuperate from various strains in recent weeks.  Even if they all pass fitness tests, due to their common injury type, Neil has to consider the high possibility of a relapse in their first outing.  This could force early substitutions in a game that could go to extra-time.

These permutations make a lottery out of guessing our left flank.  Bolingoli or Hayes at left back, with Elyounoussi or Mikey Johnston at left-mid.  Johnston is back from injury and in sparkling form.  He played a crucial role in the win at Ibrox in September when these two teams last met but Neil Lennon may prefer Elyounoussi to add a greater physical presence.

Jeremie Frimpong will almost certainly get the nod ahead of Moritz Bauer, with Hatem Elhamed still injured (from yet another strain).  The regular core of the side: Kristoffer Ajer, Christopher Jullien, Scott Brown, Callum McGregor and Fraser Forster, will all play.

This is not an occasion for an inexperienced winger to play centre forward.  Lewis Morgan is at the very early stages of learning this role, if Eduard is not fit, Leigh Griffiths should start.

Whoever loses on Sunday will leave Hampden knowing they have bigger fish to fry this season, but the victory will make anything and everything seem possible for the winners.

In Celtic’s favour, they have players who have regularly been through challenges like this and come away with the win.  Players like McGregor, Forrest and Brown could write a manual on how to win at Hampden.  We can also expect a match-winning performance from James Forrest.

After recovering from a two-goal deficit against Newco on Wednesday, Aberdeen manager, Derek McInnes, spoke about the aggression his team showed to get back into the game.  On Sunday, both teams will be hyped up and ready for the battle, managing that aggression, however, will be important.  Celtic are clear favourites but a careless red card would change that. 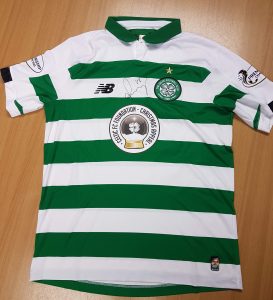 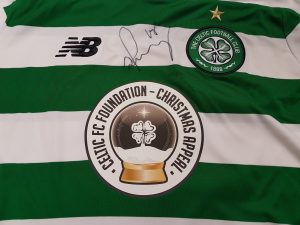