Celtic Quick News on News Now
You are at:Home»Latest News»FORREST FIGHTS BACK, CALMAC GETS PLASTERED
By CQN Magazine on 3rd March 2020 Latest News

And his Hoops team-mate Callum McGregor will be in plaster for what is certain to be another gruelling, physical battle against Gary Holt’s side who outmuscled the champions with a 2-0 victory at the same venue in October.

The champions surrendered three points in their only away loss in the Premiership this season as they zero in on nine in a row.

There cause wasn’t helped last time around when Ryan Christie took a rush of blood to the head and threw himself into a challenge on Scott Robinson that saw referee Willie Collum swiftly reach for his red card.

Neil Lennon’s men know what to expect when they take on another rigorous test on a dodgy surface where they have fired blanks in their previous two visits. 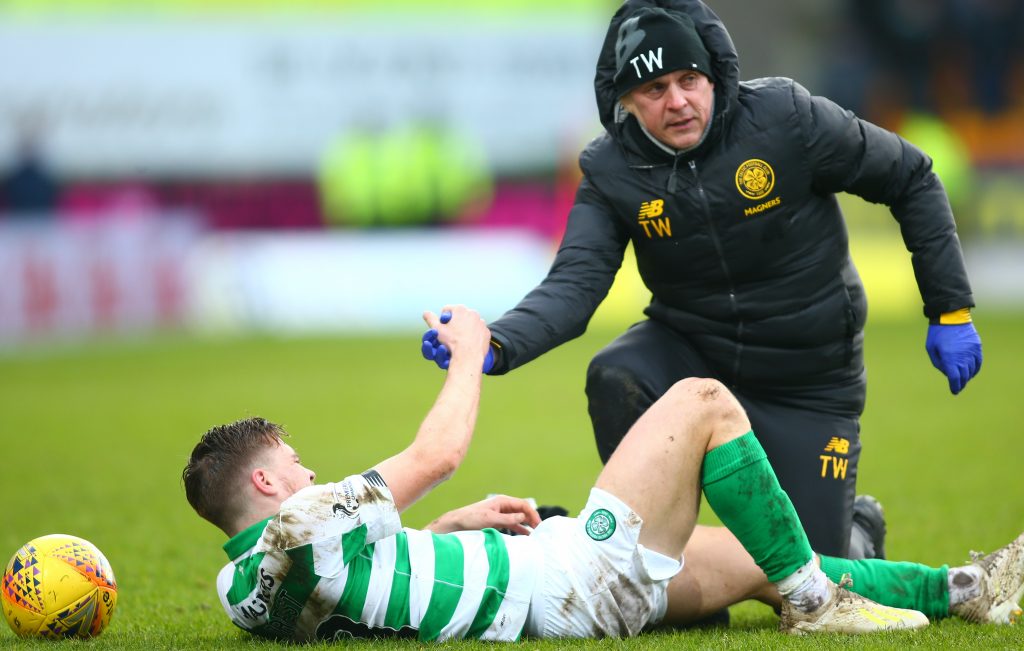 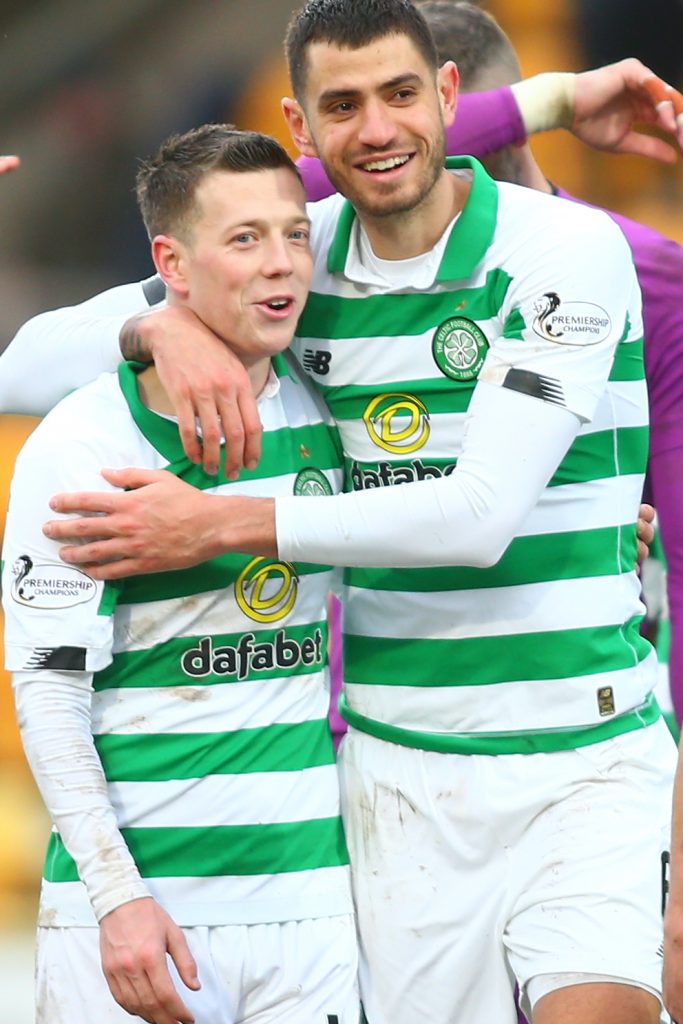 BHOYS’ OWN…Callum McGregor and Nir Bitton share a laugh after their mishap in Perth.

Forrest is ready to play his part after recovering from an almighty clattering tackle from St Johnstone defender Jamie McCart late in the Scottish Cup quarter-final in Perth on Sunday. The Scotland international attacker required medical attention before he could recover.

And just was done when the resultant free-kick from Christie sailed past Zander Clark for the only goal of the encounter with only nine minutes left to play.

Reflecting on the incident, boss Lennon, speaking to the Daily Record, said: “James was lucky, it could have been a bad one, but he’s got big thighs and he rides the tackles quite well.

“Callum is going to be in a plastic cast of some sort. Nir Bitton absolutely hammered the ball at him from five yards.

“He came legging it over and said he needed a caffeine shot. He was feeling a little bit of discomfort in it this morning, but he should be okay.”