ANGE POSTECOGLOU is frustrated in the delay of £4.5million striker Kyogo Furuhashi arrival at Celtic.

The J-League’s top marksman said his final farewell to his Vissel Kobe team-mates yesterday by notching his 15th goal of the season in the 1-1 draw with Cerezo Osaka.

However, the new Bhoy will not be in Glasgow for at least another week due to a combination of medical checks, a work permit and a period of quarantine.

Postecoglou will lead the Hoops into Tuesday’s Champions League second round qualifer against FC Midtjylland with a headache over an attack-leader with Albian Ajeti failing to impress in his 61 minutes in the 1-0 loss to Preston yesterday. His replacement, Odsonne Edouard, also lacked spark. THE FINAL FAREWELL…no matter which way you look at it, Kyogo Furuhashi signed off his Vissel Kobe career in fine style with his last goal for the club in a 1-1 draw. The new Bhoy struck a lightning-swift right-foot shot into the net to give his side the lead, but a last-minute goal spoiled the player leaving on a victorious note. 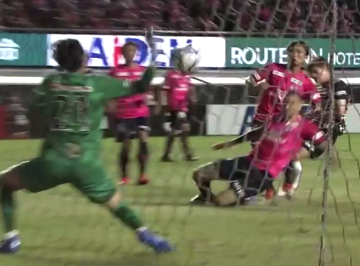 The manager’s options are limited and he said: “It’s not just about signing players, it’s how we can get them in.

“It’s a 10-day to two-week process, so that’s the challenging part at the moment, we’re not able to get people in quick enough.

“It’s just the world we live in. If we could get on a plane, go over there and do the signing.

“We’d all be taking photos and we’d be unveiling him here today. Unfortunately, nothing like that happens any more.”

Postecoglou, speaking to the Sunday Mail, added: “We are working on multiple fronts.

“It’s pretty clear we need to bring players in. That’s not an easy process, but we are working hard, hopefully in the next week.” 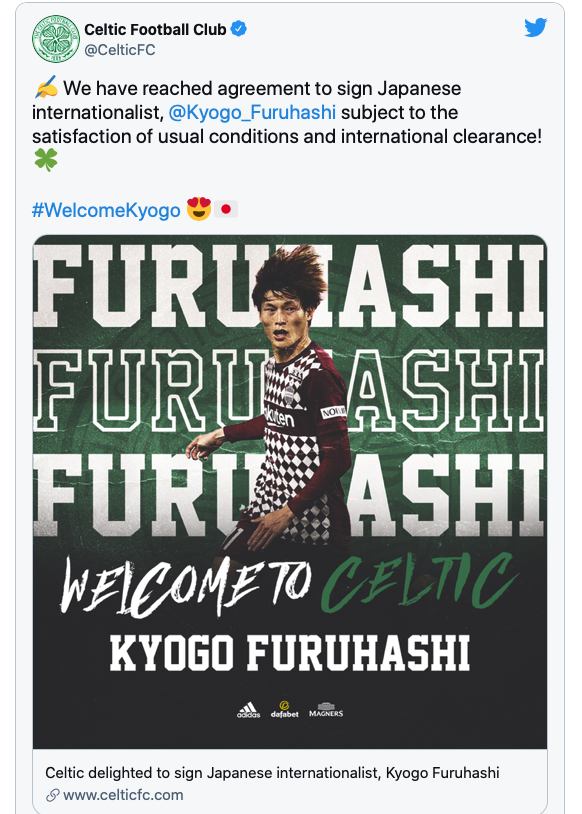 A controversial second-half penalty-kick, handed to the visitors by ref Kevin Clancy, settled the contest against the Deepdale outfit. Ben Whiteman gleefully accepted the dodgy award and slotted the ball past Scott Bain for the game’s only goal.

It was a disappointing evening in the east end of Glasgow, but there was room for optimism over the half-hour performance from Israeli winger Liel Abada.

Looking ahead to the first leg contest against the Danes, Postecoglou added: “He literally just met everyone yesterday. I just put him out there to get a feel for it and get to know the players.

“It’s about letting him get to know us and vice versa. We’ve been working hard to get the team ready.

“We will use the next two days to finalise our plans and, hopefully, we can put a good performance in on Tuesday.”