Celtic Quick News on News Now
You are at:Home»Football Matters»GORDON HAILS RODGERS
By CQN Magazine on 5th July 2016 Football Matters
CELTIC keeper Craig Gordon is backing Brendan Rodgers’ vision for the club.
The experienced Scotland international, 33, is already enjoying the positive outlook the Irishman has brought to the Hoops after replacing Ronny Deila in the summer.
Gordon said: “Since the gaffer has come in, the technical information he has been putting over in how he wants to play – and the tactical aspects of the game he has tried to put in place already in training – have been great to see.
“We have really enjoyed looking at that side of it and how we can improve and he is always seeking to improve in every training session on something and, hopefully, we can continue doing that.”
Gordon, who joined Celtic two years ago to replace Southampton-bound Fraser Forster, has played 45 minutes in each of the champions’ pre-season games. 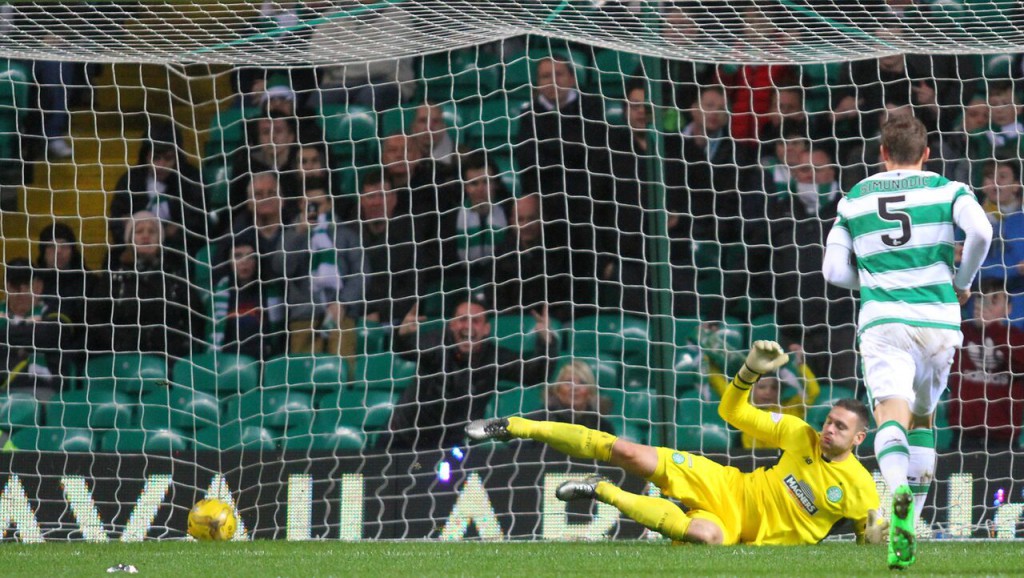 He played in the first-half of the 2-2 draw with Slovenian outfit Celje on Thursday before Italian youngster Leo Fasan took over for the second-half.
And the former Hearts and Sunderland No.1 came on for Belgian back-up Logan Bailly in the 1-0 win over Sturm Graz on Sunday.
Gordon, one of 22 players utilised by Rodgers against the Austrians, said: “In the first-half, we were pretty good and we probably created a few more chances then than we did after the interval.
“Overall, it was a good win and a clean sheet which doesn’t often happen in friendly matches, so we have to take the positives from that.
“It was the coolest day we have had since we have been here and it was nice to play the game under these conditions.

“It’s probably quite unusual for me to have played two friendlies already at this stage as normally I have to wait to later in pre-season to get games.

“It’s been good, I feel fine and my body is holding up pretty well through all the training sessions we have been doing and the games we have had, as well.”

ONCE UPON A TIME IN THE KINGDOM OF GOVANIA is the new beach book by CQN’s Mea Culpa. Beautifully and hilariously illustrated throughout in colour by Cartuja, this wee book has the Zombies foaming at the mouth.
Literally hundreds of them poured their bile out yesterday on Twitter before being blocked
Get your own copy and see the effect it has on them for yourself!
www.cqnbookstore.com – all pre-ordered copies were posted yesterday so should start arriving this morning.