Celtic Quick News on News Now
You are at:Home»Football Matters»GRIFFITHS’ GOAL HOPE
By CQN Magazine on 24th March 2016 Football Matters
LEIGH GRIFFITHS hopes he can continue his phenomenal Celtic goalscoring run to break his duck at international level.
The 35-goal hitman is poised to face Denmark in the friendly at Hampden on Tuesday and he reckons he can impress Gordon Strachan – and get that crucial breakthrough strike.
Griffiths said: “The way I’m playing at the moment, I feel confident going onto the football park. It is a different environment at international level, but I will still be going there confident of making an impression. 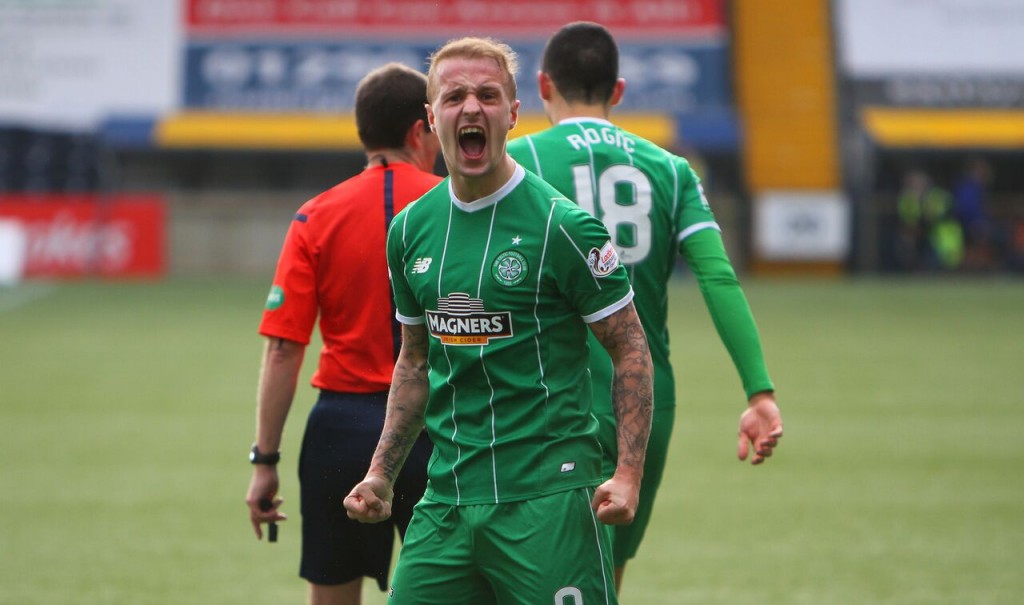 “I have been lucky to play for Scotland, but in terms of scoring, I have still to do that. Hopefully, that’s just around the corner.”

The prolific frontman is likely to face his Hoops team-mate, Erik Sviatchenko, who is expected to line up in central defence for the Danes.

The centre-half has performed well since arriving in the January transfer window and Griffiths is looking forward to going up against him.

He said: “Erik, of course, is a Scandinavian and we have others at Parkhead such as boss Ronny Deila and Stefan Johansen, both from Norway, and Sweden’s Mikael Lustig, so he would have known that he would settle quite well here.

“He was thrown straight in, but I don’t think the gaffer had any qualms about that. He has done well since coming here.

“However, I will be solely focused on what I can do at Hampden if I get the chance.”
* Griffiths was talking to the Celtic View, which is out now.