Celtic Quick News on News Now
You are at:Home»Football Matters»GRIFFITHS HAILS PADDY ROBERTS
By CQN Magazine on 13th April 2016 Football Matters
LEIGH GRIFFITHS has admitted he is already a fan of Celtic’s latest Bhoy racer, on-loan winger Paddy Roberts.
The tricky 19-year-old Manchester City flanker is looking for a double celebration if he plays in the Scottish Cup semi-final at the weekend. 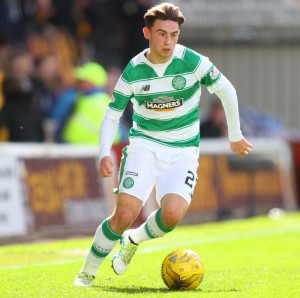 Roberts saw his parent club reach the last four of the Champions League for the first time in their history when they overcame Paris Saint Germain 3-2 on aggregate on Tuesday.
And Griffiths reckoned City’s £12million buy from Fulham a year ago, who scored his first senior goals with a double in the recent 3-1 win over Hearts, has the ability to handle the heat of Hampden in the High Noon shoot-out against the 4 year old Sevco club.
The 37-goal marksman said: “Patrick Roberts just keeps going at guys and you can see that the lad has so much talent.
“He is creating opportunities with the way he plays and that can only be a good thing.”
Colin Kazim-Richards had a rare start in the 2-1 win over Motherwell at Fir Park on Saturday and the international frontman praised the recent addition to the Hoops squad from Feyenoord on a two-and-a-half year deal in January. 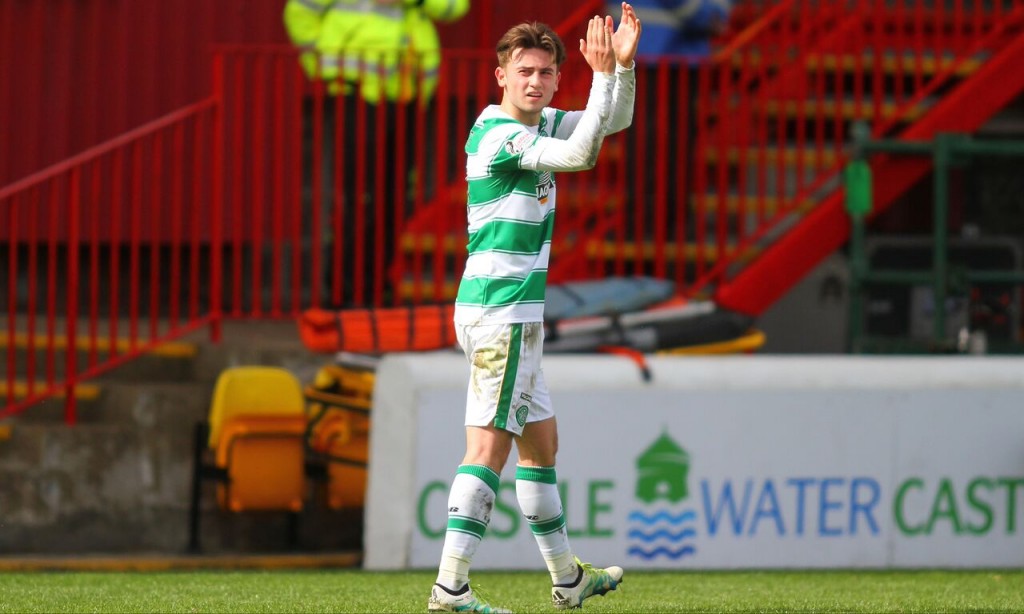 Griffiths said: “Colin has attributes that I don’t have. He is a strong guy and against Motherwell he created space for me by occupying their defenders.
“He also has a wee bit of fire about him and I don’t think you can’t take that away from him or else he wouldn’t be the same player.

“But we will see how the manager, Ronny Deila, wants to go about it. I actually thought we played some of the best football we have for a while in the first-half against Motherwell.

“We were getting so much of the ball on the left-hand side. Stefan Johansen was great in support and we are starting to see the best of Scott Brown again.”

Have you ordered your SIGNED copy of Charlie Gallagher’s new biography which is published by CQN in the next few weeks? Written by Celtic historian David Potter and with forewords from both Willie Wallace and Tommy Gemmell, this is the latest CQN book in our Lisbon Lions series.

A signed copy will make an excellent Father’s Day gift, so why not make sure you get one of the limited number that Charlie will sign for us?

You can order HERE or click on the image below.