Celtic Quick News on News Now
You are at:Home»Latest News»HAYES’ TEARS TO CHEERS
By CQN Magazine on 21st May 2019 Latest News

JONNY HAYES was in tears the last time he was on the Hampden pitch and Celtic lifted the Scottish Cup.

It was May 27 2017 and the Irishman lay defected on the rain-soaked surface following Tom Rogic’s dramatic late winner to clinch the treble in Brendan Rodgers’ debut season.

Hayes had opened the scoring for Aberdeen early on when he thumped a first-time drive beyond Craig Gordon following a right-wing corner-kick.

The lead lasted mere minutes before Stuart Armstrong rifled the equaliser past the stretching Joe Lewis and then the Wizard of Oz applied the special finishing touch to take the glittering prize to Parkhead. 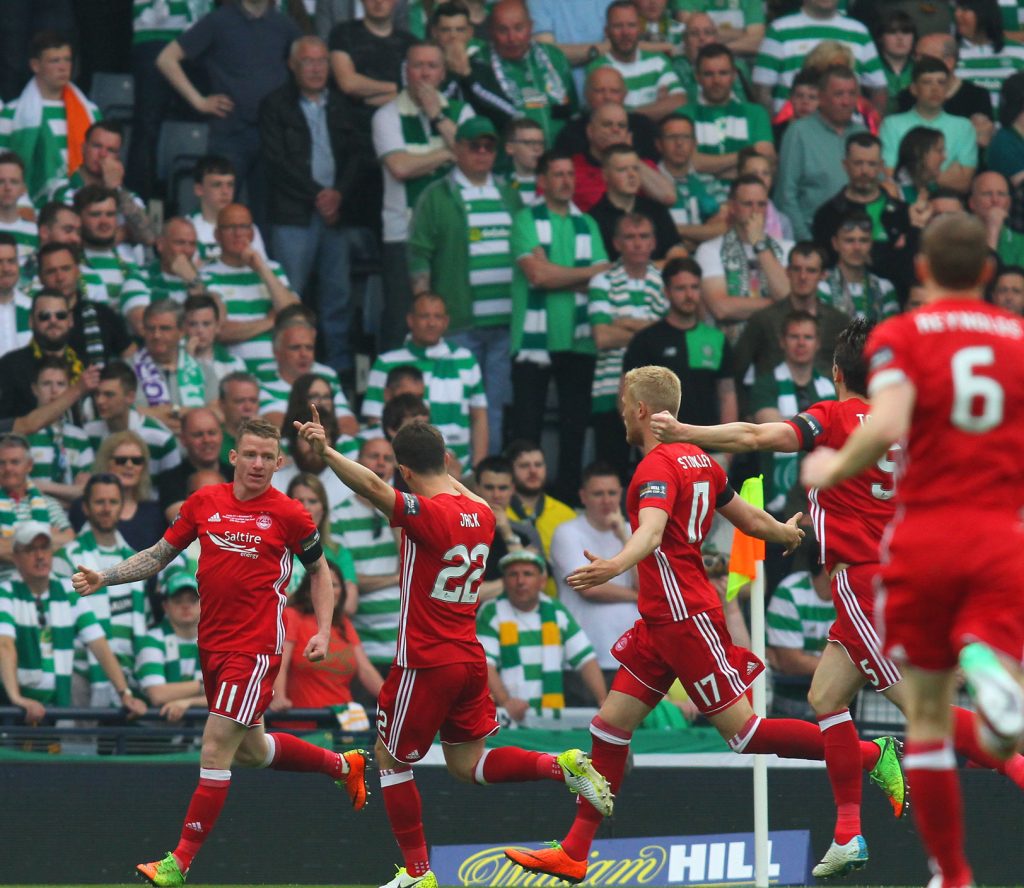 RED ALERT…Jonny Hayes silences the Celtic support after giving Aberdeen the lead in the Scottish Cup Final two years ago.

Hayes, recovering from a broken leg sustained in the Boxing Day encounter against Dundee at Dens Park, played no part in last season’s 2-0 success over Motherwell with Callum McGregor and Olivier Ntcham on target.

Now the versatile 31-year-old winger is hoping for better fortune as the Hoops face Hearts in the grand finale at Hampden on Saturday.

Hayes, speaking to the Celtic website, said: “There’s obviously a lot of hard work to get to this point, not just month or this season, it’s been three years in the making. It’s nice to look forward to a Cup Final in any circumstances, never mind the one we’re in.

“No matter what team you play for, no matter in which league you play your football, to have a Trophy Day and Cup Final as your last two games – take away the fact we’re on for a treble treble – anyone would bite your hand off for that.” 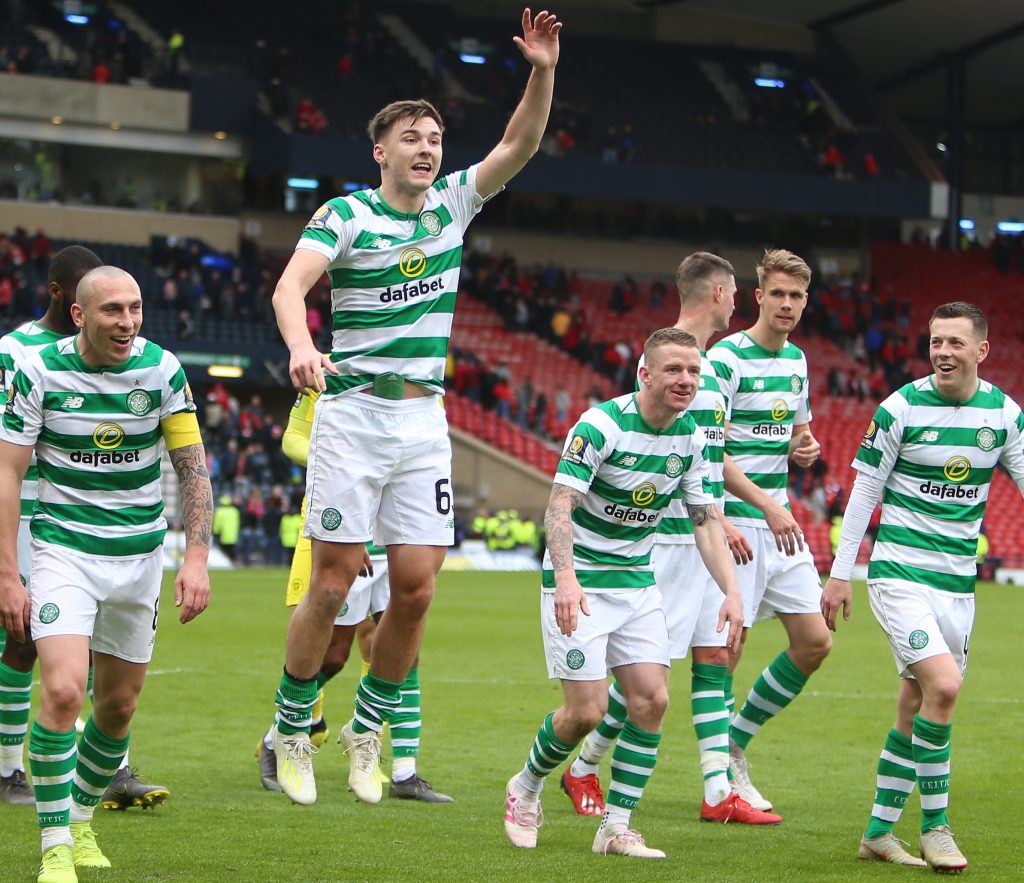 Looking ahead to next season, he added: “Being able to compete for a ninth league title is remarkable, especially when you consider the competitiveness of modern football. There was, of course, a long spell in the 1990s when Celtic were less successful – but now there’s dominance on our side.

“You can never take any of it for granted.

“I’ve seen the league when our rivals were winning titles and, while it’s the flip-side now, there are a lot of people out there who won’t remember the bad times. That’s why standards nowadays are so high. People almost expect trophies, they expect dominance.

“We really enjoyed Trophy Day at the weekend and we now turn our full attention to another game against Hearts, this time at Hampden.

“We know we’re up against a very good side, but we want to win and ensure we go down in history.”