SCOTLAND have recalled young Celtic defender Jack Hendry to the squad for the forthcoming Nations League game against Israel and the friendly against Portugal at Hampden a week on Sunday. 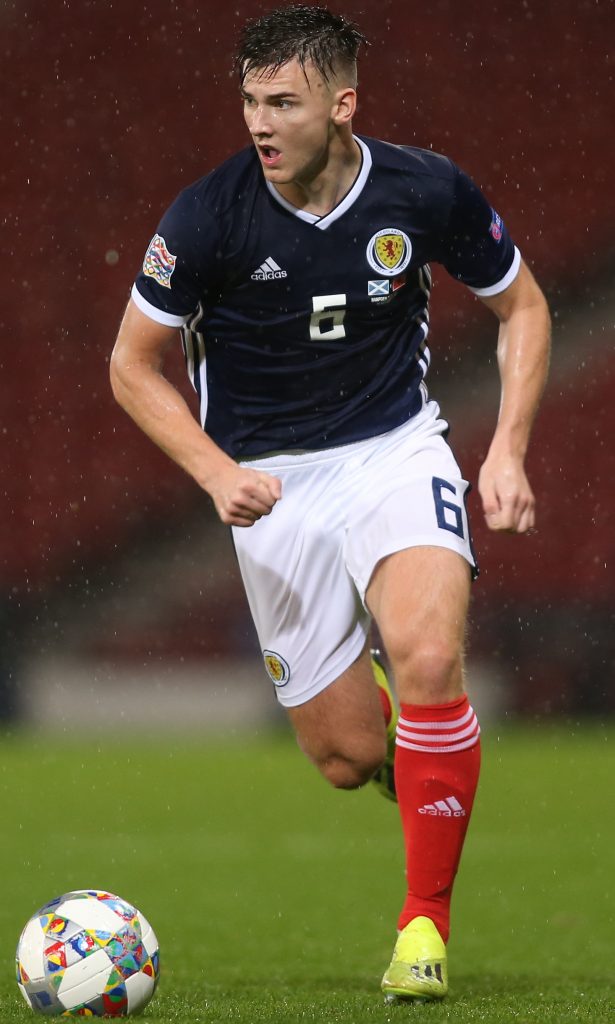 SCOTLAND THE RAVE…Kieran Tierney on the ball for his country. Pic: Geo.

The Dons stopper was involved in a moment of controversy in his side’s 1-0 loss at Parkhead on Saturday following a high challenge on Odsonne Edouard which, remarkably, went unpunished by referee Bobby Madden.

Scotland, who beat Albania 2-0 in their opening Nations League match, travel to face Israel a week on Thursday in Haifa before hosting the Portuguese three days later.