LEIGH GRIFFITHS swept in his 112th goal for Celtic in the champions’ 4-0 victory over Motherwell at Fir Park in midweek.

The comeback Bhoy was in the ideal place to turn a superb left-wing cross from Callum McGregor past helpless keeper Mark Gillespie to double the Hoops’ advantage after Odsonne Edouard’s first-half strike.

As soon as Griffiths’ effort crossed the line, he had overtaken John Hartson’s tally of 111 that had stood for 14 years. 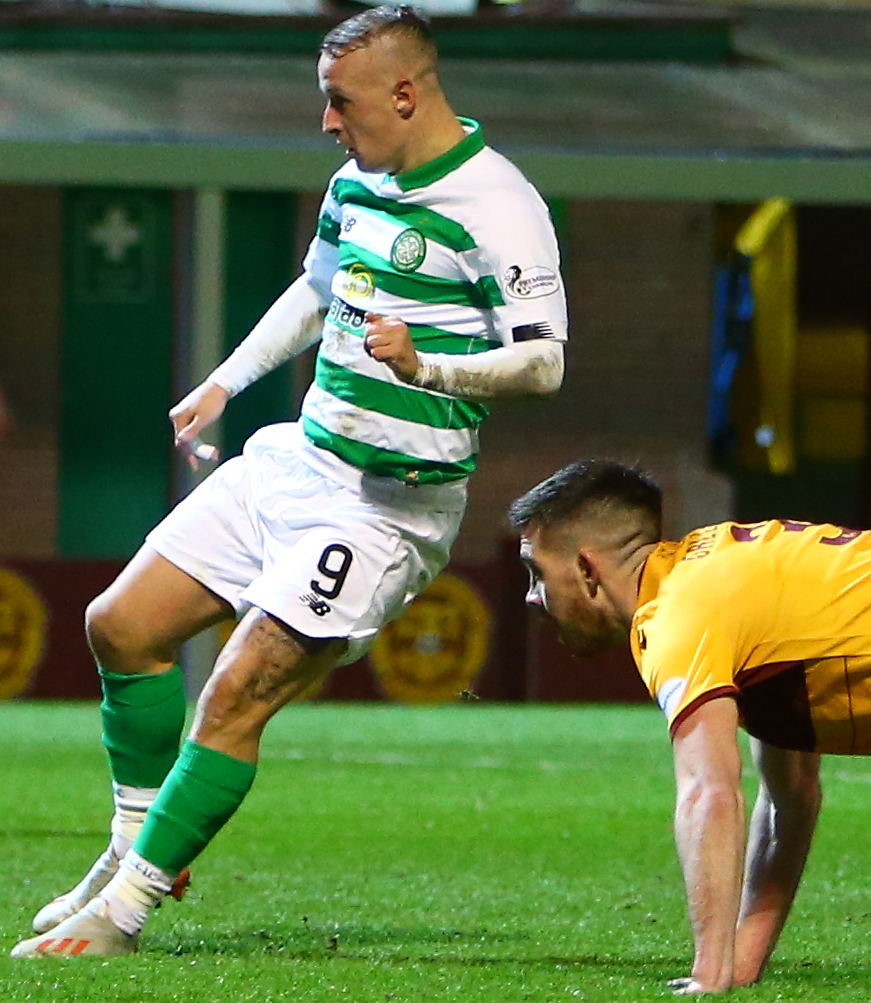 LETHAL LEIGH…comeback striker Leigh Griffiths scores his 112th goal for the Hoops in the 4-0 win over Motherwell.

And the Welsh legend was one of the first to congratulate the Scotland international for beating his record.

Hartson took to social media to acknowledge the feat and said: “Stood for 14 years! Couldn’t be more happy for Leigh…now go and get yourself 200.”

Celtic also took to instagram to add their congratulations to the frontman who collected his fourth goal against Well in his sixth game of 2020.

Remarkably, it has taken Griffiths until now to score 12 goals since he netted his 100th strike for the club in the 3-0 win over FK Suduva in the Europa League qualifier at Parkhead on August 33 2018. 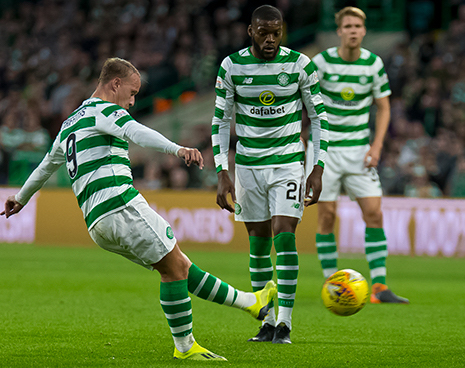 TON-UP BHOY…Leigh Griffiths hits his 100th goal for the club with a free-kick in the 3-0 win over FK Suduva in August 2018.

Of course, the player missed over a year due to personal issues, but he looks like making up for lost time since the turn of the year.

Griffiths is now 21st in the list, way short of the club’s leading marksman of all time Jimmy McGrory with a phenomenal 468 goals, a record that will surely never be beaten.

Neil Lennon could give 29-year-old attacker another chance to add to his total when the holders take on Clyde in the Scottish Cup at Broadwood on Sunday.