CRAIG GORDON is on the brink of becoming a History Bhoy at Hampden on Sunday – and the Celtic keeper could achieve the milestone moment without seeing any action.

However, Gordon, who will celebrate his 36th birthday next month, could become the first Celts’ custodian to win four medals in the tournament.

Bain, 27, has been in charge of the gloves throughout the competition and played against Partick Thistle (3-1), St Johnstone (1-0) and Hearts (3-0) in the holders’ surge towards a fifth successive national Final for boss Rodgers in two-and-a-half years.

The Hoops boss said: “Scott plays on Sunday – I have no qualms about that. He is a fantastic keeper while, of course, Craig can still get a medal.

“He understands where it is at and it is something that we spoke about at the start of the season. He knew that if I was bringing in a number two goalkeeper that I would want him to have some involvement in the Cup competitions, so it has worked out well.

“Craig is very supportive. He is a brilliant goalkeeper and he is very mature in his outlook. He recognises the importance of him doing well that he also needs a number two who is performing to a good level, as well.” 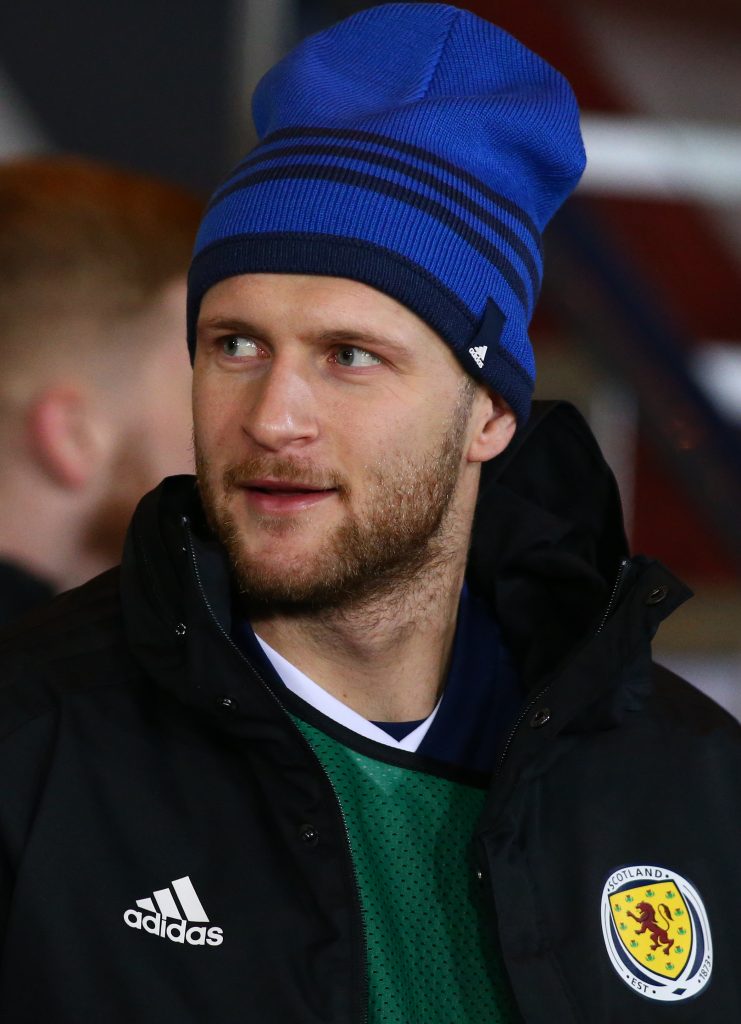 HAT-TRICK…Scott Bain at Hampden for the Israel game after his international call-up to replace Craig Gordon. Pic: Geo.

Bain, who had completed his contract with Dundee, agreed a permanent deal with the champions in the summer after arriving as emergency loan cover for the injured Gordon in the January transfer window.

The agile shotstopper made a remarkable debut in the 3-2 victory by 10-man Celtic at Ibrox in March when both Gordon and No.2 Dorus De Vries were sidelined.

Rodgers’ men had to play a man short for over half-an-hour following Jozo Simunovic’s red card.

The Parkhead gaffer added: “The biggest test you have as a Celtic player is playing away at Ibrox. It could have been too big for him, but Scott has a really good temperament and he fits into how we play.

“He is calm with it and works really hard. He knows he has the trust of the management and the players, so when he goes into the team, he copes very well with it.

“Every time he has played he has been first-class.

“He has been brilliant here and has a great mentality. He has also been very loyal as the support keeper. I see him as an equal.

“Craig has got the shirt and has been brilliant for a long period for me, but it is important that we have another goalkeeper without having any fear of putting him in and Scott has shown that in my time here.”