COMEBACK Bhoy Cristian Gamboa has vowed to fight for his Celtic future.

The Costa Rican defender produced a stunning performance in only his third appearance of the season in the 3-1 Betfred League Cup victory over Partick Thistle at the weekend to earn praise from Brendan Rodgers, as CQN reported yesterday.

Now Gamboa, who cost £1.2million when he joined from West Brom two years ago, is eager to make up for lost time.

The raiding right-back, 28, who featured a mere three times in the previous campaign, wants to remain at the champions.

He said: “I still have one year on my contract and I’ve always said my family are happy here.

“I’m happy as it’s a fantastic club and I always give my best. 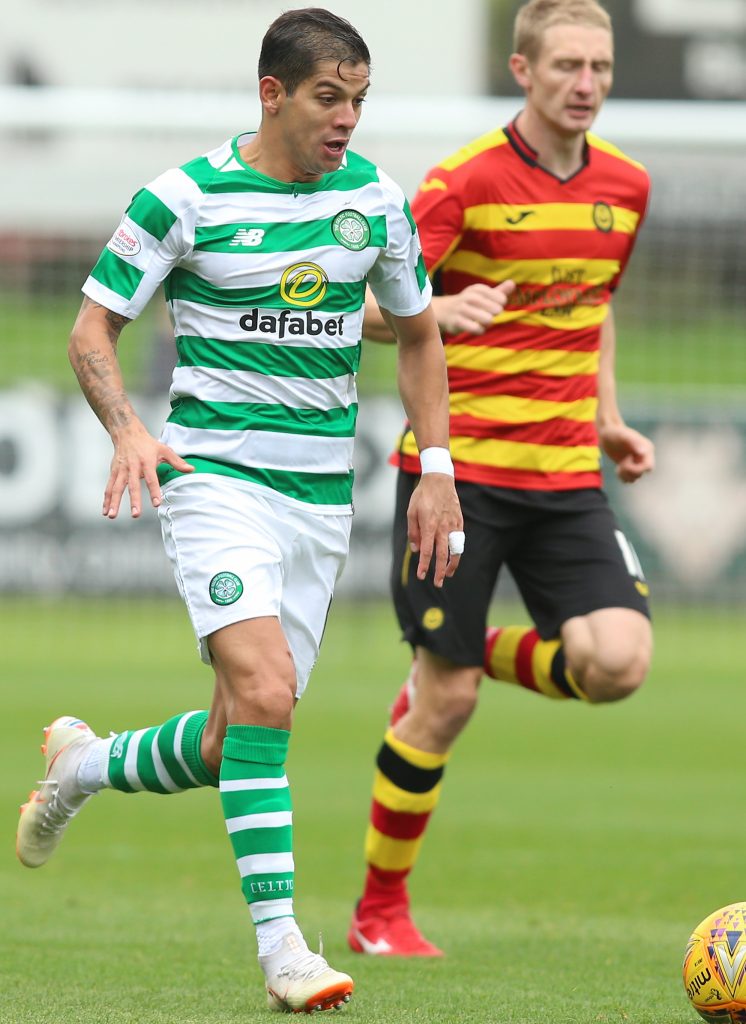 GOOD TO BE BACK…Cristian Gamboa races away from Thistle’s Chris Erskine at Firhill. Pic: Geo.

“I just have to keep going. Playing for Celtic is one of the best clubs in my career.

Gamboa is now looking ahead to Thursday’s Europa League play-off encounter against FK Suduva in Lithuania and the Central American is adamant the club must progress for their honour and the sake of the Scottish game.

He added: “We need to play European football. For Scottish football and for Celtic, we need to be involved there.

“Of course, we wanted Champions League, but now it’s over, so we need to get the Europa for the fans and the people around the club.

“It’s nice to play in Europe. We always get good games, especially at Celtic Park. We need to do it.”