FORMER Blunder Bhoy Efe Ambrose has been told to cut out the mistakes by his ex-Celtic boss Neil Lennon.

The Nigerian international defender gifted Ross County a penalty-kick in the Easter Road side’s dramatic stoppage-time 3-2 win yesterday to set up a Betfred League Cup-quarter-final clash with Aberdeen next month.

But error-prone Ambrose, who played only two games following Brendan Rodgers’ arrival at Parkhead in May 2016, had Lennon fizzing and labelling the Highlanders’ second goal “a piece of nonsense”.

It took a stoppage-time effort from new boy Daryl Hogan to get the Edinburgh side into the last eight and the Irishman was happy with the commitment and battling qualities of his team.

However, Lennon has ordered Ambrose to cut out the mistakes which threatened to end his club’s interest in the competition. 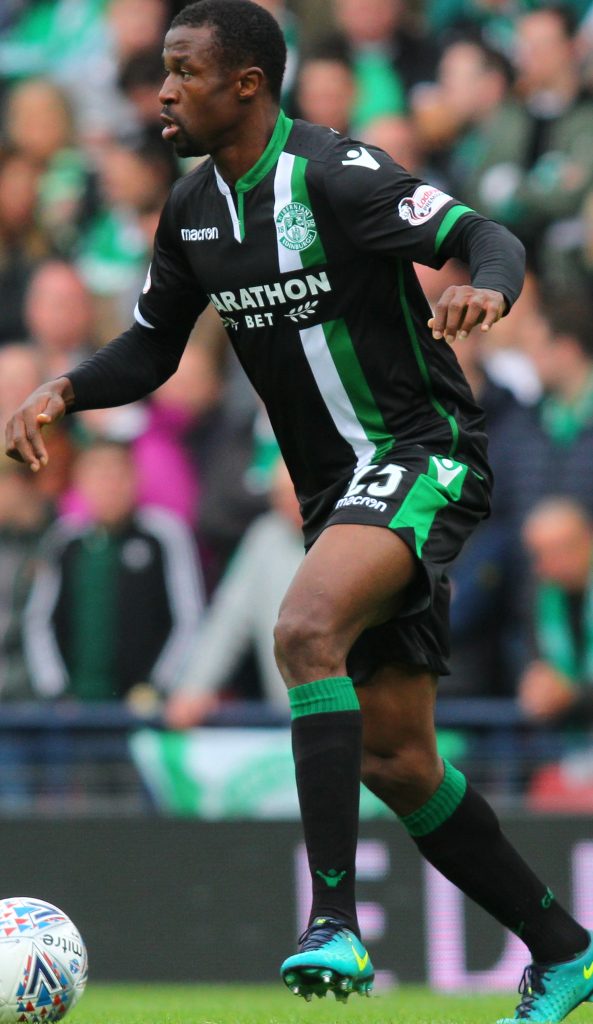 The former Hoops centre-back was involved in the penalty-kick that gave allowed the visitors to take a 2-1 lead and his ex-Parkhead gaffer fumed: “Efe has to stop it.

“The second goal was a piece of nonsense, it was uncalled for and we had a bit of a wobble after that penalty-kick.

“The players have plenty of character, which is great, but it is almost as if we wake them up from a slumber.

“The reaction was great, Stevie Mallan comes up with a superb goal. He’s been a revelation. And Horgan has got off to a wonderful start. This was his first game for a while, but he is quality.”

The victory over County saw Lennon complete his SFA touchline ban and he admitted he’s looking forward to getting back into the dug-out.

He added: “It will be a novelty getting back in there, it’s almost as if my season is starting. Now I’ll just keep my mouth shut and get on with my job.”