PARADISE was awash with emotion and sentiment yesterday in honour of Celtic legend Billy McNeill who sadly passed away on Monday at the age of 79 after a brave battle against dementia.

The players and supporters turned out in an extraordinary tribute to a club great  who will live forever in Celtic history.

McNeill was Jock Stein’s infield leader in the mid-sixties and mid-seventies and, of course, was the captain when the Parkhead side conquered Europe in Lisbon in 1967 for the centre-half to become the first Briton to get his hands on the coveted European Cup.

His memory will live forever and Neil Lennon was quick to say after the narrow victory over a stubborn Killie side that “The Big Man might have been looking down on us.”

With uncanny timing, Jozo Simunovic, wearing the No.5 associated with McNeill, scored with a flashing header only seven seconds beyond the 67-minute mark.

Read into that what you will.

At the end of a draining afternoon, physically and mentally, the Croatian’s goal had pushed the champions closer to their eighth successive title.

CQN‘s ace snappers were at Parkhead to capture the best moments on and off the pitch. Here is the pick of the pics. 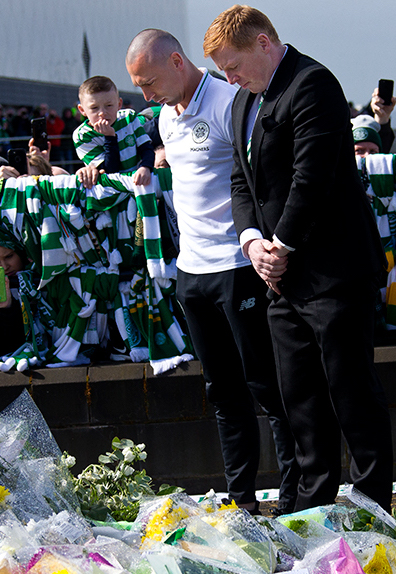 EMOTIONAL…skipper Scott Brown and interim boss Neil Lennon after laying a wreath at the statue of Billy McNeill on Celtic Way. 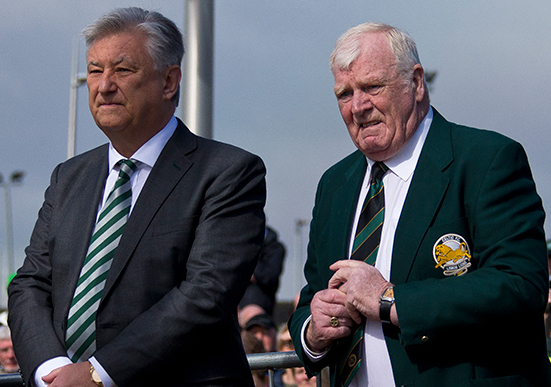 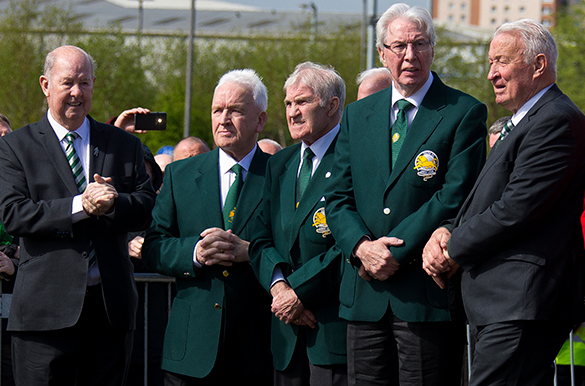 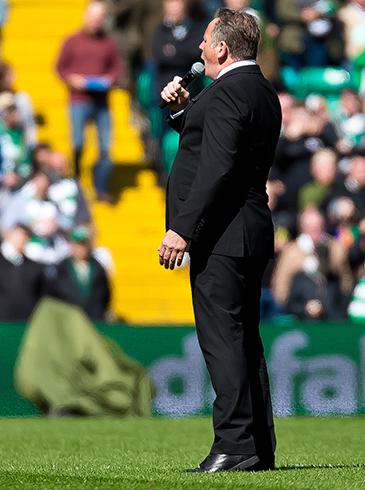 FAN-TASTIC…the Celtic supporters display an astonishing image in memory of their former manager and captain.

MESSAGE FROM THE SUPPORT…and the words say it all. 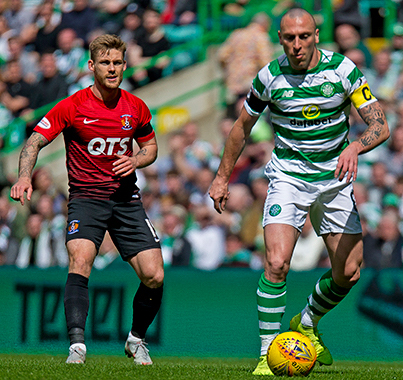 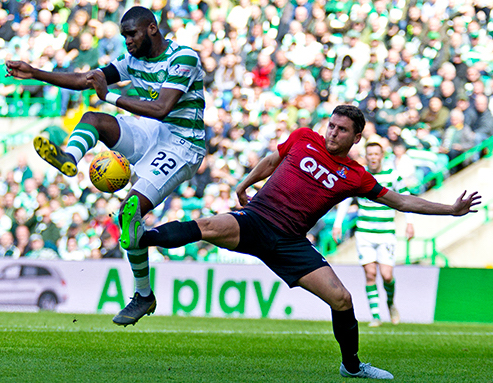 HIGH JINKS…Odsonne Edouard gets in front of Alex Bruce to hook an effort at goal. 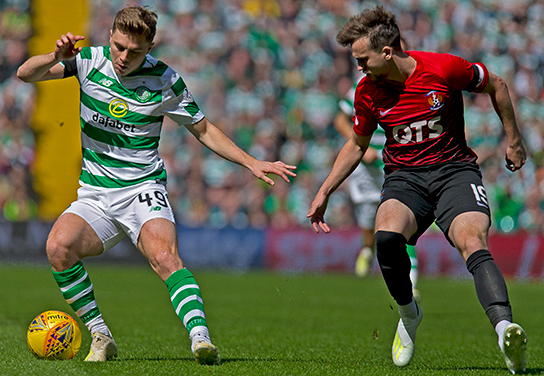 ON THE BALL…James Forrest mounts another attack. 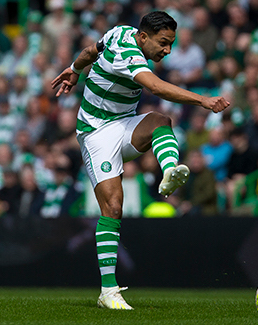 BY THE LEFT…Emilio Izaguirre lets fly with a shot that zips just over the bar. 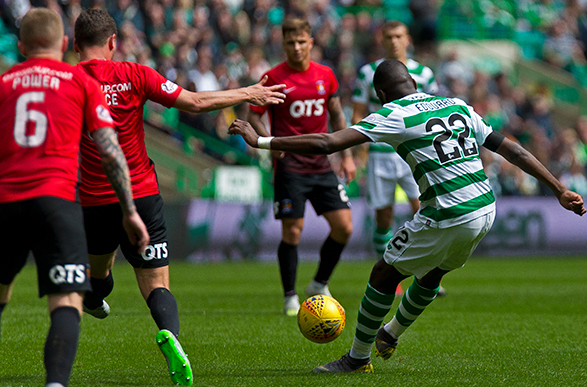 BY THE RIGHT…Odsonne Edouard fires in a dangerous effort. 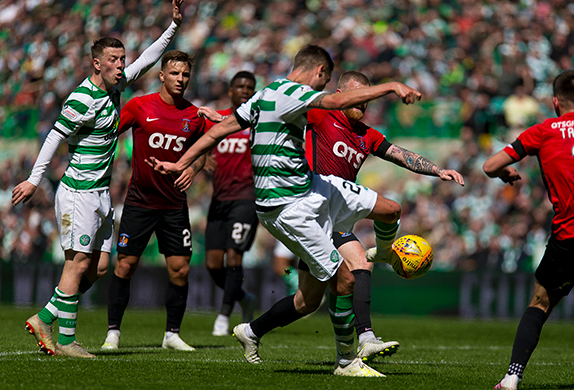 SWEDE DREAMS…Mikael Lustig tries to open the scoring as Callum McGregor looks on. 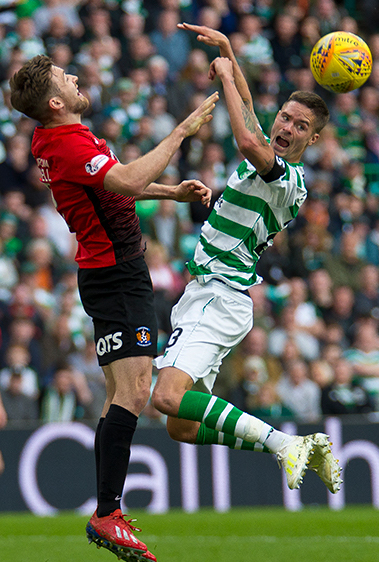 UP IN THE AIR…Mikael Lustig challenges Stephen O’Donnell. 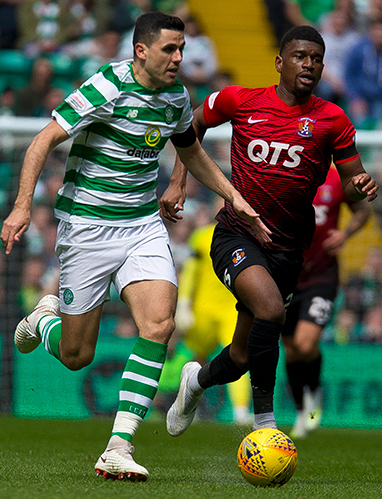 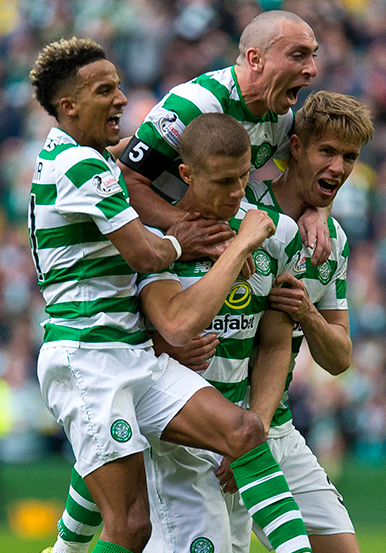 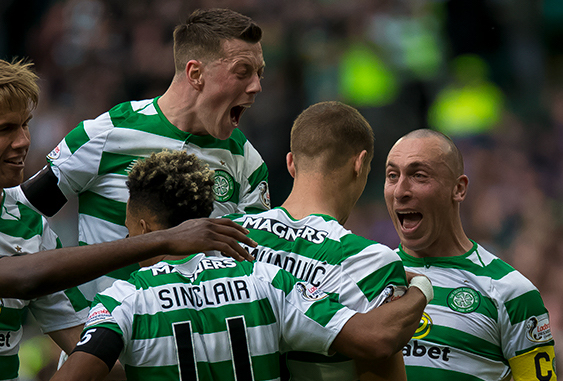 CHEERS…Scott Brown yells with delight as Callum McGregor joins in the congratulations.

FAREWELL, BIG BILLY…when will we see your like again?