Celtic Quick News on News Now
You are at:Home»Latest News»‘IT COULD HAVE BEEN A LOT MORE,’ BROONY
By CQN Magazine on 3rd February 2020 Latest News

And the man who cost a-then record fee of £4.4million when he arrived from Hibs in the summer of 2007 reckons the win could mark a massive turning point in the Hoops’ bid for their ninth successive title.

Goals from Odsonne Edouard (2), Christopher Jullien and James Forrest brought in the 21st Premiership victory of the campaign to move them seven points ahead of Steven Gerrard’s Ibrox outfit who drew 0-0 with Aberdeen in Glasgow at the weekend.

Brown admitted the title kings hadn’t exactly sparkled in the first-half at the FYO Stadium where they conceded the opening goal to Marios Ogkmpoe following a left-wing corner-kick.

However, the picture altered when Accies had defender Jamie Hamilton red-carded in the 34th minute for a professional foul on Leigh Griffiths and Edouard whipped in the resultant free-kick. 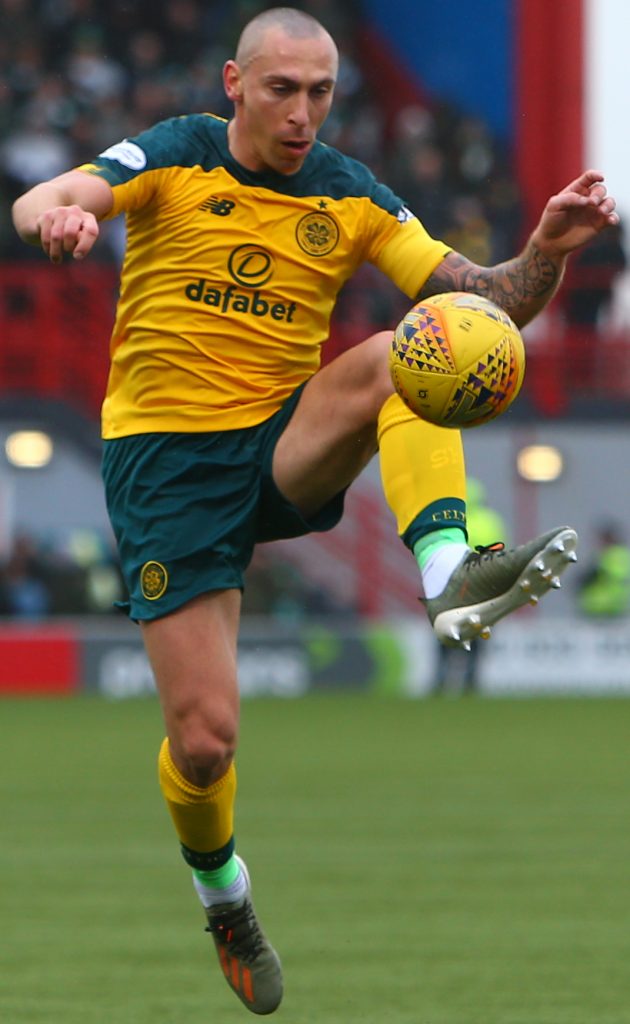 The 34-year-old inspirational skipper, speaking to the Scottish Sun, said: “It was difficult for us until they had the man sent off.

“It was all about us in the second-half. It was about having a lot more penetration and a lot more of the ball.

“For us, it is about taking each game as it comes. It is about keeping going which this team does. We are great at that. “

The visitors struggled to break down a determined Accies side desperately battling for top-flight survival and the midfielder added: “They went to a 4-4-1 and played direct, played long balls, but it was about us creating chances.

“We had genius coming off the bench in Ryan Christie and Tom Rogic, so it was all about the squad.

“We didn’t start off as well as we hoped, but we finished strong.”