CELTIC star Tom Rogic admits he is thoroughly enjoying the craziest spell of his club and country career.

The Aussie midfielder is hoping to mix World Cup, Premier League and Champions League action all within the next fortnight.

Rogic is currently in the middle of a mammoth 19,000-mile round trip after linking up with Australia for the World Cup qualifier against Iraq in Perth before facing the United Arab Emirates in Abu Dhabi on Tuesday.

The 23-year-old playmaker will then turn his attention back to club football with the Hoops due to meet Rangers at Parkhead a week today and then Barcelona at the Nou Camp stadium three days later.

But Rogic insisted he would not want it any other way. He said: “We’ve got match when we get back on Saturday and then Barcelona away on the Tuesday.

“It’s all a bit crazy at the moment, but I’m certainly loving it and long may it continue.

“We’ve had some unique games at our club. We’ve gone to Kazakhstan, we’ve gone to Israel. It doesn’t really stop. Then there are the international and they’re just part of it.”

Rogic only has only had 10 minutes of Champions League group stage involvement after coming off the bench in the 3-0 home defeat to Inter Milan in November 2013 during Neil Lennon’s reign.

The former Central Coast Mariners youngster, who signed a new three-year deal with Brendan Rodgers’ side last month, is determined to play a bigger role this time in a group that includes the Catalan giants, Pep Guardiola’s Manchester City and German outfit Borussia Monchengladbach.

He added: “It’s a tough draw. Any team in the Champions League is going to be tough.

“It’s about making sure we’re ready for those matches and enjoying it because we’re not there to take part and make up the numbers.

“I’ve been around long enough to know how important it is to be in this competition and it’s exciting.

“I got a taste of it a few years ago when I first came to the club. I obviously didn’t feature as much, was relatively new and didn’t have as much of an influence in games.

“When you’re playing your home matches in front of 60,000 fans and the atmosphere that comes with it, it’s not something I take for granted or take lightly

“That’s why I said when I re-signed that I didn’t want to leave Celtic.” 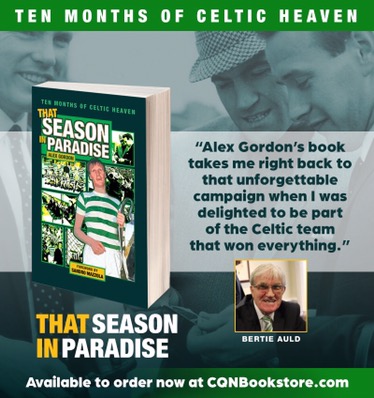