JAMES FORREST admitted it was “pretty crazy” he had thumped in five goals in two games to secure a Euro 2020 play-off for Scotland.

The Celtic winger fired in a hat-trick in the nervy 3-2 triumph over Israel at Hampden to follow on from his two goals in the 4-0 victory in Albania on Friday night.

As CQN reported last night, Forrest became the first Hoops player since the legendary Jimmy Quinn against Northern Ireland to notch a treble for his country in 110 years.

And the 27-year-old raider, who was watched by boss Brendan Rodgers and his assistant Chris Davies at the national stadium, was thrilled afterwards.

Forrest, who had gone 24 games without an international goal, beamed: “It was incredible, I’m absolutely buzzing.

“It was great scoring my first goals for Scotland the other night, so to come to Hampden and get a hat-trick is the stuff of dreams.

“It’s up there with everything else I’ve done, it’s up there with the big nights I have had at Celtic. I only got my first goals the other day and now I have five, it’s pretty crazy really.

“I just have to keep working hard, play well for Celtic and when we meet up with Scotland again, I hope I’m still playing with as much confidence.

“It has been a really positive 10 days.” 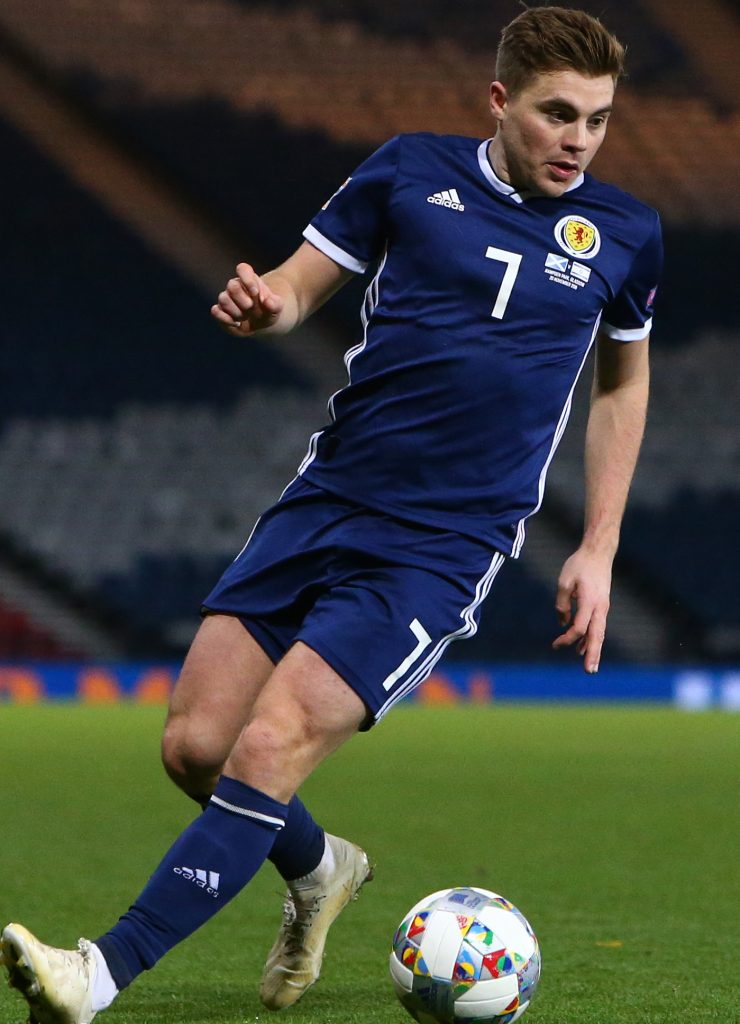 Forrest added: “Now we know we have the play-offs, we can have a real crack at the qualifiers.

“The manager and the staff will tell us to put this stage of it to bed and now get ready for the games ahead. A lot of people have been indifferent about the Nations League, but it has been competitive games and a great chance to qualify.

“From the outset we aimed to top the group and we have done that, so the momentum will be there heading into the qualifiers.

“What we have done over the last 10 days will give us plenty of confidence and everyone is looking forward to the draw now.

‘We will find out who we’ll be playing, but with the way we have performed – attacking, creating chances and scoring goals – we will fancy our chances against anyone.

“The group has been working hard – we have to keep it going now.

“We can’t get carried away now, but this is a step forward for us, we have made it into the play-offs and everyone is looking forward to the qualifiers starting.” 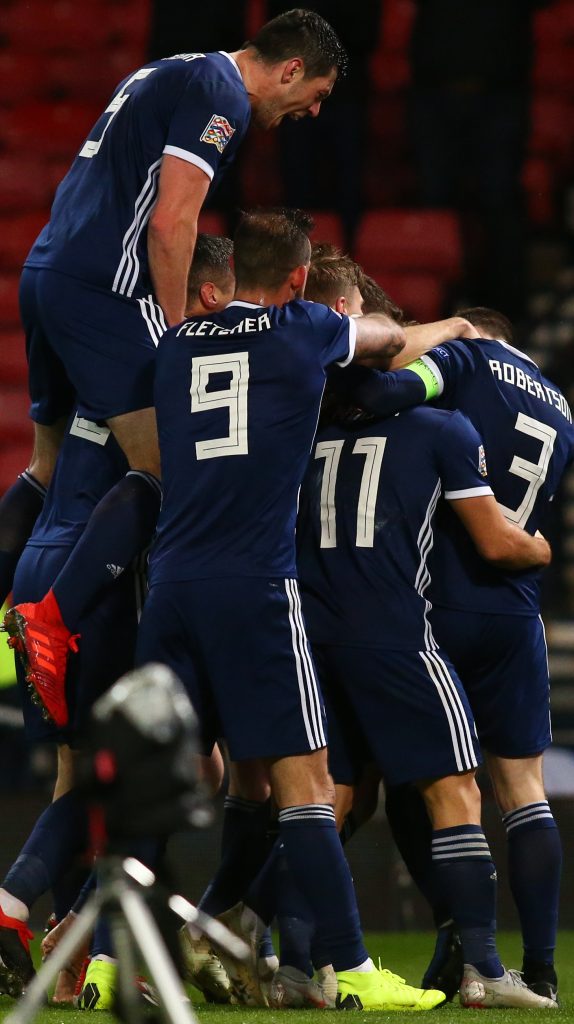 THE MISSING LINK…James Forrest disappears under a pile of delighted Scotland team-mates after completing his hat-trick. Pics: Geo.

The wins over the Albanians and Israelis have ensured Alex McLeish’s side will have the back-up of a Euro 2020 play-off semi-final in March of that year – and will be in the third pot of seeds when the draw for the regular qualifiers takes place in Dublin a week on Sunday.

Forrest’s first goals for his nation were scored in the space of 99 minutes, but Celtic fans are used to the touchline terror going on scoring sprees.

He thumped in four in 30 minutes in the champions’ 6-0 success against St Johnstone in Perth last month.

Forrest will now have Hamilton Accies in his sights when the Hoops take on Martin Canning’s team on the artificial surface on Saturday afternoon.