Celtic Quick News on News Now
You are at:Home»Latest News»‘IT’S THE BEGINNING OF THE JOURNEY AND I COULDN’T BE HAPPIER,’ RODGERS
By CQN Magazine on 7th April 2017 Latest News

BRENDAN RODGERS today spoke of his delight at signing a four-year deal with “the greatest club in the world”.

The Celtic manager said: “We (always) want to win the league and as long as I am here that will be the aim.

“The length of contract wasn’t necessarily built around that (winning 10 successive titles). 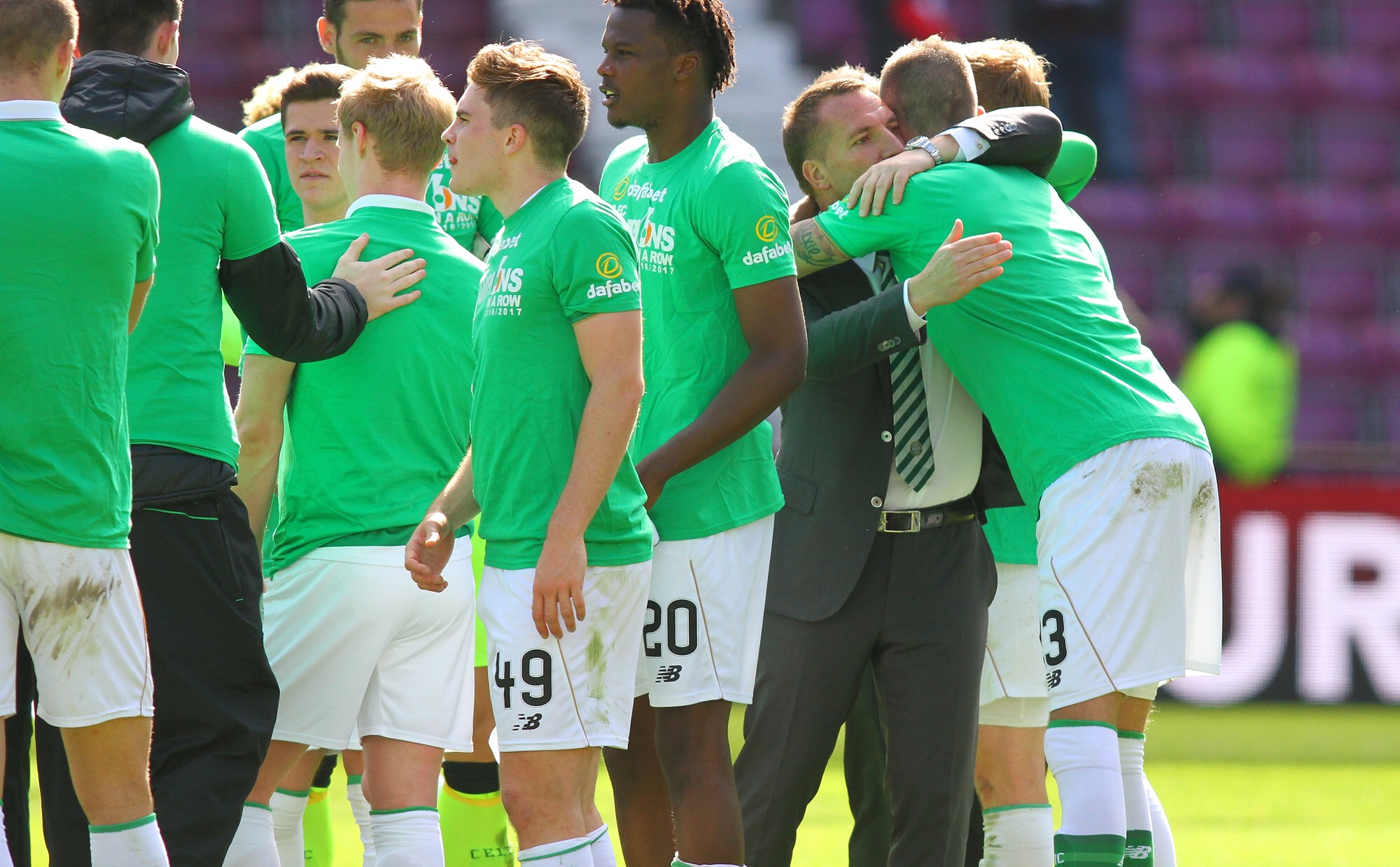 “It was more of a commitment looking forward in terms of improvement, seeing some of our young players through from the academy.

“I also had to think about the players I sat talking about contracts for and with.

“And it was going to be very hard for me to sit with Craig Gordon, Kieran Tierney, Tom Rogic and James Forrest and all these boys and ask them to commit their futures to Celtic, and me on a one-year rolling contract.

“It is a young squad, we have got some real good experience in there, as well, and over the course of four years that allows that group to develop and improve and I want to be a part of it.

“Players will always look at the manager and see how long he is connected to the club.

“If I am committed to the club fully, hopefully that makes it a little bit easier for them to make that decision. That is important.”

Speaking about agreeing the extension, the Hoops boss said: “It felt right. We have been talking for a little while and it felt the right thing to do. I couldn’t be happier.

“I came in here on a rolling one-year contract, but we were all happy with that, happy to be here. But, of course, not just a decision of mine.

“I’m very grateful for the commitment of the board. Professionally and personally, I’m in a great place.

“A few years ago, I might have been in a rush. But you learn through experience that you have to cherish what you have.

“It’s the beginning of the journey, we have only been here a short time.

“But there’s a lot more to achieve, development of the club and that is exciting.”

Rodgers added: “People in football respect and understand that, of course, the Scottish League, like a lot of European leagues, is not as competitive as the Premier League in England.

“But that’s because it is the richest league in the world.

“What the perception is around, I am not really bothered.

“For me, Celtic is the greatest club in the world. I have the privilege to manage it and while I manage it I want to make it the best I possibly can.

“I just love being here, love helping the players develop and making the team better.”
And now that Brendan is signed up for the long-term by Peter Lawwell, surely the two men will turn their attentions to resolving the Stuart Armstrong contract and getting the 25 year old on a new four year deal of his own?