CHRISTOPHER JULLIEN hopes Odsonne Edouard remains at Celtic as the champions bid for the historic 10 in a row.

The towering centre-back is a firm fan of his fellow-Frenchman who started the season with a superb hat-trick against Hamilton Accies in the 5-1 triumph on Flag Day at Parkhead on Sunday.

Edouard is in the middle of intense transfer speculation with his goalscoring deeds at the champions since his £9million arrival from Paris Saint-Germain in June 2018.

Julien, who cost £7million when Neil Lennon signed him from Toulouse last summer, has told his compatriot he wants him “to be by my side” in the new campaign as the Hoops aim to shatter the record books.

The defender, speaking to Sky Sports News, said: “You always want to play with the best and Odsonne has shown to all of Scotland and the world he’s a really good striker.

“That’s normal. For me, I want him to be by my side, under my shoulder.

“But when you have good players, they will always get attention.”

Edouard, the club’s top scorer last term with 28 goals, has already been linked with ex-gaffer Brendan Rodgers at Leicester City while Spurs and Everton have also been reported to be taking an interest. 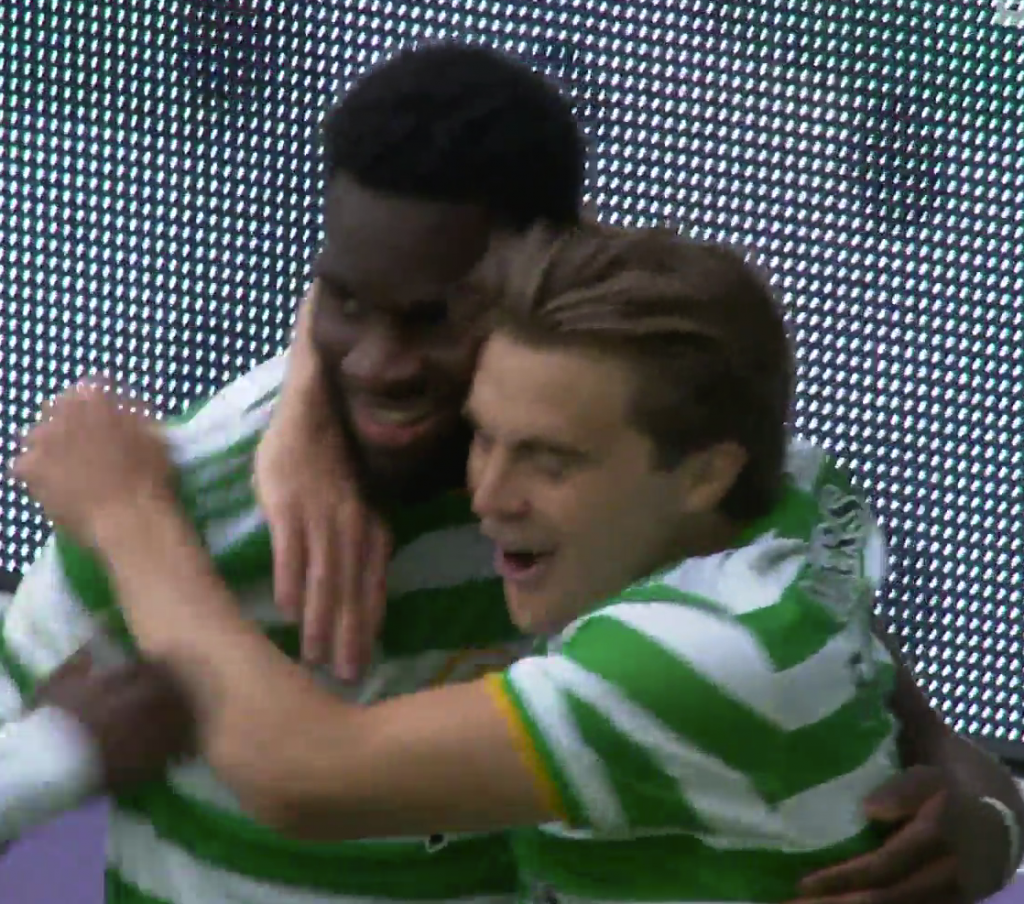 However, Jullien is adamant the title kings will be even stronger in the new campaign – and he expects a challenge from Steven Gerrard’s Ibrox outfit in the season ahead.

The back-four powerhouse said: “Rangers are definitely going to be stronger. They are our opponent. They are going to take some more players in to add something and make them champions.

“That’s normal, that’s what we expect. But that’s also why we’ve worked hard since we came back.

“We know our group is really good and really strong – but we also know that our opponents will be stronger. Us, too.

“Rangers have bought some players and that’s good for them. But I’m really proud of what we are and what we’ve done since the beginning of pre-season.”

Jullien and Edoaurd will be back in action on Suday afetrnoon against Kilmarnock at Rugby Park.

The French double-act were on target in the 3-1 victory in Ayrshire in January against Alex Dyer’s side. An action replay would suit the Hoops as they aim to continue their phenomenal title sequence.