Steven Gerrard’s club have appealed the six-game ban dished out to the youngster and four of his team-mates – two from the academy – who breached lockdown guidelines who attended a house party in February.

Ludicrously, Gerrard has said the Hampden disciplinary bosses should go easy because Patterson is a future Scotland star and added a suspension could damage the 19-year-old’s career. 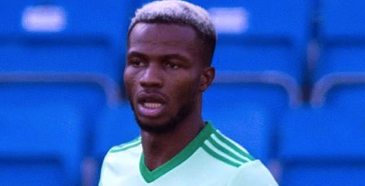 PAIN IN SPAIN…Boli Bolingoli was axed by Celtic after breaching Covid rules.

Kennedy has demanded the SFA explain why they have been so slow to react on the appeal, when they acted so swiftly to hit erring Hoops defender defender Boli Bolingoli with a five-game ban, after he went AWOL to Spain in August.

The interim boss said: “Steven Gerrard’s got his reasons to do that and say what he said.

“But regardless if you are a talent or you’re not, you’ve still broken the protocols and there’s a punishment that goes with that.

“Our players are talented, too. They have been punished. It’s the same difference.

“Look at the Boli Bolingoli situation. Yes, he broke the law and he was harshly punished for it — rightly so.

“We’re not defending that. But it was a massive setback in terms of his career at Celtic. That’s the punishment for stepping out of line. You can’t do it.

“It was made very clear to our players these are the situations that you can’t get involved in.

“One, because you’ll be punished for it, but it also brings extra pressure and scrutiny on the club.

“Bolingoli was punished and we accepted that was the right thing.” 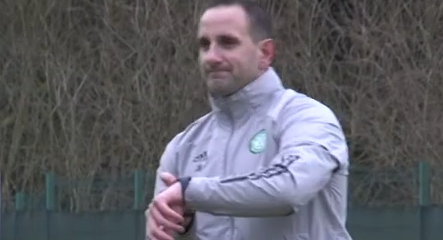 Kennedy, speaking to the Daily Record, continued: “These players have been caught breaking the law. The SFA have to address that quickly. It’s consistency that again a lot of people in Scotland will ask for whether it’s with officiating, the SFA disciplinary process or other things.

“Regardless of the player, and how talented or valuable he is, there has to be a punishment when you step out of line in these situations.

“We’ve been dealt with harshly in the past and had to accept it and we have to wait and see what comes Rangers’ way.

“I’m not just saying this because it’s Rangers. Aberdeen were dealt with in the same manner as ourselves when their players were involved in their situation.

“There’s a process in place as to how they deal with these things, but for whatever reason, it seems to have broken down at this point, and only the SFA can answer that.”

Patterson was free to play against Celtic in the 1-1 draw at Parkhead last month while the SFA took their time in considering what action to take.

Quite rightly, Kennedy – and the rest of Scottish football – wants to know why the beaks dragged their heels on this matter, which, of course, was the Ibrox club’s SECOND breach of Covid protocols this season.

He added: “We were addressed very quickly in the situation we were in. We had games postponed and the players were dealt with fairly quickly.

“I really don’t know what the delay and the hold-up is.

“Players who probably should have been banned played against us. They have broken rules.

“The SFA need to address this themselves and give a bit more clarity to everyone in terms of the hold-up and why it’s taken so long.

“It’s something I think should have been dealt with a lot quicker to remain consistent with all the other decisions that have happened.”

COVIDIOTS: THE DIFFERENCE BETWEEN BOLINGOLI AND THE IBROX FIVE