Celtic Quick News on News Now
You are at:Home»Latest News»LENNY SPELLS OUT WHAT HE EXPECTS FROM HIS PLAYERS
By CQN Magazine on 22nd April 2019 Latest News

NEIL LENNON didn’t hold back as he talked about his “pedestrian” players and “poor decision-making” in Celtic’s goalless draw against Hibs at Easter Road yesterday.

The Irishman has also let the team they must do better in the final run-in to what could be a historic season with the unprecedented treble treble beckoning.

The stalemate in Edinburgh means the eighth successive title cannot be guaranteed even if Kilmarnock are beaten at Parkhead on Saturday.

With four league games remaining – as well as Killie, the champions have away games at Pittodrie and Ibrox before the final encounter at home to Hearts – the Hoops are nine points clear at the top with the flag within touching distance.

ON THE BAWL…Neil Lennon urges on his players.

But Lennon believed the team deserved more from their encounter with his former side in the sunshine of Leith yesterday where some superlative saves from Ofir Marciano ensured a third scoreless match in seven Premiership outings, including the frustrating 0-0 home draws with Aberdeen and Livingston.

The interim manager, speaking to Celtic TV, said: “I thought we were worthy of more than a point, but, to be fair, their goalkeeper made some world-class saves.

“By all accounts, he got Man of the Match, which I think says a lot about what we were doing well in the second-half. I didn’t think we played well at all in the first-half, but the second-half was better.

“At half-time, I wanted more from the players. We didn’t start the game well, we were pedestrian, but after 20 minutes, I thought we looked much more like ourselves. We were a bit slack in the final third and it was only the last 10/15 minutes that I thought we looked like scoring.

“At that point, the game had opened up and Hibs had started to tire. We created good gaps at times, but I felt that our decision-making was poor.” 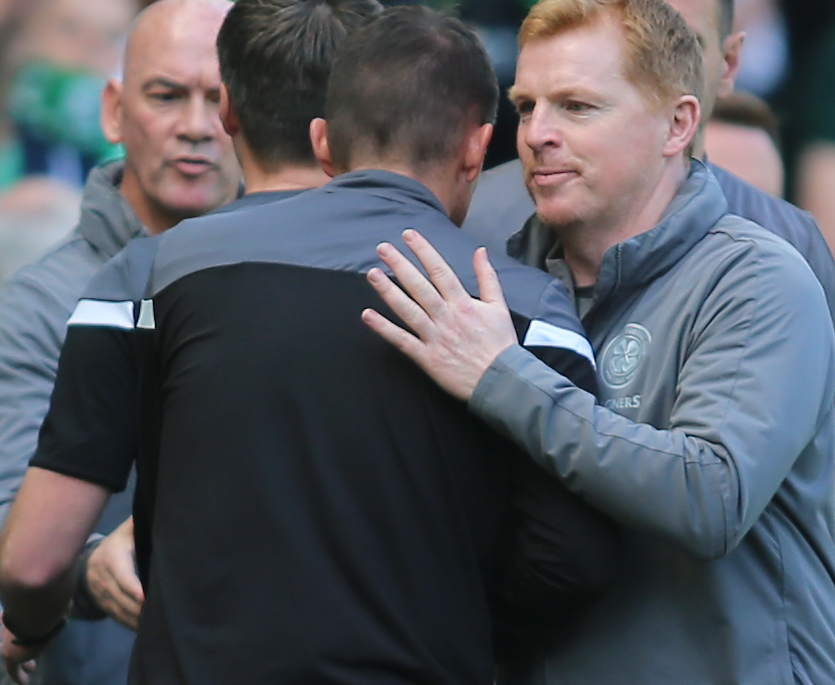 One occasion that would have irked the Irishman came when Tom Rogic, on as a 62nd-minute substitute for the ineffective Olivier Ntcham, opted to try a shot from the edge of the box with James Forrest unmarked on his right and Scott Sinclair in a reasonable position to his left.

The Aussie playmaker, so often a matchwinner with his individual sorties, took the wrong option on this occasion, though, and dragged a weak shot wide of the keeper’s left-hand post.

Lennon added: “We lacked physicality at times. We lacked energy, and we lacked quality. The second-half was a lot better than the first. We’re not getting panicky, we’re dictating our own destiny here and we have to dictate it a bit better than we have done the past two league games.

“We’ve got to approach and start games with a better tempo.

“If we’re going for the title, you’ve got to win the games and at times we’re up and down at the minute. I’ve told the players what I expect from here on in.”