CELTIC gained a point in a hard-fought goalless draw against a fired-up Hibs team who played like it was their Cup Final at Easter Road yesterday.

Paul Heckingbottom’s players looked determined to get one over on their old boss Neil Lennon as they went about the 90 minutes with a ferocious verve and gusto that could be mirrored in the yellow card count: HIBS 5 CELTIC 0.

However, once the smoke of battle had cleared, the champions were still searching for the points that will make their eighth successive crown an absolute certainty.

It was a pulsating, dramatic confrontation in the sunshine of Leith as the home side’s keeper Ofir Marciano won the sponsor’s Man of the Match award with an excellent display against the Parkhead outfit that was capped by two flying saves in stoppage time from Odsonne Edouard and Jozo Simunovic.

No-one ever said winning eight championships on the bounce was ever going to be easy. Now the focus is on Kilmanrock in the east end of Glasgow on Saturday where the Hoops can move 12 points clear at the top with only three games left to play.

CQN‘s team of ace lensmen were at Easter Road to capture the action. Here is the pick of the pics. 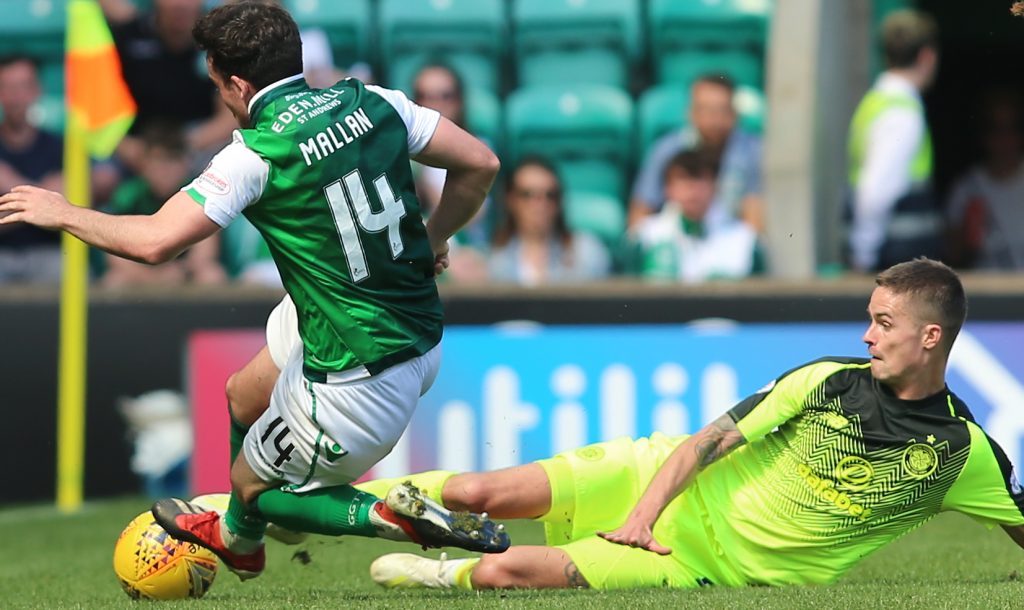 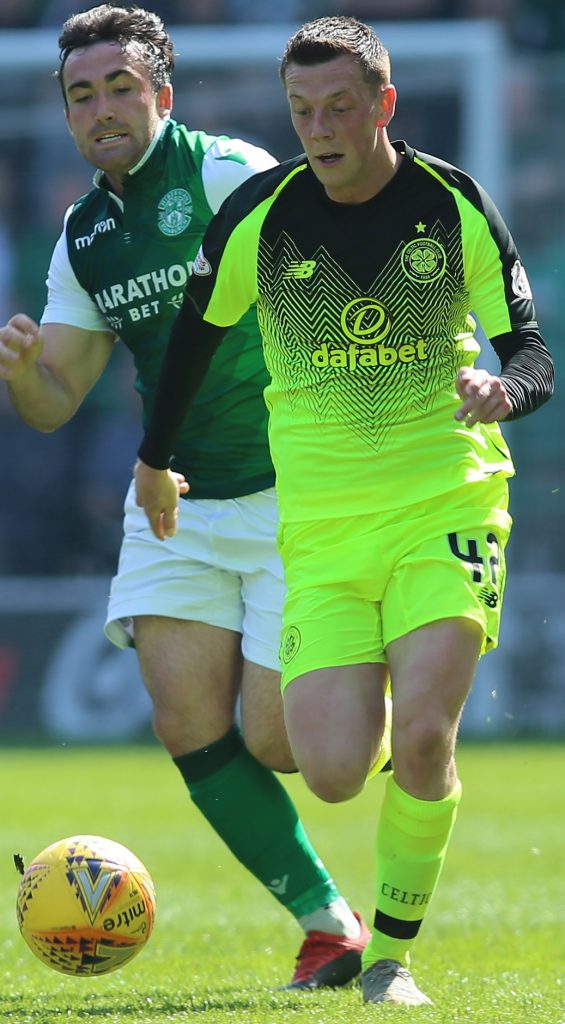 THE RACE IS ON…Callum McGregor is chased by Stevie Mallan. 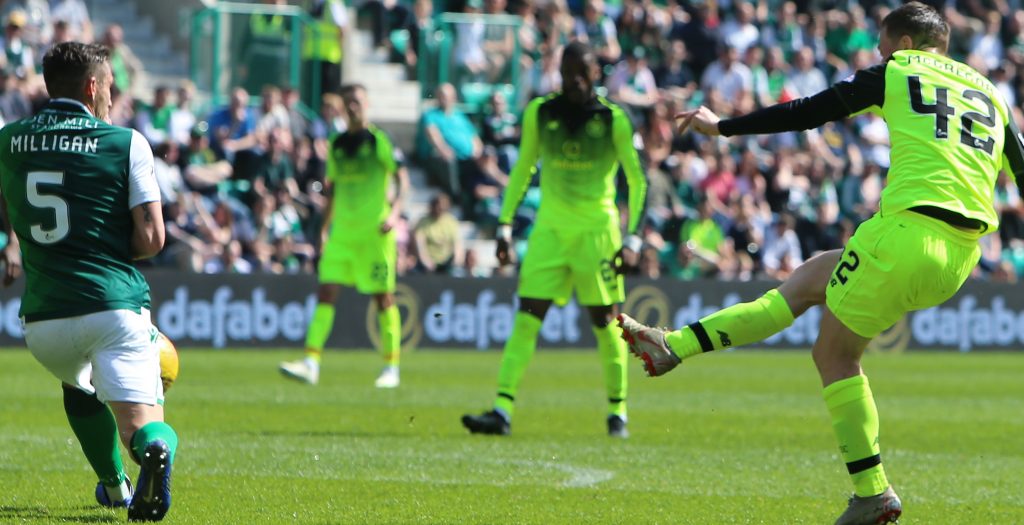 BY THE RIGHT…Callum McGregor unleashes a shot at the Hibs goal. 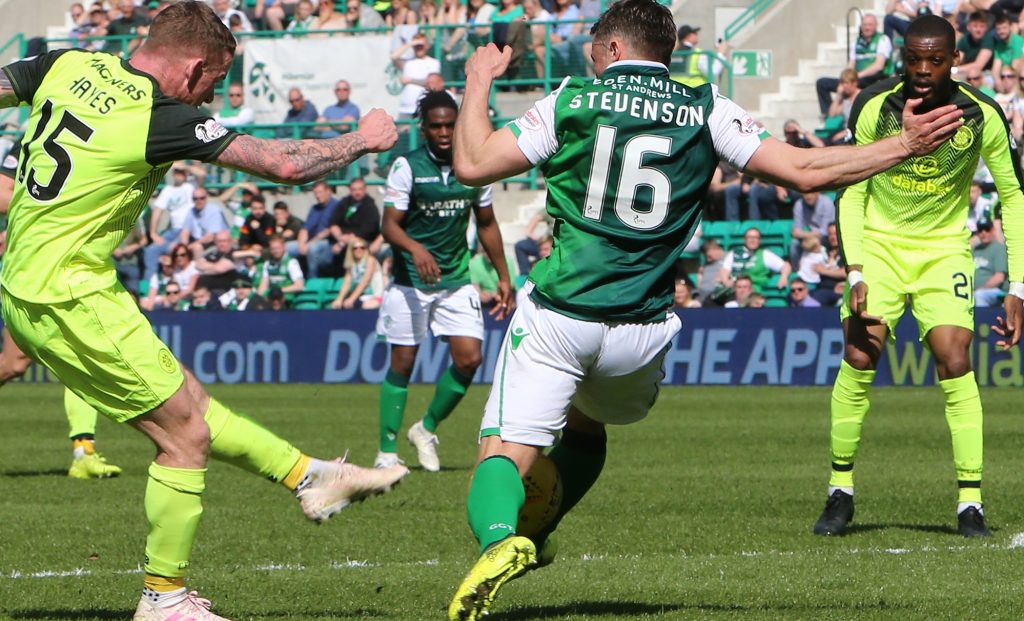 BY THE LEFT…Jonny Hayes blasts a shot past the challenging Lewis Stevenson. 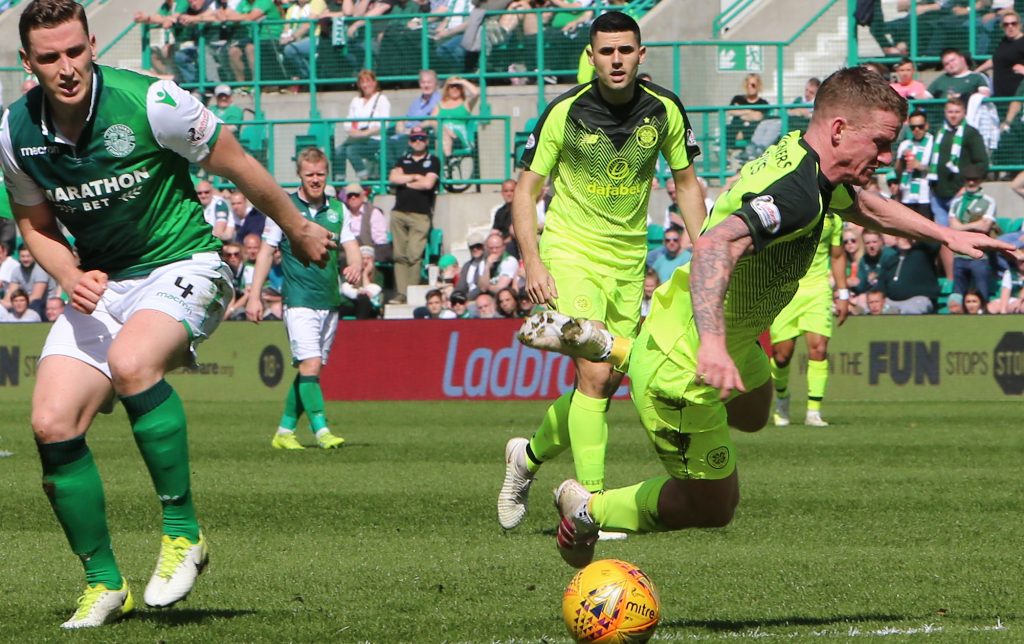 GOING DOWN…Jonny Hayes is sent crashing to the turf after a trip from Paul Hanlon. 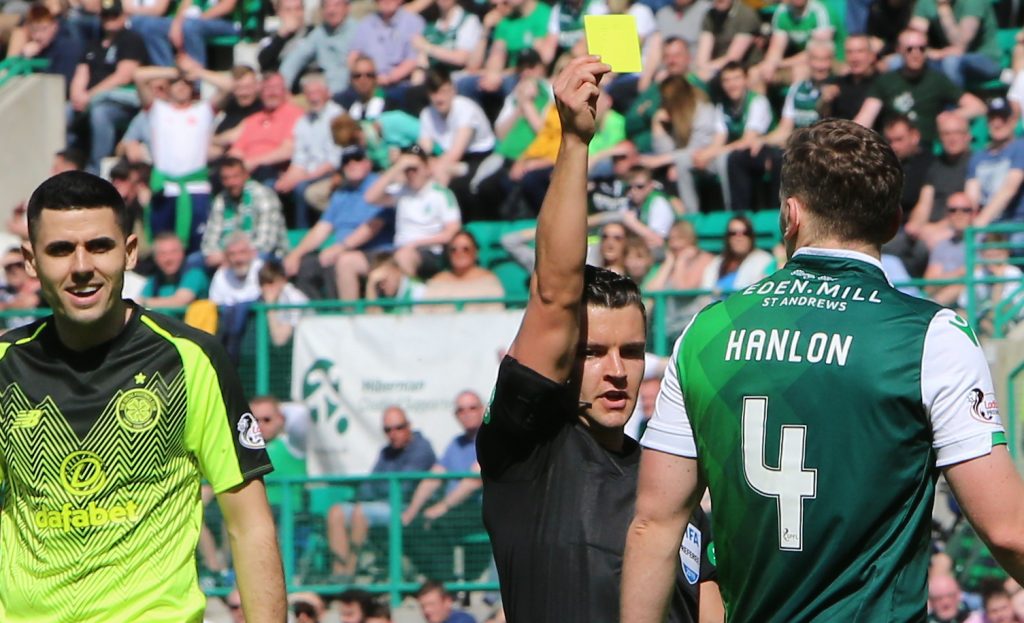 GOING INTO THE BOOK…ref Nick Walsh books Paul Hanlon for his foul while Tom Rogic obviously agrees with the match official.

GOING WIDE…Tom Rogic flashes a left-foot effort past the post. 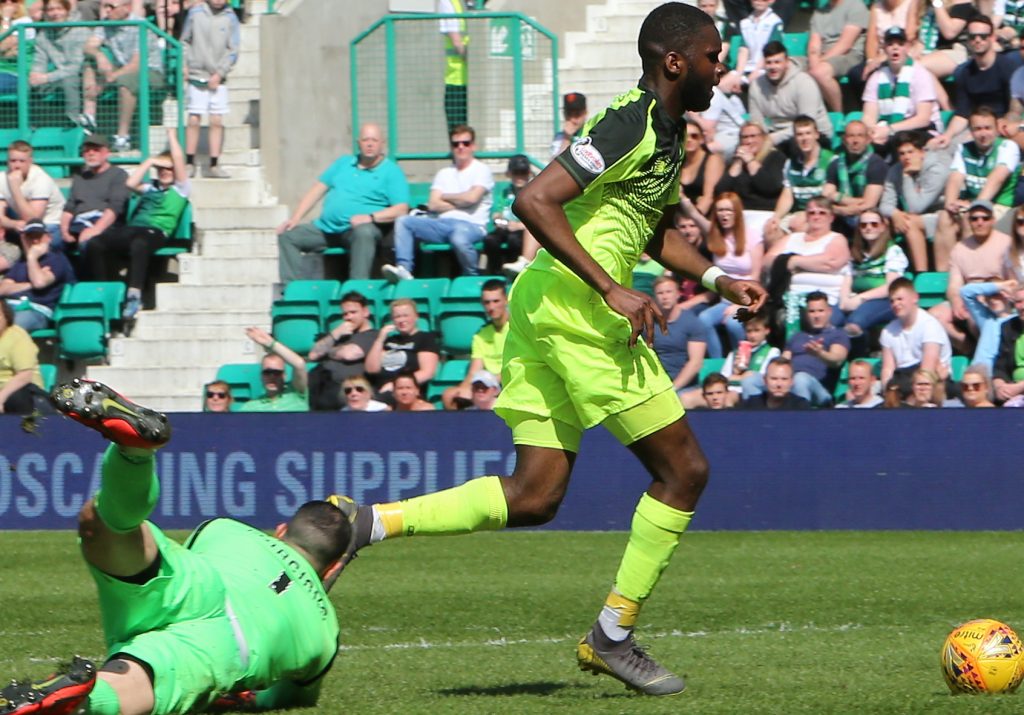 OFFSIDE…Odsonne Edouard leaves keeper Ofir Marciano on the ground, but his “goal” was ruled out. 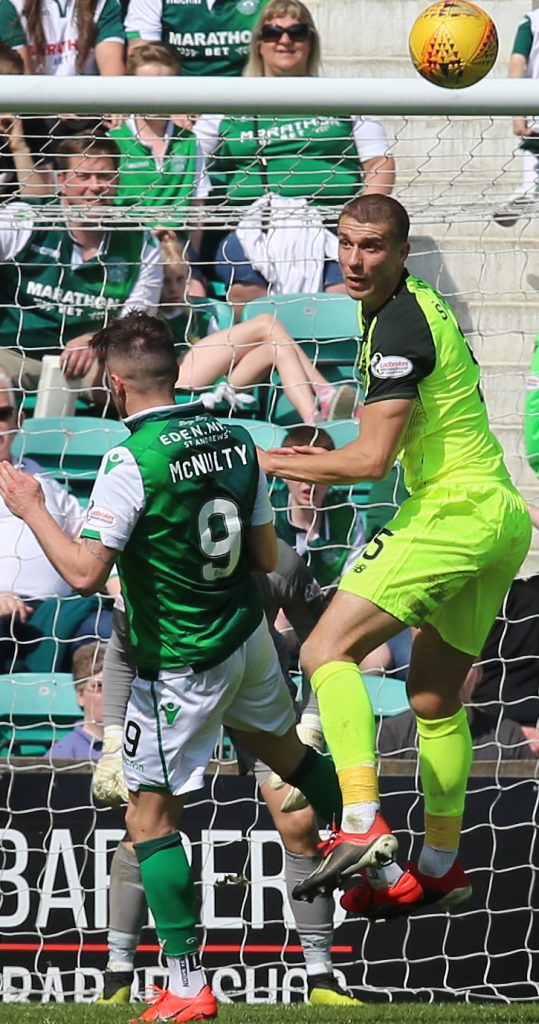 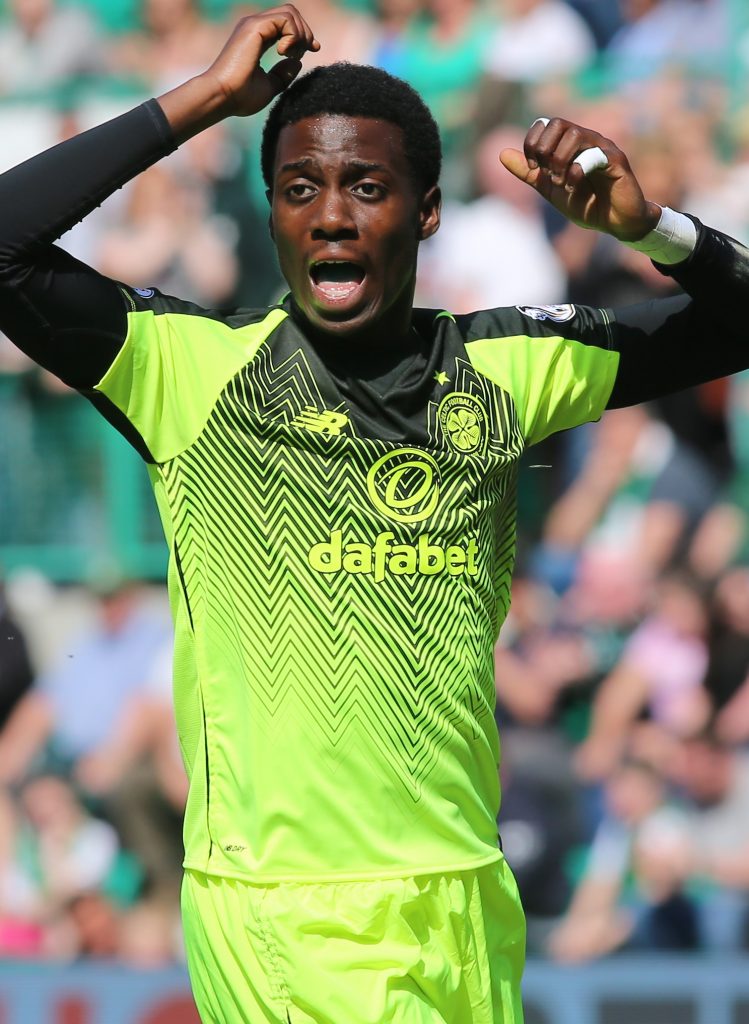 OH, NO…Timothy Weah shows his disbelief as another chance is missed. 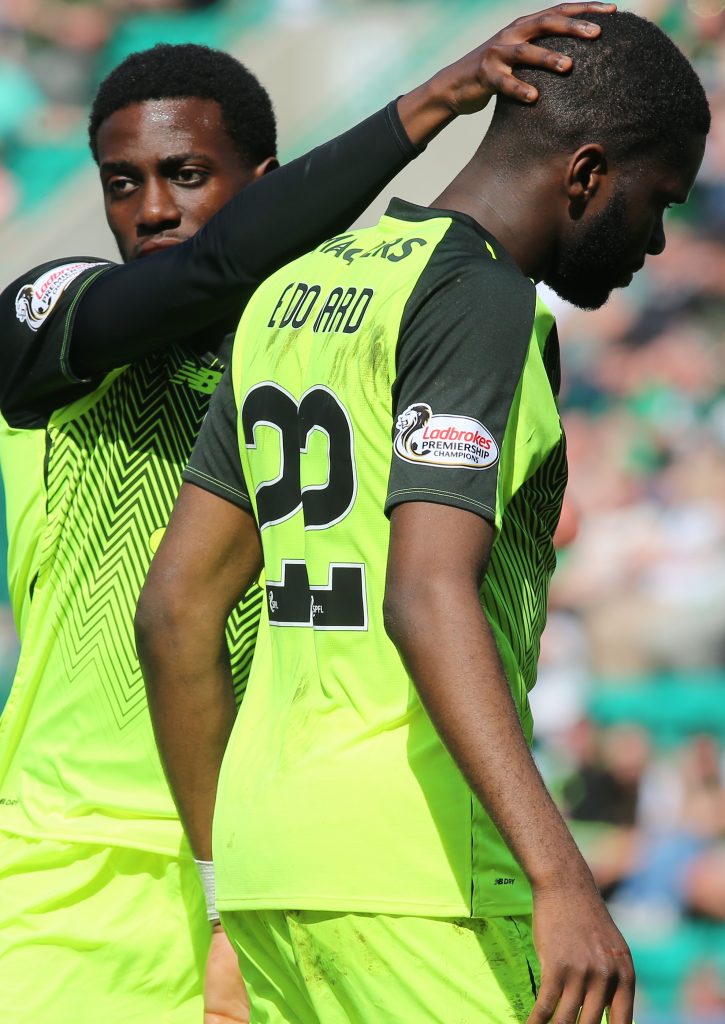 BETTER LUCK NEXT TIME, MATE…Timothy Weah has a consolation pat on the head for Odsonne Edouard. 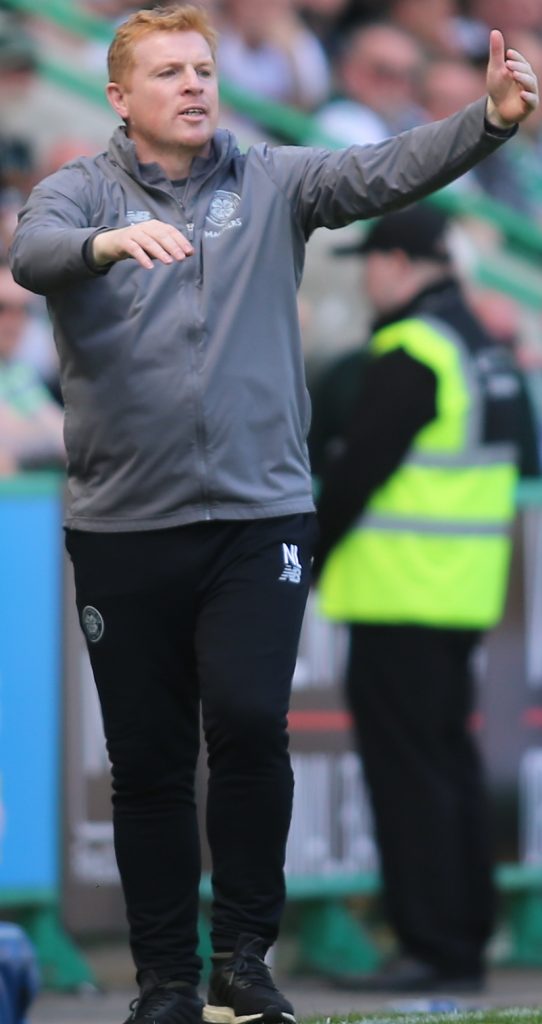 MR MOTIVATOR…Neil Lennon urges on his players from the touchline. 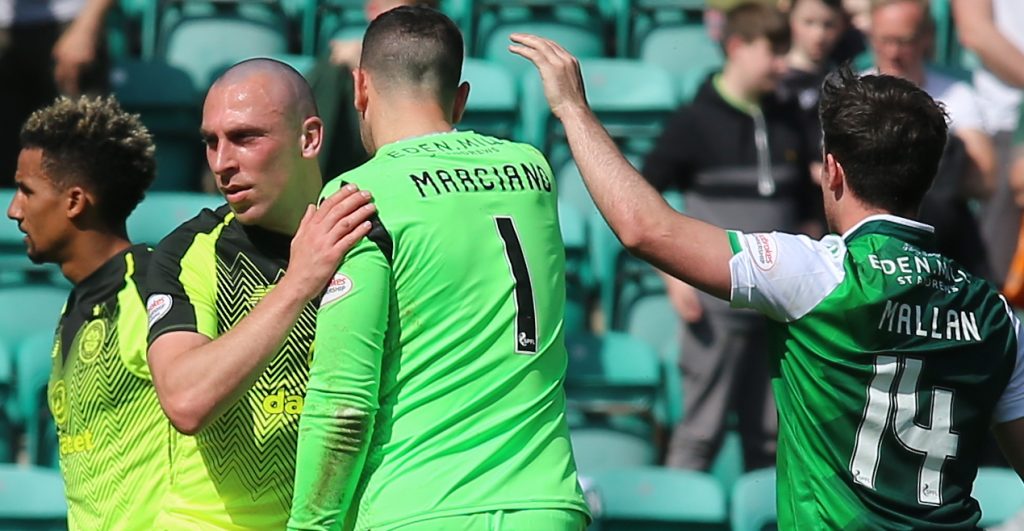 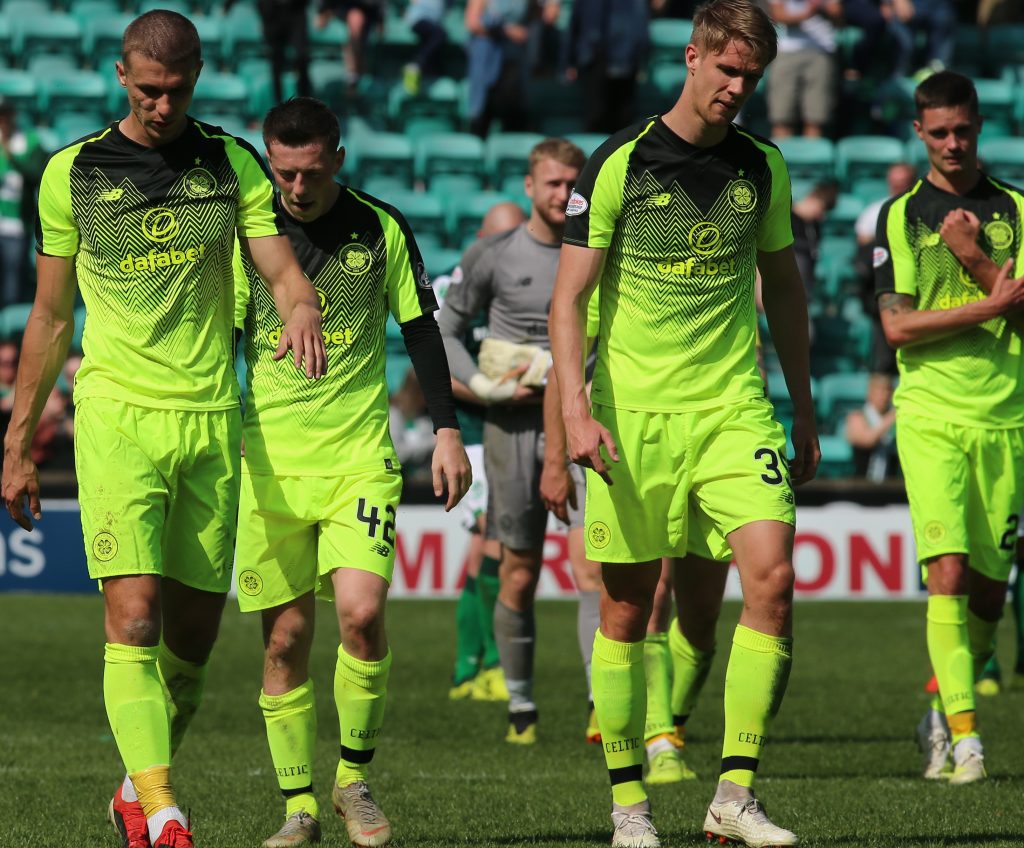 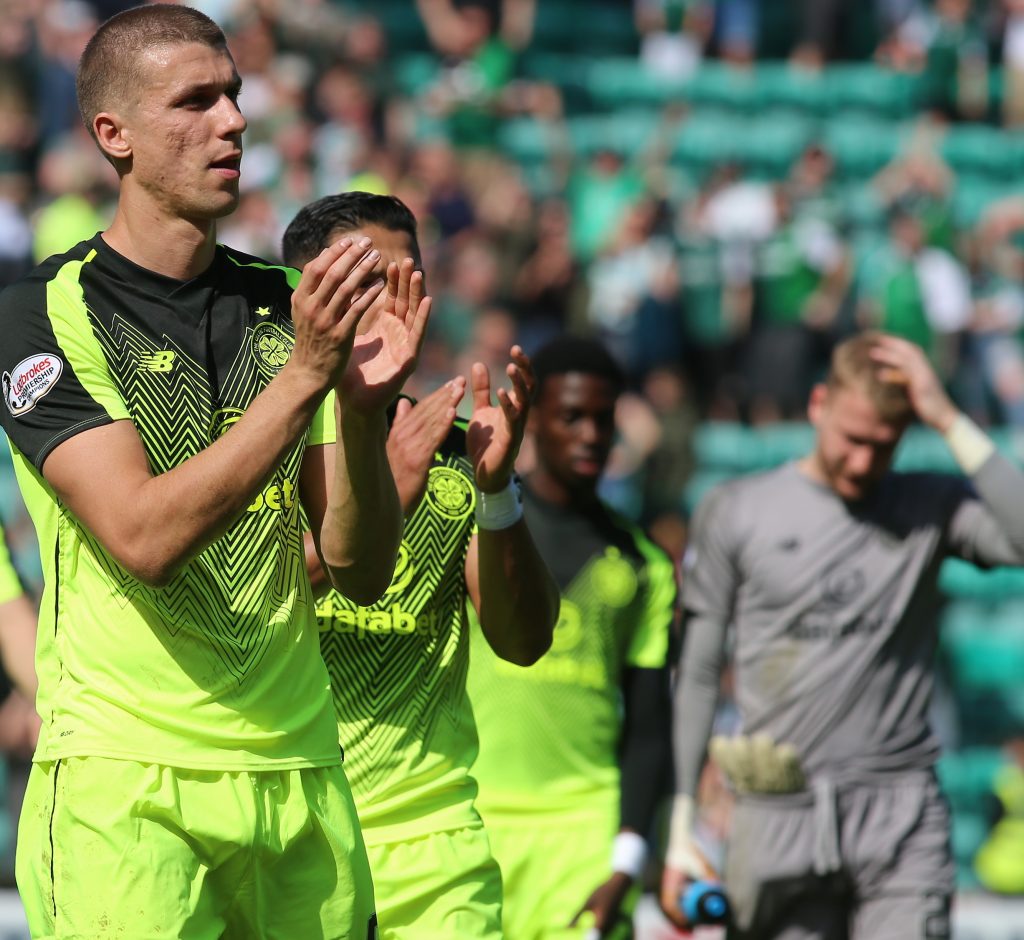 THANK YOU, FANS…Jozo Simunovic leads the applause to the visiting support.

THE WORDS SAY IT ALL…Mikael Lustig and prophetic signboard.