Celtic Quick News on News Now
You are at:Home»Latest News»‘McGINN ON RODGERS’ WANTED LIST’
By CQN Magazine on 29th May 2018 Latest News

HIBS midfielder John McGinn is reported to be on Brendan Rodgers’ wanted list.

And Celtic could tempt former Celtic boss Neil Lennon into parting with the Scotland international by offering Scott Allan as part of a deal that could be around the £3million mark.

The playmaker is due to return to the champions for pre-season training at Lennoxtown next month after an impressive loan spell at the Easter Road outfit. He still has a year of his Hoops contract to run and has already hinted a return to the Edinburgh side would be welcome.

Rodgers has recalled Ryan Christie after his season-long deal at Aberdeen and has added St Mirren’s left-sided midfielder Lewis Morgan to his squad. 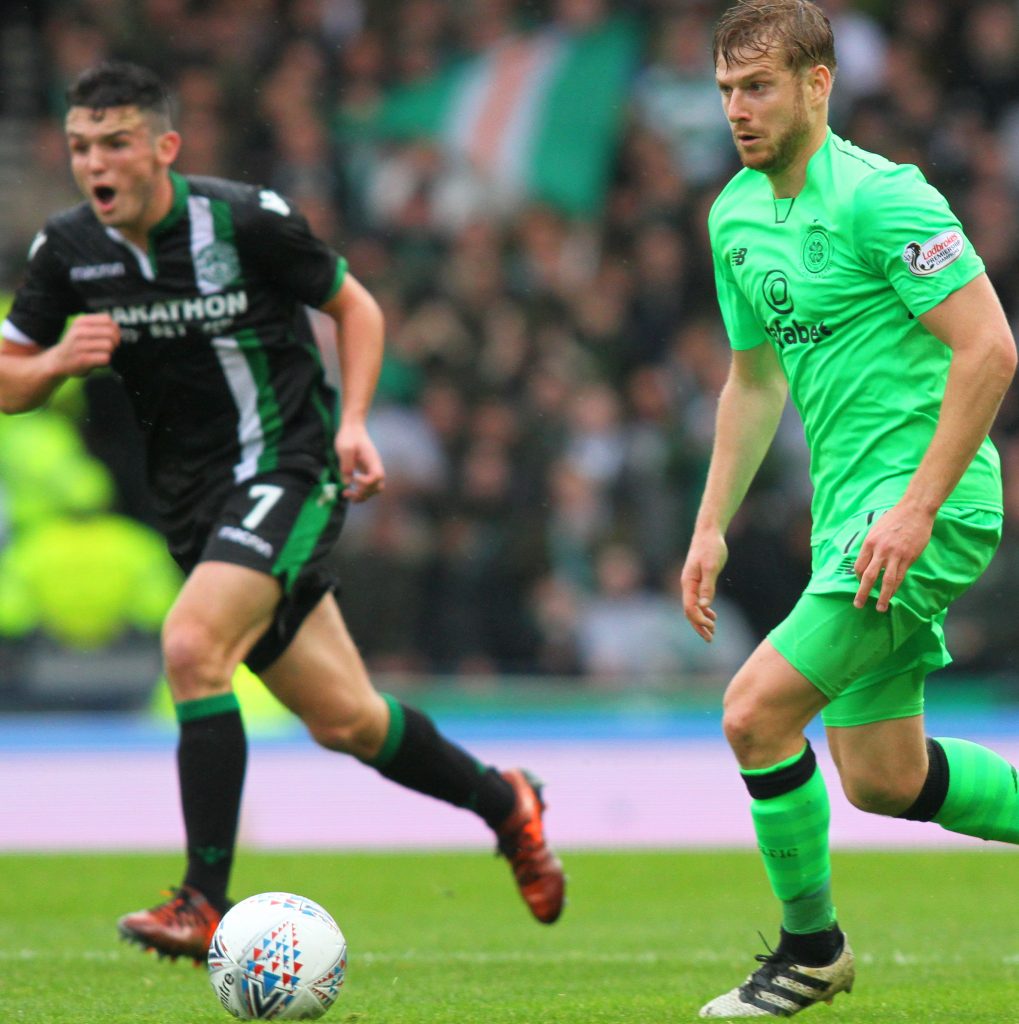 Allan could again become surplus to requirements and a permanent move is likely to benefit both parties.

McGinn has already been linked with Sunderland, but the 23-year-old is unlikely to be interested in joining former St Mirren boss Jack Ross in League One.

The tough-tackling competitor, who is likely to play in Alex McLeish’s line-up against Peru in Lima in the early hours of tomorrow morning, grew up a Hoops fan with his grandfather Jack is an ex-chairman of the club.

McGinn, still under contract until next summer, has already been named by many fans as the most suitable replacement for Scott Brown, who is 33 next month, when the skipper decides to call it a day.