MATCHWINNER Odsonne Edouard admitted his wonderful points-clincher at Ibrox is the greatest moment of his young career.

The on-loan Paris Saint-Germain striker wasn’t even on the pitch two minutes when he received a pass from countryman Moussa Dembele, raced in from the left and then curled an unstoppable effort wide of Wes Foderingham for the Hoops’ third goal on a dramatic afternoon in Govan.

Edouard’s moment of solo magic made certain there was no way back for the team’s “noisy neighbours”, well beaten despite the fact the visitors had to  play for more than half-an-hour with only 10 men following Jozo Simunovic’s red card.

The 20-year-old attacker said: “I’m delighted about the victory. What was especially important for me is that it was my first derby, so to score the winning goal was very special.

“It brings me a lot of happiness and I’m particularly happy for the team.

“I’m a striker, so any time I get a goal I’m really happy. It was a very important game and one of our biggest matches of the season, so I was thrilled to score.

“The manager told me I was going up front with Moussa. We have played together before, so we’ve a good understanding. The manager encouraged me and gave me the confidence to go in and make a difference.

“It was a quick attack and the moment Moussa got the ball. I knew he was going to give me a perfect pass.

“I received the ball, dribbled past one defender and then just put it into the net. Without doubt, it’s the greatest moment of my life as a footballer so far.

“I will always remember this big moment for the rest of my career.

“The Celtic fans were exceptional – as they always are – and to be able to give them such joy is just amazing. The feeling is really special.” 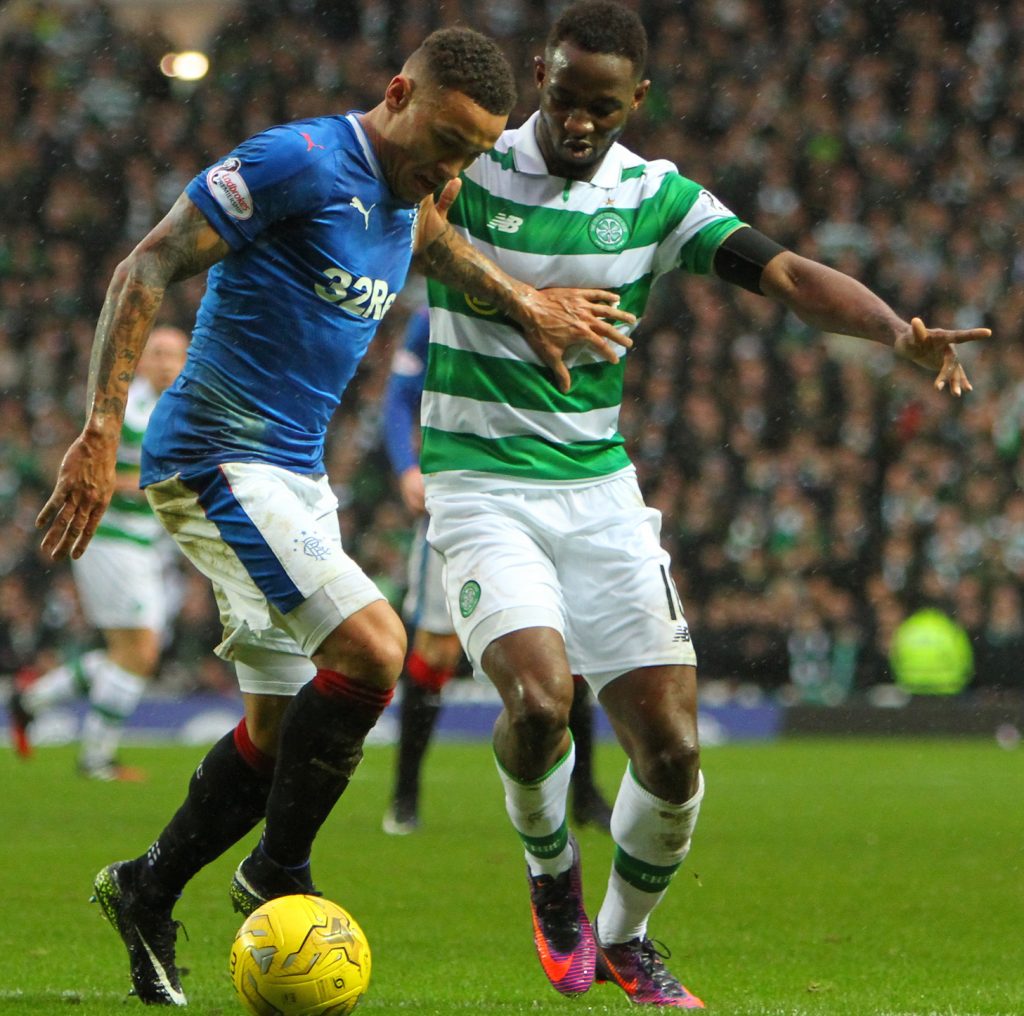 Edouard remarked: “After the victory, we all celebrated together in the changing room and then later on that night I had some dinner with my friends, but I didn’t do anything too special.

“I had some friends at the game, but all my family and friends were back in Paris and watching the match on TV.

“I spoke to my parents, as I do after every match, and they were delighted for me and very proud.”

The Frenchman also paid tribute to skipper Scott Brown, who, despite stiff opposition, won the CQN Man of the Match accolade.

Edouard added: “He’s the leader of the team and he encourages us in every training session and in every single match.

“He will continue to lead the team for a long time.”