The versatile 24-year-old midfielder made his debutin the 2-0 Premiership win over Hibs at Parkhead last night and his sparkling display brought him the Man of the Match accolade.

It was put to the Hoops boss there were shades of Nakamura in the five-star showing, but the Greek Australian, speaking to BBC Sportsound, replied: “No, he’s Reo Hatate, mate.

“He’ll make his own mark and, you know, he’s a very talented young player, but he’s a very determined young man.” 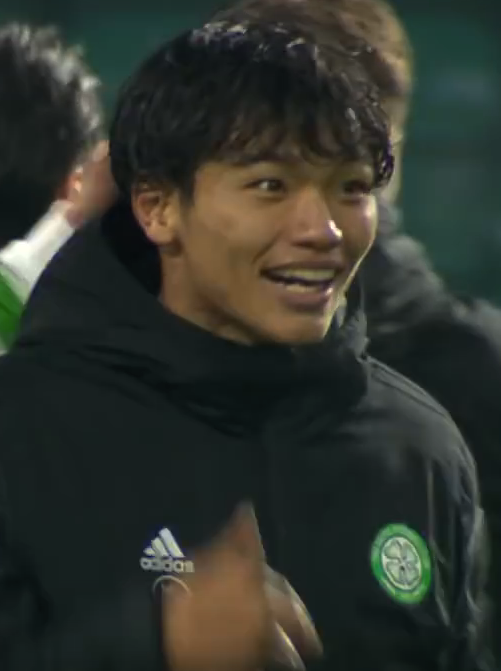 HAPPY BHOY…Reo Hatate is all smiles after the final whistle.

It was a spectacular introduction to the east end of Glasgow as Hatate’s fellow-countryman also had a dream start to his Hoops career with the opening strike inside four minutes.

Yosuke Ideguchi was also given the opportunity to show his class when he was introduced as a second-half substitute and, overall, it was a good evening for the J-League trio who arrived in Scotland on Hogmanay.

Kyogo Furuhashi, who limped off early in the 3-1 victory over St Johnstone in Perth on Boxing Day, missed the action with his persistent hamstring problem and there is no comeback date for the international frontman who has already claimed 16 goals this season after joining up in late July.

Looking at his Far East acquisitions, Postecoglou stressed: “We have to be careful about just saying ‘four Japanese players’. 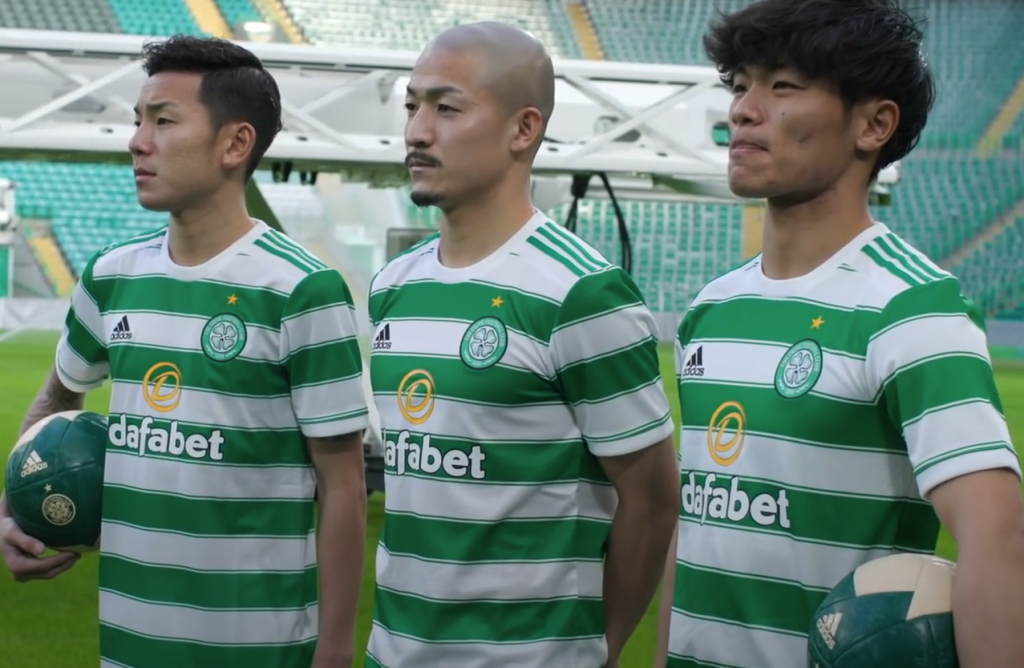 “They have different personalities and they’ve had different career paths so far. They each will offer something different to the club.

“But don’t assume we’ve just brought in ‘four Japanese players’. We’ve brought in four top quality players who can all contribute to our club.”

Postecoglou can now turn his attention to his first-ever Scottish Cup-tie when the side take on Alloa on Saturday evening.

The League One side’s plastic playing surface will rule out any chance of Christopher Jullien’s first appearance since December 30 2020 when he collided with a post in the 3-0 win over Dundee United.

The towering French central defender took part in a closed door game against St Mirren last week, but a comeback at the weekend is highly unlikely.