Celtic Quick News on News Now
You are at:Home»Latest News»NEW BHOY RALSTON IS BUZZING
By CQN Magazine on 15th May 2016 Latest News

ANTHONY RALSTON admitted he was “buzzing” at making his Celtic debut – NINE years after joining the club.
The 17-year-old right-back came on for Mikael Lustig in the 74th minute against St Johnstone at McDiarmid Park in midweek to realise a dream.
Despite the Hoops losing 2-1, Ralston said: “I’ve been at Celtic since I was eight years old and I’ve always been a fan.
“I used to go to the games with my family every week. Now I am absolutely buzzing to make my debut and I’m very proud.
“Of course, I had butterflies, but, once I was on the pitch, I was okay.
“Making that first appearance is what I have worked for all my life. It’s a great feeling to reach your goal and now I need to push on and, hopefully, achieve more.”
Ralston sustained an injury earlier in the campaign and said: “It’s all about how you cope with setbacks, so I’m happy to have come back and been able to catch th 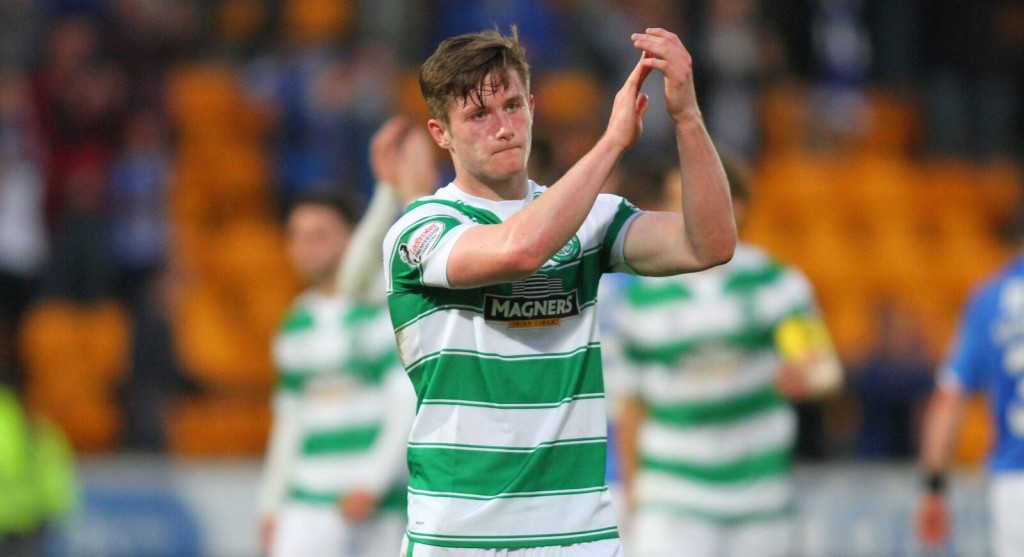 e manager’s eye.
“It’s been a bit of an up-and-down season, but it’s great to end it on a high.
“As far as my appearance went, it was a hard game against the Saints, especially coming on when the tempo is really high.
“My family travelled to Perth after I was told there was the possibility of me making my debut.
“They have always been right behind me and given great support. Playing for the Celtic first team is also something I wanted to do for them, too.
“They’ve always told me I could do it and if it wasn’t for them I wouldn’t be in the situation I am just now.”
Ralston made 14 appearances and scored one goal during his loan period with Queen’s Park last season before being recalled by the champions in the summer.
Hampden coach Gus Macpherson said: “It’s difficult to say how good Anthony can be because he’s only a teenager, that’s the frightening thing.
“But he’s a big strong boy who is also technically very good.
“He listens, he takes in instructions and he’s probably what you would consider a modern-day full-back.
“Celtic have got an abundance of talent within their academy structure and their development team and it was Chris McCart who suggested we looked at the player.”
Ralston is hoping to get the nod from departing manager Ronny Deila for an appearance at some stage tomorrow against Motherwell to make his first Parkhead appearance in the top team.
———————————–
CQN Newspaper Statement fund re Res 12 – please contribute HERE if you can and thanks to everyone who has already done so. Time to make some noise!