Celtic Quick News on News Now
You are at:Home»Football Matters»‘NO LET-UP AT CELTIC,’ VOWS BROWN
By CQN Magazine on 12th December 2016 Football Matters
CELTIC’S exit from European competition will not mean any less intensity of their domestic performances as they charge towards a glorious treble.
That’s the confident prediction of skipper Scott Brown as the champions prepare for tomorrow night’s Premiership outing against Hamilton Accies at Parkhead where Brendan Rodgers’ side can go 11 points clear at the top with two games in hand.
The Hoops are averaging three goals per domestic game and the 31-year-old onfield leader hopes they can take that form into the clash against Martin Canning’s side.
Brown said: “This is where we want to be. We never get tired of winning. The manager has told us that he wants us to be ruthless – ruthless and relentless and that is what we are aiming for.

“However long the run lasts doesn’t matter just now. All we care about is coming out of every game with three points. Everyone wants to play, everyone believes that we are building something special.

“No matter who we are playing against, it doesn’t matter; we want to set the tone for the game and we want to score goals.”

Celtic’s December stretches to a run of nine games, culminating in a trip to Ibrox before the curtain comes down for a three-week break.

By that stage, the Hoops will have played 44 games from the beginning of the summer and Brown has been a mainstay in the side throughout that run. 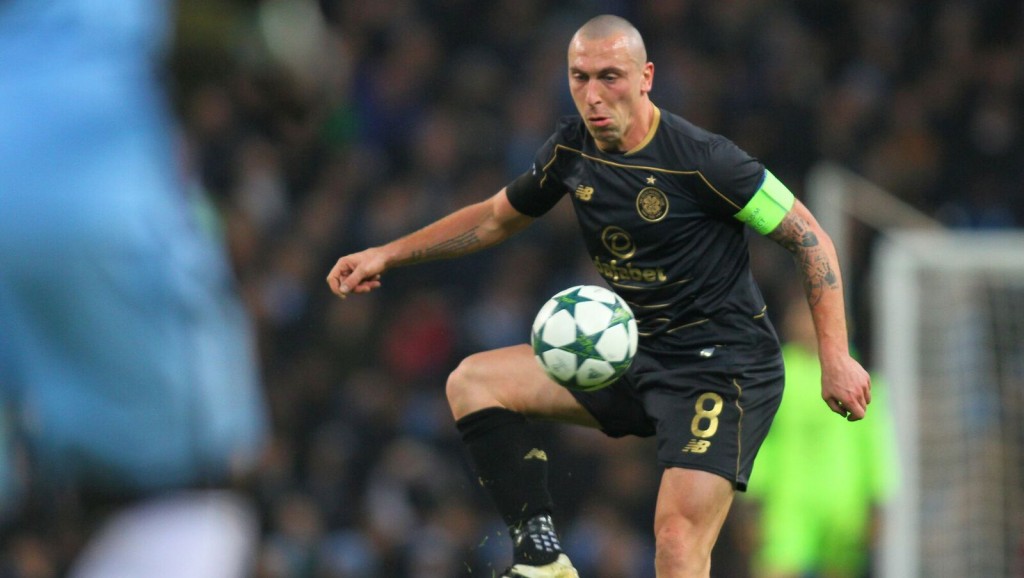 The dynamic captain added: “We played against Barcelona, the best team in the world, and created chances here at Celtic Park, so it is all about going and trying to play to our maximum for 90 minutes and press high up the park as we usually do.

“There is a little bit of frustration, but we should also take some pride, as well. We were also unbeaten over two games against Manchester City.

“I think we have all shown that there is still people out there taking notice of Scottish football. I do think that us getting into the Champions League also keeps us on the map.

“That is why it is so important for us as a club to be striving to get in there every season.

“You get in there year after year and it keeps the profile of the club high and it also entices really top players to come and play their football at Celtic.
“The fans have been exceptional throughout this season, but especially on those European nights.

“The game against Borussia Monchengladbach was one we weren’t happy with. We were favourites going into that one, but it didn’t happen and we found it hard. But this is all the things that we want to learn from.

“If we can do that, then I think we will expect even more of ourselves next season again.”

CHRISTMAS OFFER! Order a copy of Charlie Gallagher? What a Player! from CQNBookstore.com today HERE and you will receive a FREE copy of The Winds of Change which has been signed by Celtic legend DAVIE HAY. So you get both books for just £14.99 plus p&p.