Celtic Quick News on News Now
You are at:Home»Latest News»NOW BRING ON THE SEVCO
By CQN Magazine on 6th March 2016 Latest News

CELTIC 3 MORTON 0
CELTIC sauntered into their seventy-fourth Scottish Cup semi-final after a one-sided encounter with Championship outfit Morton at Parkhead.

It was all over by the interval with the Hoops leading by three goals and in complete command of a confrontation that many predicted could have been an accident waiting to happen.

The banana skin was body-swerved mainly thanks to a 14th minute strike from Leigh Griffiths, notching his 34th goal of a prolific campaign.

Gary Mackay-Steven and and Callum McGregor put paid to any thoughts of a sensational result after the champions’ unimpressive back-to-back Premiership deadlocks against Hamilton and Dundee. 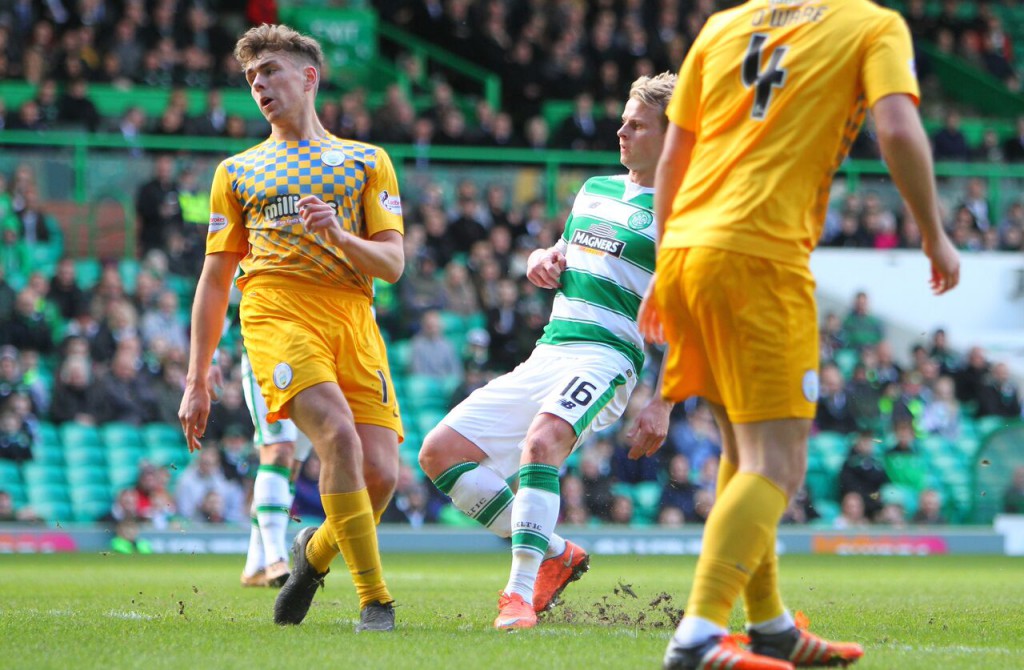 There was a sparse turn-out for the High Noon showdown which rarely threatened to turn into fireworks. The Hoops, in fact, should have gone ahead in the sixth minute when Mackay-Steven, running free on the left, fluffed his shot and goalkeeper Derek Gaston was relieved to flop on the tame effort.

Four minutes later, Erik Sviatchenko’s lack of pace was highlighted by Declan McManus and the Norwegian was forced to hold onto the Cappielow frontman as he turned inside. Referee Willie Collum, as ever, was quick to flash a yellow card.

But any anxiety inside the stadium was lifted in the 14th minute when Griffiths scored a typical poacher’s goal. Keiran Tierney, totally switched on throughout another praiseworthy performance, knocked a pass inside to Mackay-Steven who curled a cross into the penalty box.

Tom O’Ware made a complete mess of an attempted headed clearance and Griffiths, with expert anticipation, controlled the ball in an instant before drilling it into the net via the left hand of the exposed Gaston.

Ten minutes later, Mikael Lustig squandered a brilliant chance to double the advantage when he rose unchallenged to a right-wing corner-kick from McGregor. However, the Swede’s elevation was faulty and his header flew harmlessly wide.

The second goal was only delayed a matter of 60 seconds, though. Stefan Johansen threaded a neat pass through to Griffiths who saw his shot knocked away by the grounded keeper. It was worked over to the left wing where the astute Tierney cleverly picked out Mackay-Steven who thumped it home first-time from six yards. 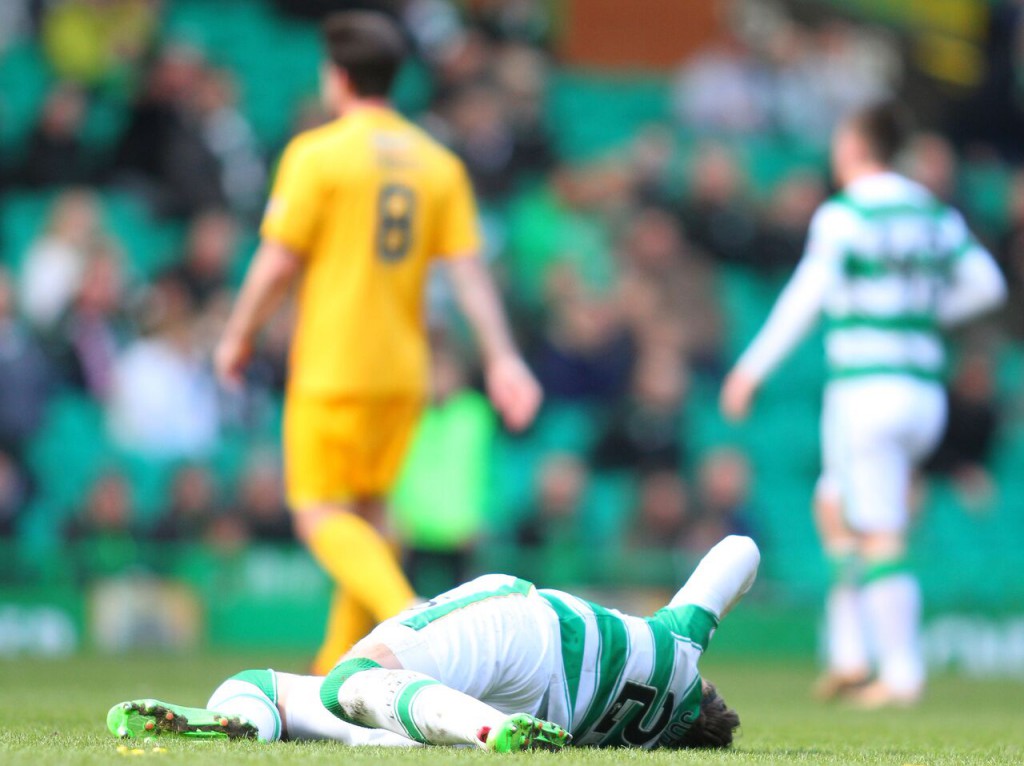 Kris Commons should have made it three when Tierney sent in another inch-perfect left-wing cross, but the midfielder’s header was woefully off target.

It was all over in the 35th minute when McGregor cut in from the right, the Morton defenders backed off and invited him to have a shot and he took them up on their offer. He spotted acres of space between Gaston and his right-hand post and delicately arced a 20-yard effort into the inviting corner. Game over.

Morton were on the ropes and Mackay-Steven might have done better when Tierney presented him with an opportuinity, but he slashed wide of the post.

Johansen’s comeback was cut short on the stroke of half-time after a brutal challenge from Michael Miller. The Greenock defender had just been booked and was lucky the match official didn’t deem the foul worthy of another yellow.

Colin Kazim-Richards took over at the start of the second-half as he partnered Griffiths up front. He was given at least three opportinities to get on the scoresheet, but passed them all up.

Most notably was the quick one-two between the tricky Patrick Roberts, on for Griffiths on the hour mark, and Commons, but the striker hammered the ball into the sidenet when it looked as though he must score.

Roberts also hit the upright only three minutes after his introduction with a clever left-foot effort from just outside the box and Mackay-Steven also struck the woodwork in the 70th minute when he blasted a shot against the underside of the bar after good work from the Manchester City loanee on the right.

Craig Gordon was rarely required to show his goalkeeping expertise, but he deserves a mention for an excellent sprawling save from Stefan McCluskey in the first-half when the ball took a wicked bounce off the turf and also for a brave block from McManus in the second-half.

Celtic have now beaten Morton ten times in succession in Scottish Cup-ties. This one was never in doubt.