ANGE POSTECOGLOU is not being fooled by Ferencvaros’ home 2-1 loss to Zalaegerszeg in their domestic league at the weekend.

The Celtic manager is preparing his players for the Europa League Group G confrontation with the Hungarians at Parkhead tomorrow afternoon where a win is a must for the Hoops after losing the opening games to Real Betis, 4-3 in Seville, and Bayer Leverkusen 4-0 in Glasgow.

Postecoglou said: “I’m well aware of Ferencvaros and the kind of team they are.

“Obviously, we’ve watched them closely over recent weeks in the Europa League and in their own competition.

“We know they will be a good challenge for us. They are a good team, they had a disappointing result in the league, but the manager rested a few players, so we expect a good challenge tomorrow.”

Since the flop against the Bundesliga giants, Postecoglou has watched his side win back-to-back domestic confrontations on the road – a 2-1 victory over Aberdeen at Pittodrie and a 2-0 success against Motherwell at Fir Park – an achievement that had escaped the team away from home for almost eight months.

“We’ve had more time together as a group. The international break was good for us, not just for the fact that we got our players back healthy, but the ones who stayed here, we could actually do some work with.

“We just have a more settled squad and I think the one thing about the European games, both games we’ve had so far, we’ve shown that in moments when we take the game to the opposition, we can make an impact. 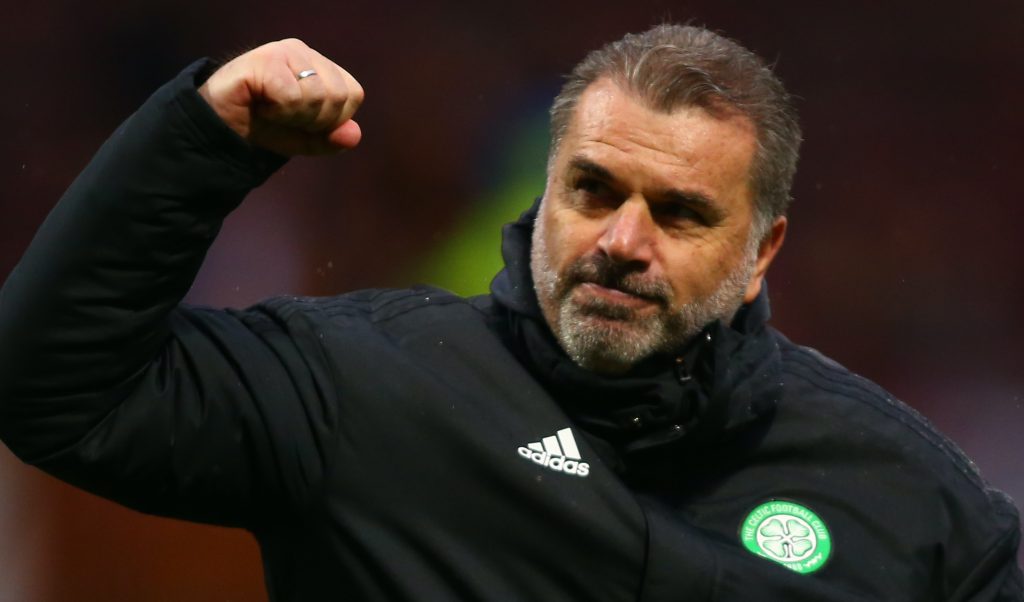 FOLLOW THE LEADER…Ange Postecoglou is steering the team in the right direction.

“We’ve certainly also paid for our mistakes and that’s the level of European competition. Our football in general in both games has been good, even though in the Leverkusen game we lost quite convincingly, but anyone who watched that game will know that we had our fair share of chances to make an impact.

“But at the same time, the flipside of that was that, both against Betis and Leverkusen, we got punished for our mistakes and that’s part of our learning process in playing at this level.”

Postecoglou added: “It’s part of the evolution of the team and from our perspective there were enough positive signs in those performances to continue what we’re doing.

“It’s easy to set up the team to stop the opposition, but if you really want to make an impact in Europe you’ve got to be able to hurt the opposition yourself and I think we showed that in both games.

“Part of that process, as well, is learning that you’re going to get punished for your mistakes by quality opposition. That’s part of the learning process and it doesn’t derail what you’re trying to do.”