Celtic Quick News on News Now
You are at:Home»Latest News»‘REF THANKED ME FOR NOT DIVING,’ ADMITS SCOTTY
By CQN Magazine on 11th December 2017 Latest News

SCOTTY SINCLAIR admitted referee John Beaton praised him for not going down in an attempt to earn a penalty-kick in the 2-2 draw with Hibs at Easter Road yesterday.

The winger was involved in a spot-kick outcry when he was hauled back by Motherwell defender Cedric Kipre in last month’s 2-0 Betfred League Cup Final triumph.

However, the Hoops attacker was adamant the Hampden incident was not on his mind when it appeared Hibs defender Steven Whittaker pulled his jersey as he was racing into the box with the game still goalless. 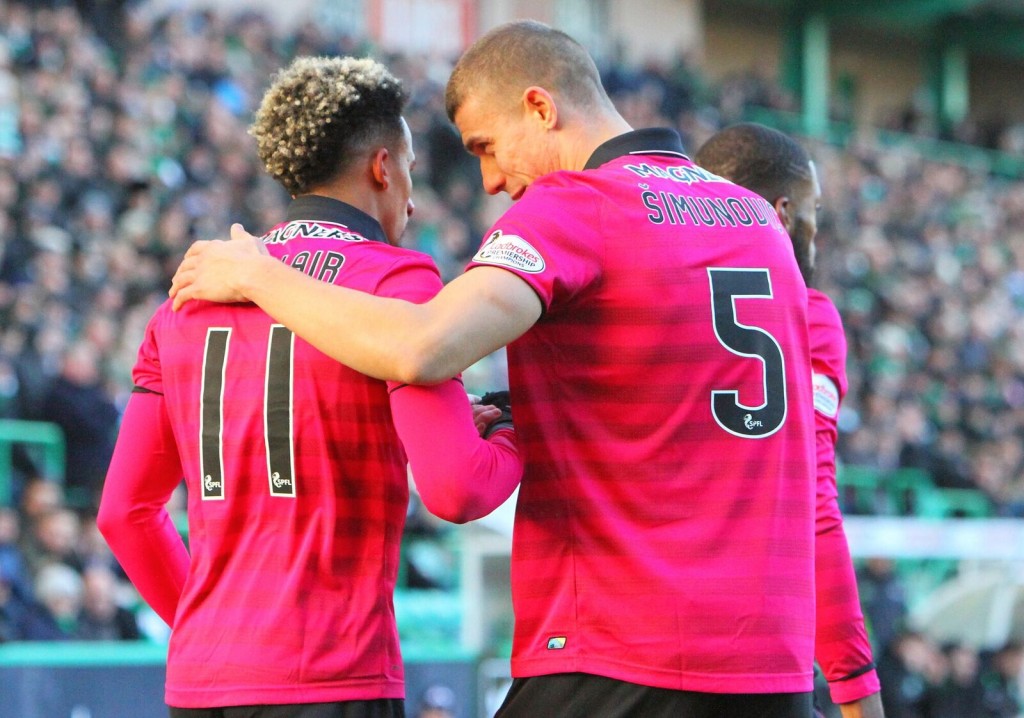 Sinclair, who netted twice to take his season’s goal haul to 14, ignored the attention from the opponent to try to continue his run which came to nothing.

However, the Englishman believed he could have had a penalty-kick and said: “The ref actually said to me: ‘Well done for staying on your feet’. If I can get a shot off, I’ll always stay on my feet. That’s how it went.

“I wasn’t thinking about it. I forget all about the last few games and was just concentrating on this occasion. I managed to get my shot off and that was that.”

Coincidentally, the player was involved in a similar situation against the same opponents in the 2-2 draw at Parkhead earlier in the campaign when he was clearly tugged by Efe Ambrose. He refused to go to ground and his shot was blocked.

Sinclair could have sealed the win for the Hoops in Edinburgh only moments after Mikael Lustig had cleared a shot from Oli Shaw off the line to preserve the remarkable unbeaten sequence, but he blazed wide with the last kick of the ball.

He added: “My first goal was just a reaction. When we get shots off, the front three want to be in there in case it comes back off the keeper or off the post. 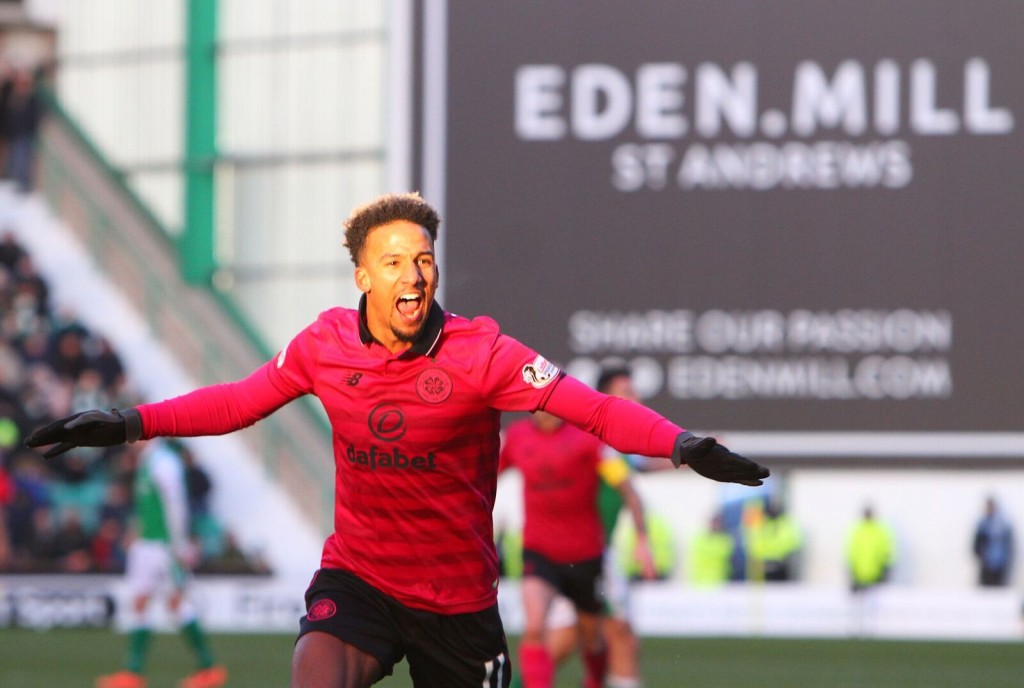 “Was it a weight off my shoulders? Not really. I go in to every game with confidence. I am always confident I can score goals and do as well as I can, so it doesn’t bother me.

“It was end-to-end by the end. At 2-0 up, I thought we had the game under control, but we sort of threw it away.

“When we had the two-goal lead, if felt very comfortable. However, you lose two goals like that and it ended up feeling like a loss.

“The block at the end was great from Mikael. He showed his quality by getting back to defend and do what he does best.

”Everyone who plays against us, it’s like their Cup Final. They all want to be the first to beat us.

“It makes it that little bit harder for us.”