Celtic Quick News on News Now
You are at:Home»Latest News»ROGIC REVEALS AIMS FOR THE FUTURE
By CQN Magazine on 27th April 2018 Latest News

TOM ROGIC reckons playing for Celtic is “pretty cool” and he “would’t change anything”.

The Aussie midfielder, preparing for Sunday’s title decider at Parkhead, is stalling on a new deal at the Hoops, but is adamant he is loving the responsibility and pressures of being at the club.

He said: “Celtic the club is enormous. There is obviously a large history and anytime there is a match or anytime you pull on that jersey, you have a responsibility.

“There is a certain amount of pressure that comes with representing the club, but all players want to play at the highest level and for the biggest clubs.

“That’s what comes with it, so it’s pretty cool to represent the club.

“It’s an atmosphere that is right up there with the very best in the world. 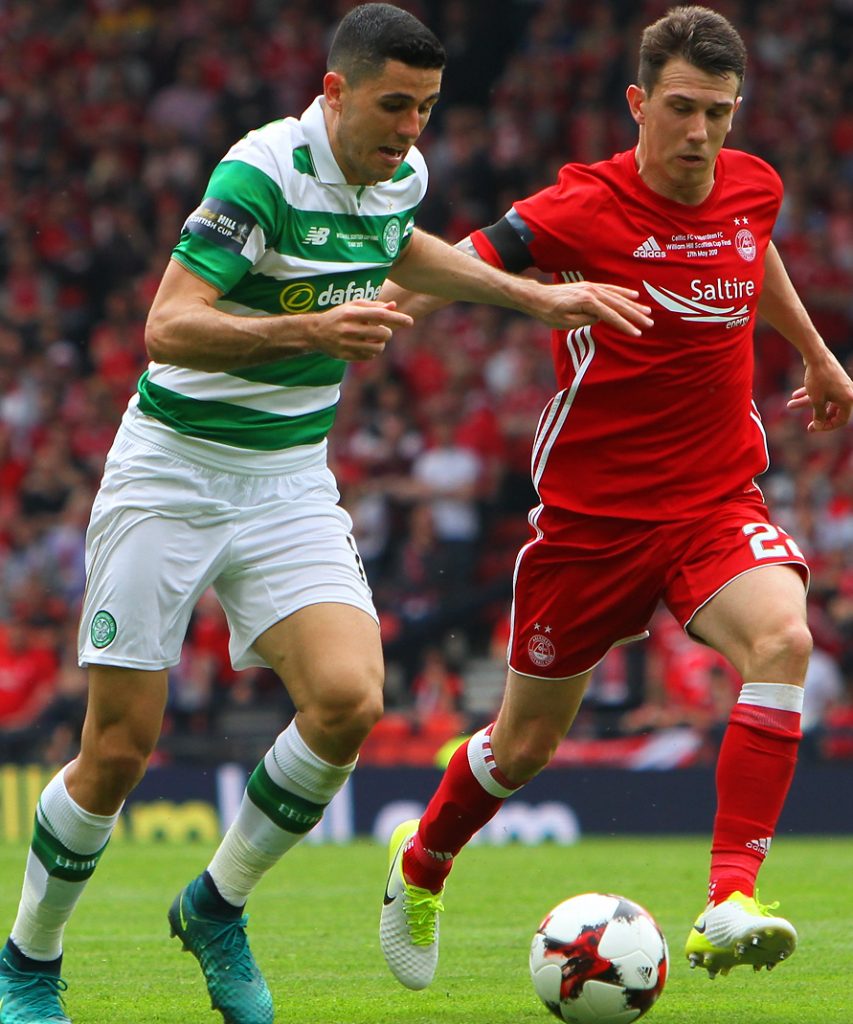 ‘It’s an amazing place to play and you certainly feel the support when you are out there.

“It seems like a long time ago since I signed and it seems like I’ve been here forever, but I wouldn’t change anything.

“I’ve had ups and downs as everyone has in football, but I can look back on the last five years and be proud of my achievements and fortunate to have been at this club for that period of time.

“Last season was pretty special on the whole. Going unbeaten and winning the treble and, for me, the last moment in the Scottish Cup Final was something I will never forget.

“But I don’t like to talk about it too much or focus on it because it only was one moment. We had a big squad and everyone contributed.

“For me, it’s just about improving and working hard every day – not getting complacent and striving to become better.

“I think that in this environment, the squad is very much driven in that way and we’re certainly heading in the right direction.”