Celtic Quick News on News Now
You are at:Home»Football Matters»SCEPOVIC FACES FIRING SQUAD
By CQN Magazine on 11th March 2016 Football Matters
CELTIC flop Stefan Scepovic is hoping to learn from the masters when Getafe take on Barcelona tomorrow afternoon.
The Serbian striker, who scored a mere four goals after joining the Hoops in a £2.4million deal from Sporting Gijon in August 2014, will line up against the three frontmen he rates so highly.
Scepovic is struggling for goals and has netted only four in 28 appearances for the Spanish outfit who have lost their last five league games without netting a solitary effort. 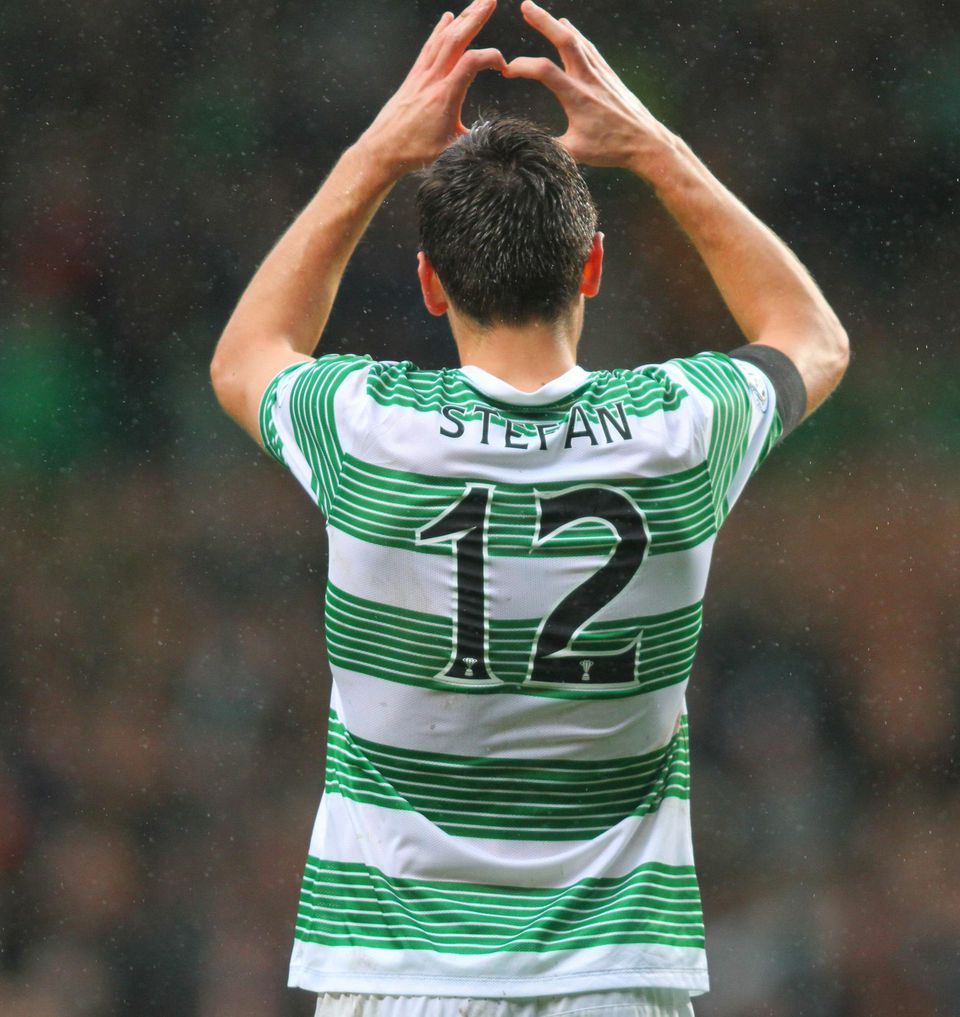 The forward, on loan to the Spanish outfit for the remainder of the season, can’t expect any mercy from Lional Messi, Luis Suarez and Neymar at the Nou Camp
He said: “The strikers of Barcelona are the best in the world and they are scoring an incredible number of goals.
“They are playing very well in all competitions. It will be a difficult match, we’ll try to do our best and surprise Barca.
“We’ll try to get a positive result. Surprises are always there in football. We’ll hope to get something out of the game as some other teams have done.”
Scepovic agreed a four-year deal when Ronny Deila signed him for the champions, but failed to make the grade at Parkhead.
Half of his four-goal tally came in the last day during the four-in-a-row league celebrations as Inverness Caley Thistle were overwhelmed 5-0 in Glasgow.
The Hoops allowed him to move to Getafe on a season-long loan and the Spanish outfit are considering making the move permanent – but only if the price is right.
His value has plummeted along with his goalscoring rate. The club are said to be willing to pay £1million for the attacker who claimed a remarkable 23-goal haul from 39 games for Sporting Gijon during his previous spell in La Liga.
Maccabi Tel Aviv monitored the situation last summer, but didn’t follow up their initial interest.
Scepovic admitted: “I hope to remain in Spain once this season is over.
“The Scottish League did not fit my style, but I think I did well when I played.”