Celtic Quick News on News Now
You are at:Home»Football Matters»SCOTT ALLAN THANKS THE CELTIC SUPPORT
By CQN Magazine on 23rd August 2015 Football Matters
NEW Bhoy Scott Allan thanked the fans after getting a hero’s welcome on his Celtic debut against Dundee United at Tannadice.
The stylish midfielder was introduced as a 67th minute substitute for Leigh Griffiths in the 3-1 triumph over Jackie McNamara’s side.
Allan, newly signed from Hibs, almost scored within seconds of coming on and was cheered steadily throughout the match by the travelling support. 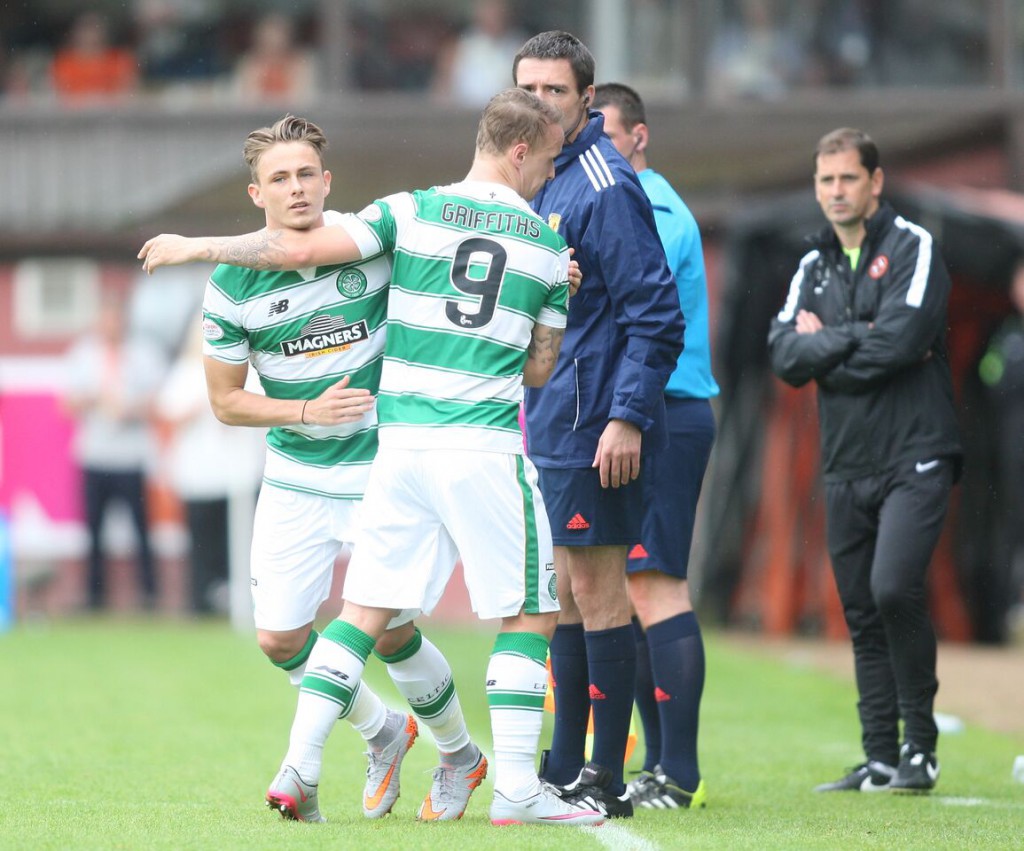 He said: “I was delighted to get on the park and show the fans what I can do, After all the speculation, I was just dying to get out on the pitch and it’s a great result for the boys.
“I got an unbelievable reception from the supporters. I said when I came on the park last week that they were different class, it was great today and I am looking forward to playing in front of them again. “It’s going to be tough for me to get into the team, but I have to have confidence in my own ability and, hopefully, I will get better, day in, day out, working with quality players here.

“The manager has told me that this is the place for the next level of my development and that he is the guy to take me forward. I’ve loved every minute of working with him so far.”

Kris Commons played the full match as he continues his comeback from injury and he has set his sights on playing against Malmo in the second leg of the Champions League play-off with the Hoops, of course, 3-2 ahead.
He said: “That’s my second 90 minutes since May, so I am just trying to work hard at the moment and, hopefully, the goals will come.
“We’ll go over Malmo with plenty of confidence and, after a bit of rest, we will be ready to go, all guns blazing and it would be magnificent for the club to get into the Champions League.”
Click Here for Comments >
Share. Twitter Facebook Google+ Pinterest LinkedIn Tumblr Email
Previous ArticleGRIFFITHS SET FOR SCOTLAND CALL-UP
Next Article MJALLBY ‘SEE SIGNS’ THAT VAN DIJK IS HEADING SOUTH