DAVID MARSHALL is unique among Celtic goalkeepers who have played a competitive game in Spain.

The Glaswegian is the ONLY Hoops netminder who has not conceded a goal on Spanish soil – and ELEVEN Parkhead shotstoppers have tried and failed in the past.

The miserable sequence kicked off in 1962 when John Fallon conceded four against Valencia in the now-defunct Inter-Cities Fairs Cup, Celtic’s first-ever match in European competition.

And the run continued all the way to 2018 when Scott Bain was forced to pick the ball out of the net in the same team’s 1-0 win over Brendan Rodgers’ team. That signalled the Irishman’s last Euro tie in charge of the team. 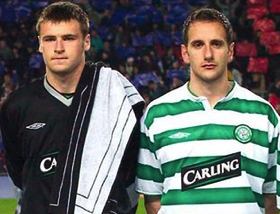 SPANISH AYES…David Marshall and his young team-mate John Kennedy prepare for the 2004 match against the Barca superstars. 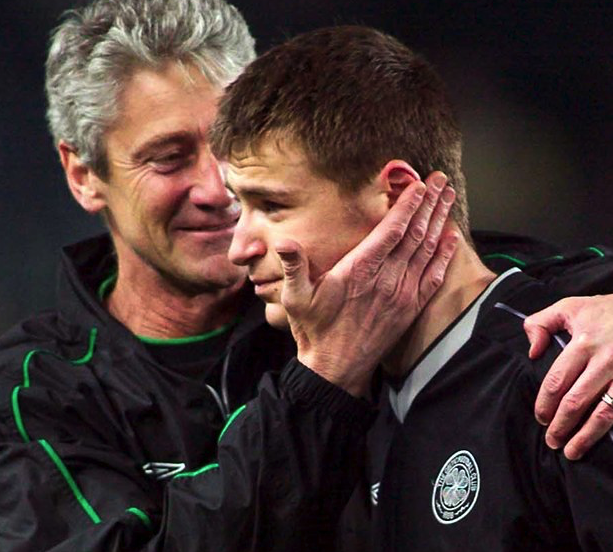 Joe Hart will be entrusted with the gloves in the Europa League Group B opener in Seville this evening for the club’s 20th outing in the country.

Marshall achieved his memorable landmark in 2004 when he produced a stunning display to deny Barcelona in a scoreless stalemate in the Nou Camp during a tense UEFA Cup encounter.
The agile last line of defence, who was only 19 at the time, performed heroics against Ronaldinho and Co as he inspired Martin O’Neill’s men to a 1-0 aggregate success after Alan Thompson had acrobatically fired in the only goal of the first leg in Glasgow.
Marshall succeeded where the likes of John Fallon, Ronnie Simpson, Denis Connaghan, Peter Latchford, Pat Bonner, Rab Douglas, Magnus Hedman, Artur Boruc, Fraser Forster, Dorus De Vries and Scott Bain all failed. 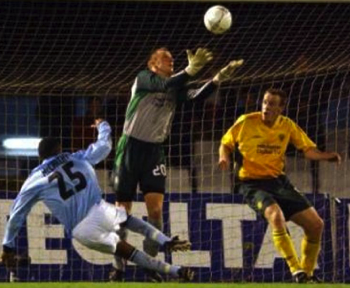 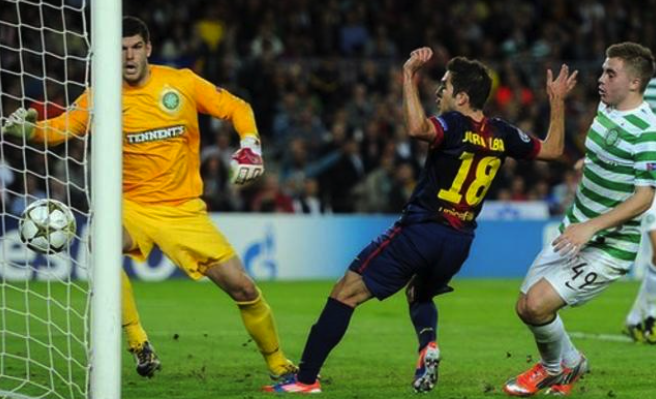 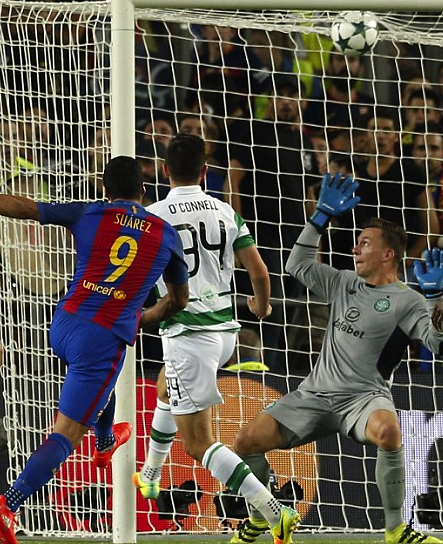 SEVEN AND HELL…Luis Suarez thumps in one of Barca’s goals against Dorus de Vries in their 7-0 romp in 2016.