EXACTLY a year ago, Celtic gifted St Mirren a goal of a start in a Premiership tussle in Paisley before fighting back to win 2-1 with goals from Shane Duffy and James Forrest.

Remarkably, NINE of the 14 players utilised that evening are no longer at Parkhead. Even manager Neil Lennon has gone which emphasises the hurricane of change that has hit the east end of Glasgow in a mere 12 months.

Three of the back four against Jim Goodwin’s outfit have moved out with right-back Hatem Abd Elhamed quitting four months later to return to Hapeol Be’er Sheva. Republic of Ireland defender Duffy returned to Brighton after his unsuccessful £2million loan switch while Kristoffer Ajer achieved his much sought-after transfer and was sold to Brentford for £13.5million in the summer.

LAST-MINUTE ORDERS…Scott Brown tells his Celtic team-mates what is expected of them in Paisley last year.

Skipper Scott Brown, of course, brought down the curtain on his trophy-laden Hoops career at the end of his contract to take up a player-coach role at Aberdeen.

Ryan Christie, with just six months remaining on his deal, agreed a cut-price £1million move to Championship side Bournemouth on deadline day.

Wide Bhoy Forrest, who saw his season blighted by injury last time out, was replaced in Paisley by Jeremie Frimpong, who, like Elhamed, left the club in January in a £11.5million switch to Bundesliga club Bayer Leverkusen.

Polish misfit Patryk Klimala, who netted only three goals following his £3.5million arrival in January 2020, was sold to MLS club New York Red Bulls for the same fee in April this year. 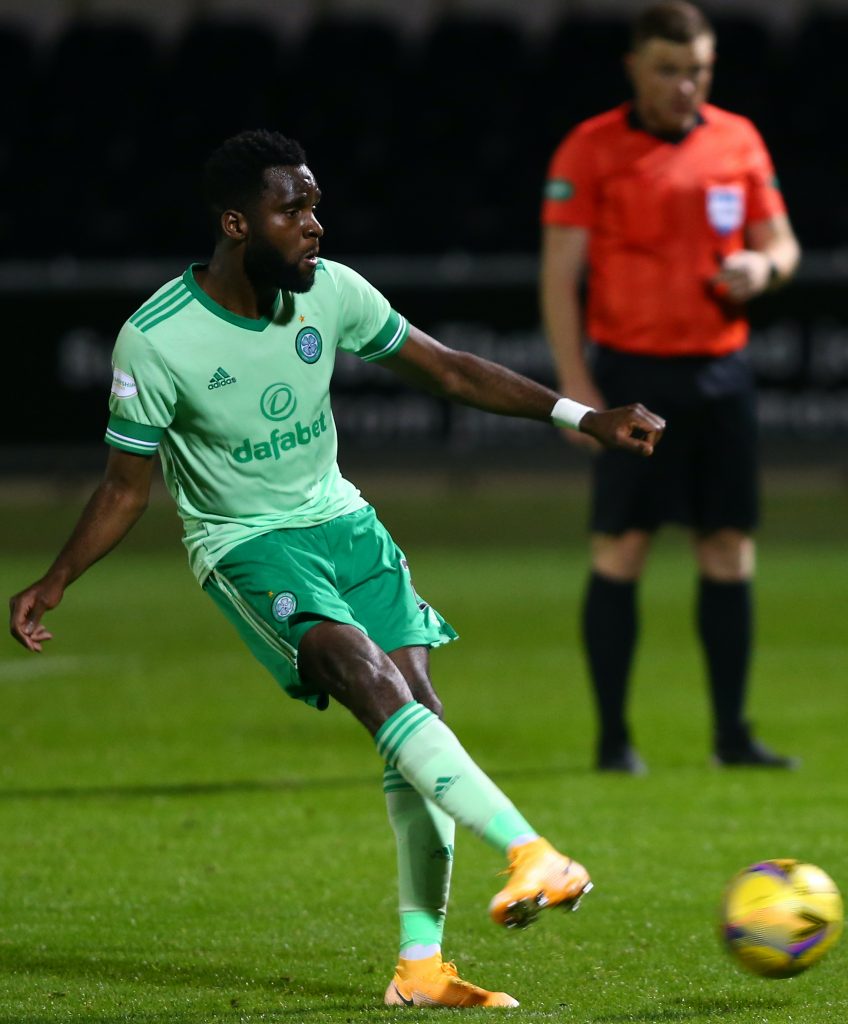 SPOT-KICK SINNER…Odsonne Edouard misses with his tame penalty in the 75th minute against St Mirren.

Odsonne Edouard, who fluffed a tame penalty-kick against the Saints, was removed with 10 minutes to go to be replaced by fellow-Frenchman Olivier Ntcham.

The striker got the move he so obviously craved when he joined Crystal Palace in a deal which will rise to £18.5million while the midfielder was released from his contract with 12 months still to go and he will line up in the English second tier with former team-mate Christie after agreeing a deal with Swansea.

Boss Lennon’s tenure came to an end in February only two days after a dismal display in an unacceptable 1-0 loss to relegation-threated Ross County in Dingwall. John Kennedy was put in chanrge for the remaining 10 games of the club’s first trophyless campaign in 11 years.

Ange Postecoglou arrived in June and 12 new players have joined in that frantic period. 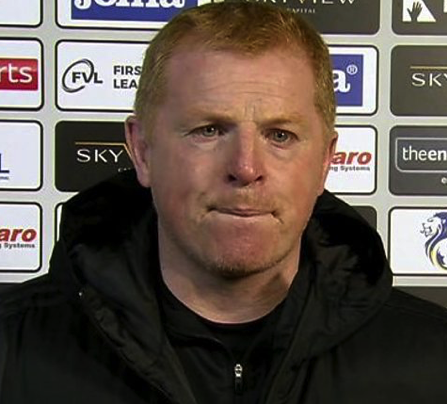 Celtic take on Real Betis in the Europa League Group G opener tonight – extraordinarily only ONE of the 14 players who featured in Paisley a year ago will figure in Seville – striker Albian Ajeti who came on as a 66th minute for Klimala.

Skipper McGregor, Forrest and left-back Greg Taylor are injured while keeper Vasilas Barkas is now third in the pecking order behind former England international No.1 Joe Hart and Scott Bain.

It’s all-change at Parkhead. One year between two fixtures highights that fact that fairly starkly.