Celtic Quick News on News Now
You are at:Home»Latest News»SIX-GOAL WELCOME BACK FOR BIG JOCK
By CQN Magazine on 10th March 2022 Latest News

JOCK STEIN returned to manage Celtic 57 years and one day ago to kick off the most glorious and spectacular era in the club’s history.

The action got underway 24 hours after his arrival with a league game against Airdrie at Broomfield.

In another CQN EXCLUSIVE, author Alex Gordon looks back at the momentous occasion with an edited extract from his publication, ‘CELTIC: The History Bhoys’. 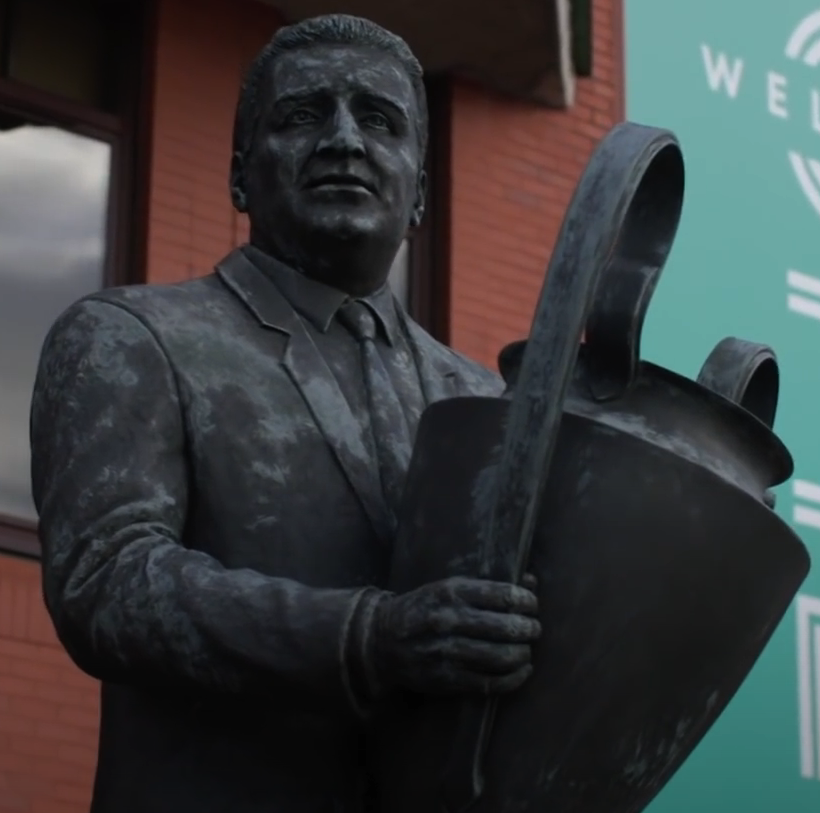 THE BIG MAN…the Jock Stein statue that has pride of place in front of Celtic Park.

When it was obvious the board would have to do something drastic, they moved for their former player and reserve team coach Jock Stein, who had aspired to management and had been an extraordinary success at Dunfermline and Hibs. He even piloted the Fife no-hopers to a fairly sensational 2-0 Scottish Cup Final replay victory over Celtic, of all teams, in 1961.

However, the verbal agreement almost came to a halt before the final syllable when the Celtic chairman put it to a strong-willed man he would have Sean Fallon as a joint manager. The Irishman had been Jimmy McGrory’s assistant and, in truth, did most of the training with the players while the manager stayed in his office at the ground and, incredibly enough, sorted out the wages for staff as well as other menial tasks.

Jock Stein, forcibly, rejected the offer to share the managerial duties with anyone else. Kelly, known to all as a stubborn individual, had to backtrack. Stein got his own way; it wouldn’t be for the last time, either. As a compromise, Fallon remained in his No.2 position. 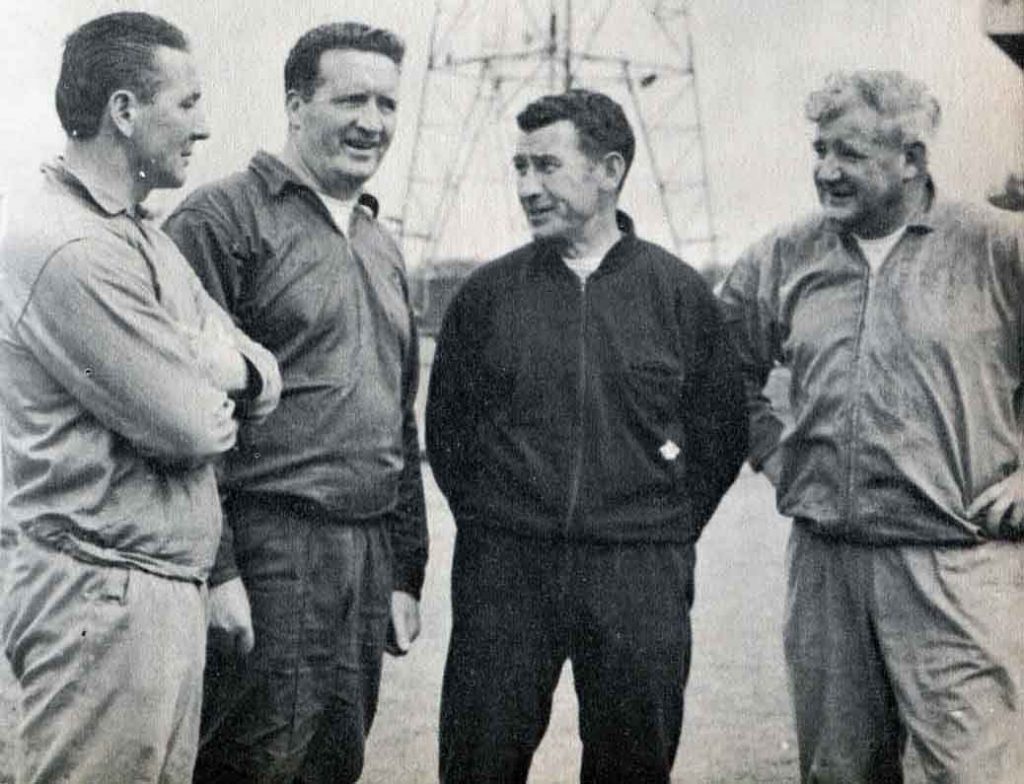 And so it was that Jock Stein found himself in the antiquated and very public dug-out at age-battered Broomfield on March 10 1965 to take charge of Celtic for the first time. John Hughes, the juggernaut forward known affectionately as ‘Big Yogi’ to team-mates and fans alike, got the ball rolling with the first goal in the new gaffer’s reign. The irrepressible Auld then took centre stage with FIVE goals, two from penalty-kicks, as the Hoops rampaged to a 6-0 triumph. 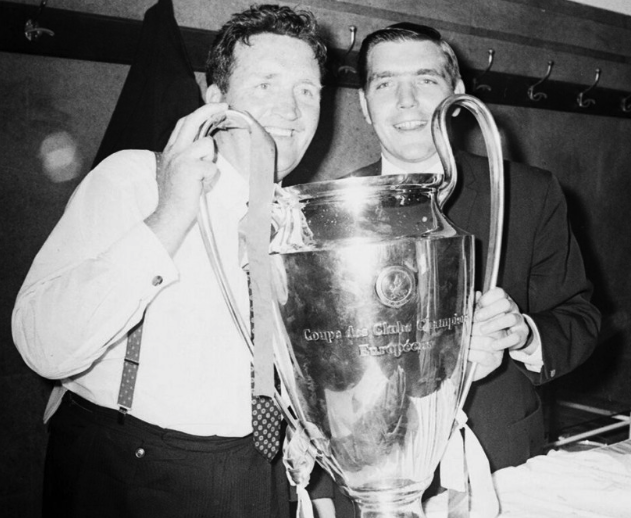 PRIZE GUYS…Jock Stein and Bobby Murdoch with the history-making European Cup after the triumph in Lisbon on May 25 1967.

The Celtic revival was on. The following month, the Scottish Cup would be won in dramatic circumstances with a late headed goal from inspirational captain McNeill in a storming comeback 3-2 triumph against Dunfermline and the first silverware treble in the club’s history was only a season away.

Big Jock Stein was making up for lost time in his trophy quest at Parkhead.