The former Hoops star and assistant manager was amazed German referee Daniel Siebert did not dismiss the Romanian following an incident that was highlighted by BT Sport who covered the action live.

Mjallby was astounded no action was taken when the 34-year-old midfielder was sent crashing after being struck by an obvious flying elbow as Djokovic made an unorthodox and vigorous challenge from behind. 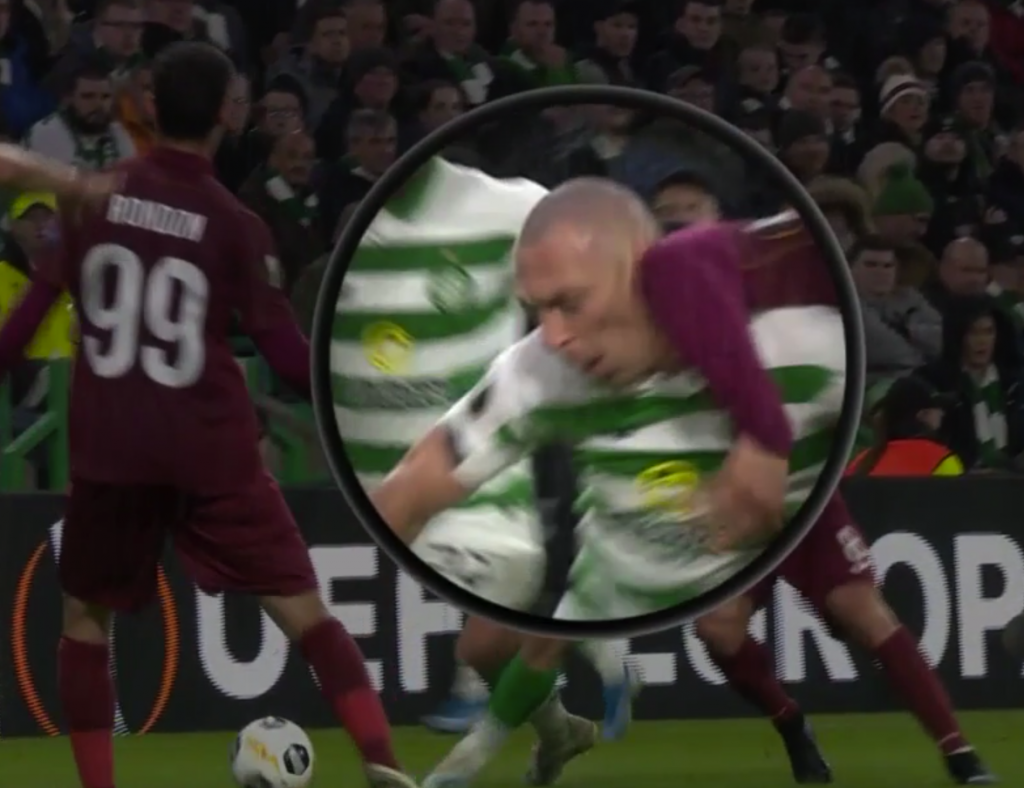 CRASH…Scott Brown gets an elbow in the face from Cluj’s Daman Djokovic. 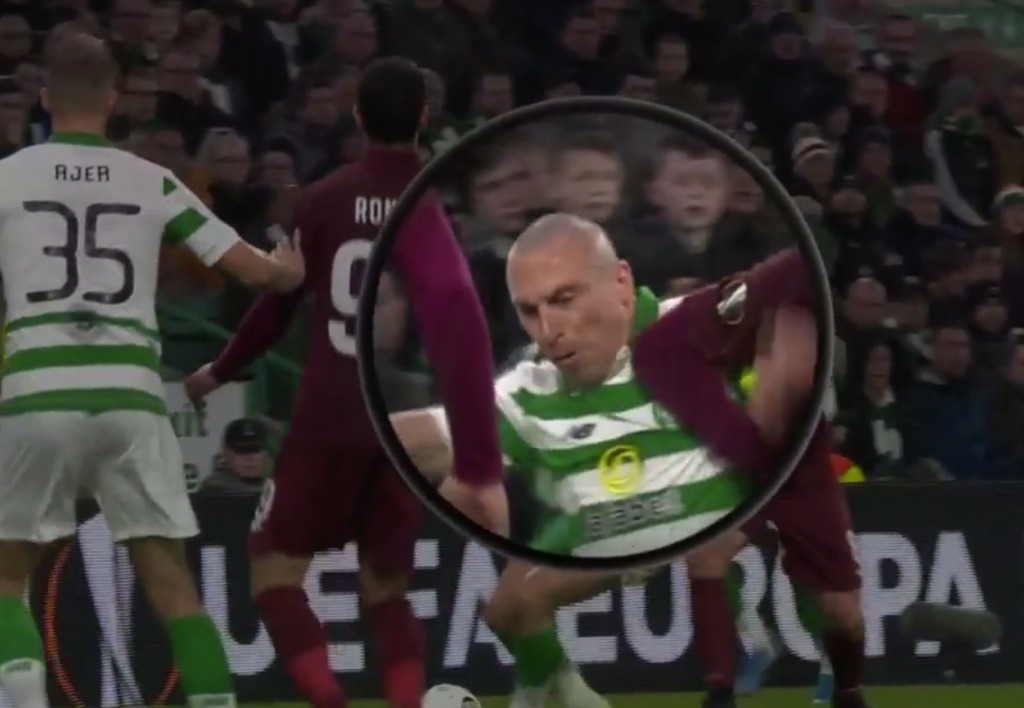 WALLOP…Brown bears the brunt of the challenge. Images provided by BT Sport.

During the half-time interval at Parkhead, the Swede told viewers: “I’m all for physical challenges, but that’s stupid.

Djokovic was never too far from Brown’s side until he was hooked by manager Dan Petrescu in the second-half.

He also escaped clipping the Hoops’ onfield ledaer’s heels as he stormed through in an attempt to get a shot on target.

Once again, whistler Siebert turned a blind eye to the infringement.