CHRIS SUTTON insists things started to turn in Celtic’s favour after their LOSS at Ibrox in late August.

The Hoops goalscoring great believed new manager Ange Postecoglou was beginning to show signs he could pull off the unbelievable and turn around his old club’s fortunes in such a short space of time.

Back then, Sutton reckoned the Greek-Australian’s refreshing attacking outlook and positive system looked “capable of wiping teams away on any given day in the Premiership, Rangers included.”

However, a header from Filip Helander proved to be the difference in Govan that day after the Swedish central defender was allowed to leap unchallenged to a right-wing corner-kick to thump a header behind the stranded Joe Hart. 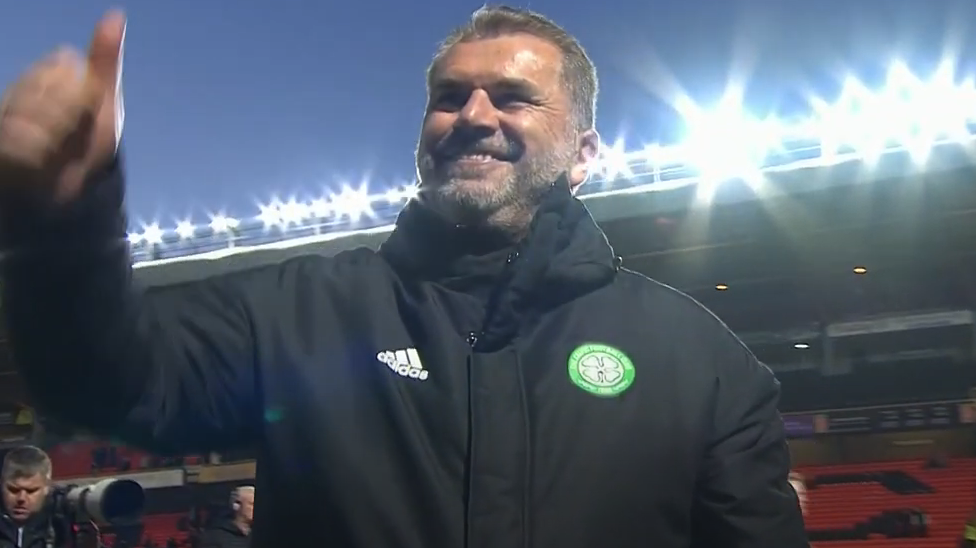 The visitors, though, had the bulk of possession and would have been ahead at the interval if Odsonne Edouard, in his last game for the club, had not contrived to miss a sitter from six yards when he screwed an effort hopelessly off target.

With the team trailing, Postecoglou took off the ineffective Frenchman and moved new signing Kyogo Furuhashi into the middle and only two instinctive saves prevented the Japanese frontman from scoring on his derby debut.

Sutton said: “Celtic ended up losing that day – but it marked a turning point. Odsonne Edouard and Ryan Christie left within 48 hours and Postecoglou defined the season by getting hold of Jota, Giorgos Giakoumakis and Cameron Carter-Vickers.

“It couldn’t happen immediately. Four points were shipped to Livingston and Dundee United before September was over, but you could sense something was happening when Jota hit his late winner against Aberdeen at Pittodrie.

“Postecoglou’s team really started to fire from there. They built wins and momentum.” 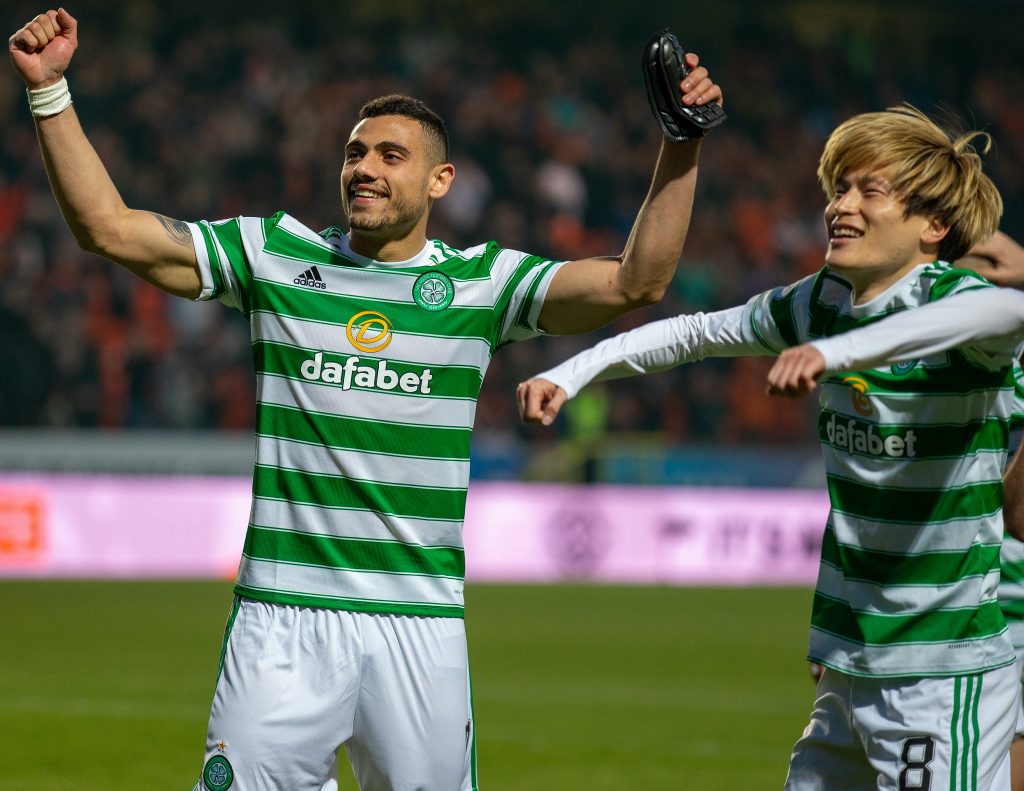 JOY BHOYS…Giorgos Giakoumakis and Kyogo Furuhashi, two of Ange Postecoglou early recruits, celebrate at the end of the title triumph at Tannadice in midweek.

Looking at the 2-1 Premier Sports League Cup triumph over Hibs in December, Sutton, speaking to the Daily Record, continued: “It was secured, yet still plenty of title work to do. Six points adrift heading into the winter break, January was key.

“On New Year’s day, I said: ‘Postecoglou’s first batch of signings have given them a chance of an unlikely title win. If the next lot are as good, they might just be able to pull it off’.

”The Aussie went out and captured Daizen Maeda, Reo Hatate and Matt O’Riley to boost the ranks and the momentum just kept building.

“As Rangers stuttered, Celtic were all over them. Gap cut to four, then to two, then the Ibrox side wiped aside in February to give Postecoglou’s team a one-point lead they never relinquished. The performance was brilliant and so was the response.” 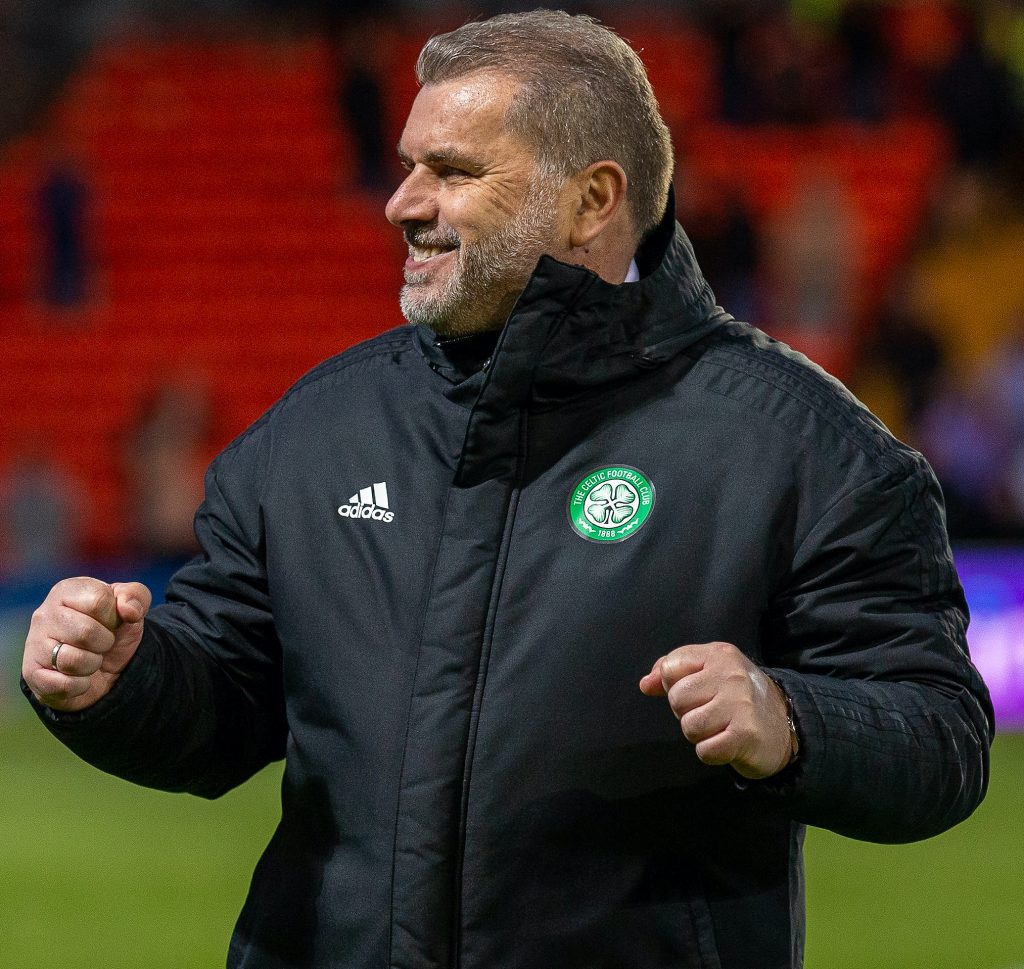 Sutton acknowledged the Hoops fans could only live in expectation more than anticipation back in the summer when the new manager came it to inherit the shambles of the previous campaign.

He needed to start again and the clock was ticking on that opening Champions League first leg qualifier against the Danes of FC Midtjylland in Glasgow on July 20.

Eight days later, the club’s participation in the elite European competition was over after a 1-1 home draw and 2-1 extra-time loss in the return.

The Premiership campaign got underway with a 2-1 loss against Hearts at Tynecastle on July 31 when the defence, as they had done on numerous occasions the previous year, failed lamentably to deal with a set-play and John Souttar powered in last-gasp winner. 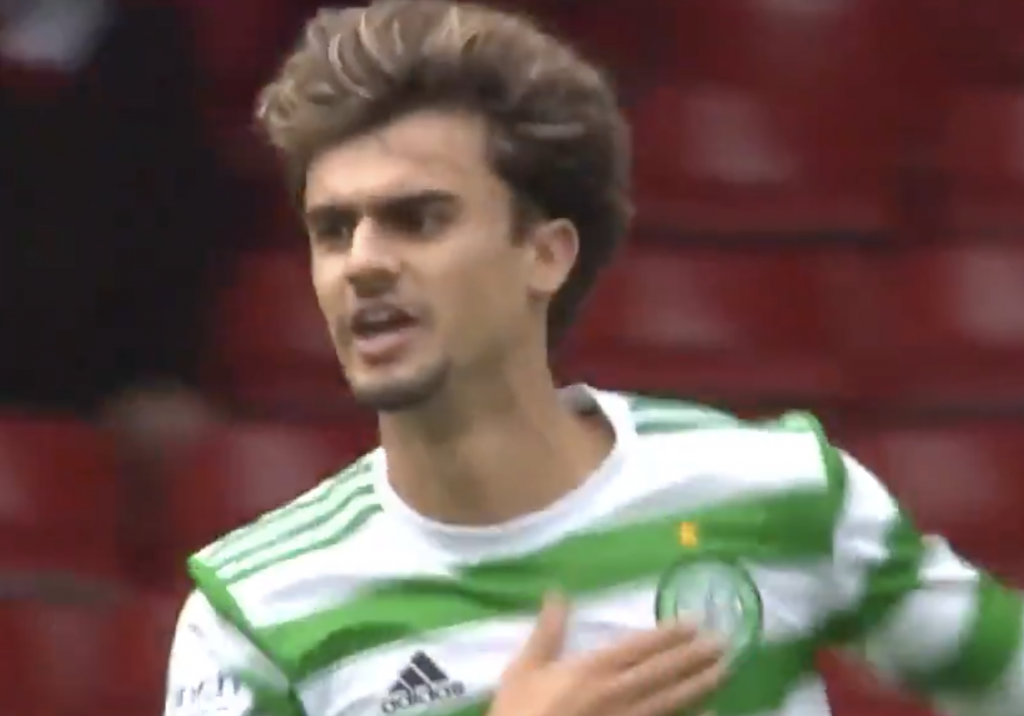 AWAY DAZE…Filipe Jota celebrates scoring the winner over Aberdeen at Pittodrie in October.

Postecoglou refused to push the panic button and on October 3 they beat Aberdeen 2-1 at Pittodrie for the team’s first away win since an identical scoreline against St Johnstone in Perth on February 14.

It was the start of something good which culminated in the 1-1 draw against Dundee United in midweek that delivered the club’s tenth title in 11 years.

The Celtic fans will get another opportunity to display their appreciation when 60,000 cram into Parkhead for the final league game of an extraordinary campaign against Motherwell tomorrow in the 12.15pm kick-off.